The FBI has a problem: How can you police criminals who haven’t yet committed a crime?

A new sense of urgency has come to characterize the debate over how to prevent mass casualty acts of gun violence, particularly those that are influenced by terroristic ideologies. As such, Americans are demanding more proactivity from law enforcement. Federal authorities have a plethora of tools at their disposal to monitor and intervene in exogenous terroristic threats, but what about those who were radicalized at home?

Monitoring domestic political threats was once the province of the FBI—a charge that it executed vigorously and, at times, excessively. The public outcry that followed the Watergate scandal and the revelations involving controversial counter-intelligence operations targeting civil-rights activists resulted in a series of measures that pared back the FBI’s domestic policing authority. Today, however, the national clamor for more aggressive policing of domestic terrorist activities—particularly those committed by young men who are attracted to misogynist or white nationalist political propaganda—has reached such a pitch that the restraints placed on federal law enforcement are now a source of frustration.

As the Wall Street Journal reported, “the agency’s ability to open an investigation solely based on hateful speech or affiliation with known domestic extremists is severely curtailed.” Like it or not, the right of Americans to speak, associate, and assemble as they like is protected by the Constitution. “As a result,” the report continued, “the law-enforcement response to domestic terrorism has been largely reactive—investigating and helping prosecute attacks after they occur.”

But what if you could identify potential threats before they committed a violent act and had the proper legal tools to intervene before lives were lost? That’s the dream of some, including, apparently, those close to the Trump administration. The Washington Post’s Jacqueline Alemany revealed on Thursday that an effort is underway to draft people close to President Trump—up to and including his daughter, Ivanka—to support a new technology that would purportedly do just that.

Advocates are lobbying for the creation of a new federal agency: HARPA, the Health Advanced Research Projects Agency, which would operate under the auspices of the Health and Human Services Department. Its mission is nothing short of pre-crime. According to Alemany, this agency and the technology it would utilize was originally intended to detect and cure potentially fatal diseases, but it can also “identify changes in mental status that could make an individual more prone to violent behavior.”

The proposal for HARPA obtained by Alemany discusses plans to use sensory technology and artificial intelligence that would provide “with high specificity and sensitivity” an “early diagnosis of neuropsychiatric violence.” But who would volunteer for such an intrusive project? Worry not: The suit of consumer electronics you wear on your body will conscript you. “Apple Watches; Fitbits; Amazon Echo, and Google Home,” the Post notes, will augment the information in your existing medical records. Thankfully, no one’s data will be harvested and uploaded to a public database monitored by a government agency that starts from a place of suspicion without your express consent. But as anyone who owns these devices can attest, the license that users grant these technologies to perform their essential functions is usually sweeping and the fine print often overlooked.

You don’t have to be a technophobe to see how such a system could be abused, even by those with the best of intentions. As it stands, civil liberties groups like the ACLU have raised concerns even with otherwise defensible “red flag” laws. So-called “extreme risk protective orders” crafted by state legislatures that care more for preserving public safety than protecting the rights in the Second Amendment are apt to run roughshod over Americans constitutional rights—especially in the wake of tragedy.

A Rhode Island bill crafted in the wake of the massacre in Parkland, Florida, for example, would have authorized law enforcement to confiscate a person’s legally-owned firearm after only one court hearing in which the accused was not entitled to counsel. The weapon or weapons would be impounded (following an invasive search of the accused’s property) for at least a year only to be returned if the subject could demonstrate the soundness of their mental faculties—an ordeal that could involve “a coerced mental health evaluation.” It would be an immeasurable gift to a future presidential administration possessed of less respect for the Second Amendment to have a database of potential offenders like that which is envisioned by HARPA’s boosters.

“Red flag” laws have the potential to make a real dent in rates of American gun violence, even if they primarily capture the potentially suicidal. But these laws will only be of value in a society that privileges personal responsibility. In a culture that declines to stigmatize the abuse of these laws or to impose social costs on irresponsible people who fail to proactively intervene when their loved ones exhibit dangerous behavior patterns, these laws could be the source of more harm than good. HARPA’s mission relieves Americans of that psychological burden of personal responsibility, maximizing the potential for harm and abuse.

Of course, its advocates are aware of the threat their vision poses to civil liberties and sensitive to the anxieties of private citizens. “Privacy must be safeguarded,” said one source familiar with the proposal. “Profiling must be avoided. Data protection capabilities will be the cornerstone of this effort.” The deployment of passive voice here is inauspicious. Just who is doing the safeguarding and avoiding? Silicon Valley? Washington D.C.? The courts? These are not reassuring venues.

Its advocates argue that a database that shares medical information across multiple platforms and with a variety of interests is overdue, and that’s arguably true. But there is a big difference between identifying the objective existence of a malignant tumor and the subjective assessment of one’s capacity for violent crime. No one should be eager to sacrifice hard-won civil liberties to speculative science and the goodwill of unelected bureaucrats. 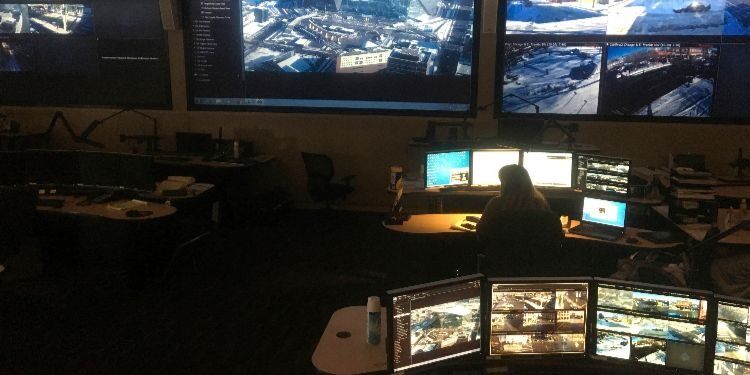