The Republicans are at it again. In the words of the New Yorker’s David Remnick, the GOP is crafting another “fear campaign.” This time, Republicans claim that Democrats are coming to take away your red meat in the name of the environment. “Apparently, I am a cow dictator,” Rep. Alexandria Ocasio-Cortez joked with Remnick. The congresswoman’s flippancy aside, she and her ideological allies have not been accused of bovine despotism but, rather, the old-fashioned sort of authoritarianism.

Ocasio-Cortez is responding to the fact that Americans have noticed that, when talking among themselves, her fellow Green New Dealers freely admit that curbing the effects of climate change requires limiting the public’s consumption of animal products. Some critics have pointed this out with theatrical flair. Sebastian Gorka, for example, has insisted that Stalin himself only ever dreamed of eliminating red meat from the Soviet diet.

Remnick’s defense of the freshman representative from Queens wasn’t a one-off. Republicans had again “pounced,” to use the New Republic’s unintentionally revealing verbiage, on Ocasio-Cortez’s suggestion that Americans shouldn’t “be eating a hamburger for breakfast, lunch, and dinner.” She was, it claimed, only expressing her well-intentioned concern for animals raised in “factory farming.” The amount of digital ink spilled debunking Gorka’s throw-away line was wildly disproportionate to the attention the original remark received. They protest too much.

An irritating feature of modern climate activists is their tendency to look upon those who restate their own positions with skepticism as though they had three heads. Gorka badly mangled the environmentalist view that industrial livestock production has a deleterious impact on the climate, but he didn’t cook it up from scratch.

In late 2018, the United Nations’ Intergovernmental Panel on Climate Change warned that humanity has only about a dozen years to prevent a runaway greenhouse effect that could increase global temperatures by as much as 1.5 degrees Celsius. The report recommended, among other measures, that consumers purchase less meat, milk, cheese, and butter. “There is increasing agreement that overall emissions from food systems could be reduced by targeting the demand for meat and other livestock products,” the report read. It recommended a 30 percent reduction in the amount of animal matter Western nations consume.

A study led by University of Oxford researcher Dr. Marco Springmann and published in the Journal of Nature the following month went much further than the IPCC. Beef consumption in Western countries, it stated, must radically decline, by as much as 90 percent. “We really need to push it to the edge of what is possible,” Springmann said.

This alarmism is reflected in the documents produced by the Green New Deal’s true believers on Capitol Hill. Its resolutions have called for public investments to pare back America’s industrial agriculture industry down to “local-scale” to achieve “a more sustainable food system.” The Green New Deal’s Frequently Asked Questions, which was hosted on Rep. Ocasio-Cortez’s official congressional website before she disowned it amid withering mockery, acknowledged the climate threat posed by cow flatulence.

For the Maoist wing of the environmentalist movement, which regards market capitalism as the source of the earth’s woes, the Western diet is just another indication of its decadent excesses. The Malthusians within the movement have proposed a variety of solutions, including supplementing Western diets with a nauseating amount of vegetable matter or even insects. Whatever their solution, it couldn’t be worse than the problem. “[C]ontinuing to eat as much meat as we currently do,” wrote Slate’s L.V. Anderson, risks transforming the earth into a Dickensian hellscape in which “disastrous weather events are routine, global conflicts will increase, only the wealthy will thrive, and the poor will suffer.”

There’s a gaping incongruity here. At once, climate change is an imminent threat to our way of life, drastic measures are necessary to stave off the worst of its effects, and curtailing industrial livestock production is one of those measures. At the same time, however, the mere suggestion that anyone in a position of authority would even think to impose restrictions on Americans’ capacity to consume animal products is a laughable conspiracy theory. This disparity rests on the assumption that skeptical observers ignore what is happening in American public schools.

This week, New York City Mayor Bill de Blasio thrust the city’s approximately 1.1 million public school children into the “Meatless Mondays” movement. “Cutting back on meat a little will improve New Yorkers’ health and reduce greenhouse-gas emissions,” the mayor said in a statement. Some city schools have already taken meat off the menu entirely. New York City is no aberration. The Los Angeles city school system has been meatless on Mondays for years. A bill working its way through California’s legislature would expand that prohibition statewide, curbing meat and milk-based foods explicitly as a way to reduce greenhouse-gas emissions. A new Washington D.C. law will force the city’s school system to reduce purchases of industrially produced meat by almost one-third to support “environmental sustainability” and “animal welfare.”

When public spaces are controlled by government officials sympathetic to the notion that American meat consumption is a major contributor to climate change, those officials have proven more than willing to assume the powers of a “cow dictator.” In Western countries with fewer affinities for decentralized power, the meatless movement has already gone national. And like all novelty panics, it seems that the undesirable consequences of these policies have been ignored.

Many of the persistent misapprehensions about livestock’s contribution to atmospheric greenhouse gases are rooted in a flawed 2006 United Nations report, “Livestock’s Long Shadow,” which erroneously claimed that emissions from agriculture production can outpace even the transportation sector. In the United States, the Environmental Protection Agency estimates that agriculture contributes only 9 percent of total greenhouse gas emissions—just 3 percent of total U.S. emissions are attributable to livestock. Ironically, replacing the protein humans need with a plant-based diet would require freeing up new land to cultivation, which releases the carbon stored in plant life into the atmosphere. That “carbon debt” has led some activists to reluctantly conclude that plant-based ethanol may not be a big improvement on gasoline.

Curbing animal production globally will inevitably make some people’s lives worse. There are 1.3 billion people who depend on the economic security they derive from livestock production, hundreds of millions of whom depend on those animals as a primary source of credit and wealth, not to mention insurance in times of hardship or crisis. And while eating too much meat is unhealthy, so is eating too little. Millions of children in primary education depend on school lunches as a nutritional supplement, and plant-based protein is no substitute for the stuff we get from animals—especially for growing children.

In the end, there is something healthy about the defensive and self-conscious reaction from climate change activists when skeptics confront them with their own policy preferences. It reflects the awareness that their assumptions have not been thoroughly scrutinized and the practical effects would be unpopular. Progressives might not recognize it as such, but that’s progress. 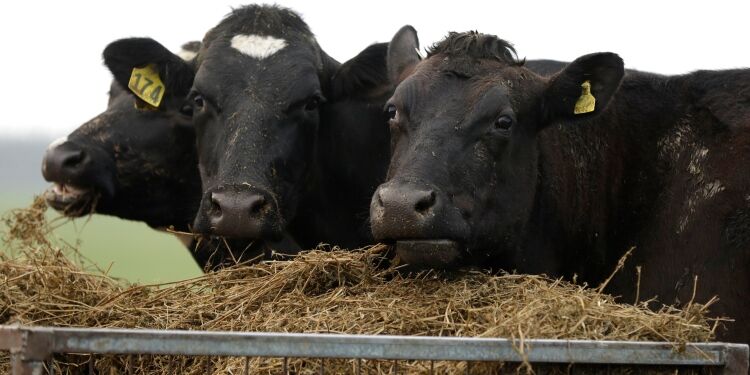