It looks like it might be a landslide. The bottom is falling out of Donald Trump’s support. Wishlist states like Alaska, Arizona, and Georgia—states that Democrats dared not let themselves dream might competitive—now seem to be in play. An independent candidate running to be President of Utah is getting close to the brass ring. Hillary Clinton may end up with 350 Electoral College votes or more.

Too late, however, Democrats are beginning to realize that winning by substantial margins is not itself enough to claim a mandate to pursue sweeping legislative reform. That will be particularly true if Clinton manages to win the White House by a substantial margin and Republicans retain control of one or both chambers of Congress. That mixed message would (rightly, as the Founders would have had it) yield gridlock. Clinton ran a campaign predicated on the dual notions that her place in the waiting line entitled her to the presidency and that she was not Donald Trump. That’s a winning message, but it does not a mandate make. Unable to conjure up a rationale for Clinton’s presidency, Democrats have taken to mocking Republicans who believe that they have their own obligations to their voters.

Some have noted that Clinton’s election would itself be a mandate. Only once since the Second World War has a two-term president been succeeded by a member of their party, and that achievement alone demands of Clinton’s Republican opponents deference. In fact, George H. W. Bush’s presidency is a dubious precedent to cite. Here, too, was a president who lacked a mandate save to stay the course, who had a vested opposition in Congress, and who was eventually undone by his compromises and the vicissitudes of the business cycle.

Others have noted that this election will be the sixth out of the last seven presidential elections in which Democrats will have won the popular vote. That, too, should incent some bipartisanship on the part of defeated Republicans, Democrats say. It will also likely be a year in which the House remains in Republican hands. That means that the Republican Party will have controlled the most responsive legislative chamber for 18 of the last 22 years. Rarely do you hear opinion makers marvel at the mandate conferred upon Republicans’ control over the first branch of government, the body the Founders insisted was the very embodiment of representative democracy. I wonder why.

Indeed, much depends on the outcome of the down-ballot races. The extent to which Donald Trump is outperformed by traditional Republican incumbents and office seekers under his name on the GOP column will tell us a lot about the public mood. If Trump’s contention that the election is “rigged” reaches a receptive GOP audience, it may depress Republican voters and undermine the support that GOP candidates have seen in the public polling. If the polls are right, however, the House will remain Republican, and Democrats are only narrowly favored to retake the Senate. A special election in Virginia in 2017 and an unfavorable map for Democrats in 2018 may ensure this shift in power to Democrats is a short-lived one. Given all this, Republicans will have little incentive to compromise with Clinton, and Clinton will have little authority to compel them to do so.

Anticipating this condition, even Clinton’s vice presidential nominee, Tim Kaine, has begun to claim that Hillary Clinton has a mandate to pursue comprehensive immigration reform with a pathway to citizenship in her first 100 days. Good luck with that, particularly if the Republican Party maintains an edge in Congress. Clinton might try to keep the torch of “Republican obstructionism” burning, but that’s its own trap. The dirty secret of the Obama era is that the “obstructionist GOP” message was a bust. It didn’t save the Senate for Democrats in2 014, nor did it persuade the GOP to abandon their opposition to the Democratic Party’s agenda. Even for a skilled communicator like Obama, who commanded the loyalty of every wing of his party, this approach was a failure. Hillary Clinton is welcome to try it, but the odds of success are not in her favor.

It might be unfair to saddle Clinton with the notion that she is a fluke president, the nation’s most unpopular chief executive who only won a landslide victory by virtue of her uniquely unworthy opponent. But the word “might” there is key. It’s a debatable proposition. If the GOP manages to stake a claim a mandate on Election Day, the measure of Clinton’s authority will be quickly put to the test. 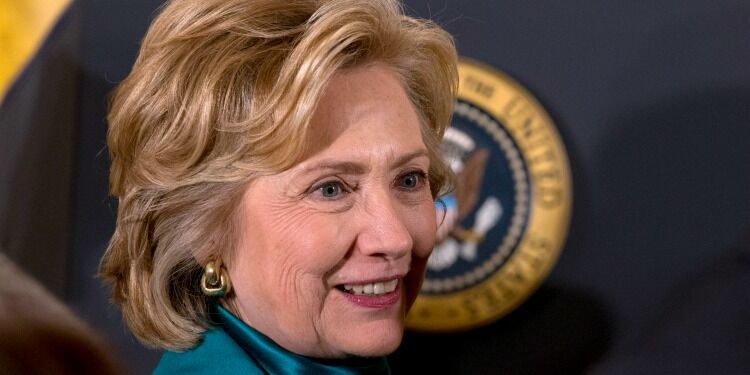