When it comes to the accusation that Donald Trump campaign operatives cooperated with Russian officials in the 2016 race, the president’s defenders have recently found themselves in a new position: on offense.

The implosion and retraction of a sloppy CNN story that alleged ties between a Trump campaign operative and a Russian investment firm put a veneer of doubt onto a whole catalog of related insinuations. Democrats and center-left pundits have begun to wonder aloud whether the Russian “collusion” narrative is a distraction from the necessary work of crafting a liberal governing agenda. These days, reporting on the concurrent congressional and Justice Department investigations into the Trump-Russian Nexus focuses more on the prospect that Donald Trump obstructed justice—not that he undermined American sovereignty. The pro-Trump phalanx is strutting in vindication over the crumbling of the “Russian collusion myth,” and who could blame them? Unambiguously good news for Trump on the Russian front has been in short supply.

A dispatch in the Wall Street Journal on Thursday, however, suggests that the president’s supporters celebrated the demise of the collusion narrative prematurely. Investigators probing the claim that Trump operatives worked with Russian officials in any capacity have long sought a link—perhaps a third-party intermediary or the like—who could connect Russian government-backed hackers to the president’s campaign. The Journal’s Shane Harris may have found it.

His report alleges that longtime Republican operative Peter Smith, who passed away this year at the age of 81, assembled a team with the mission of acquiring communications that might have been stolen from Hillary Clinton’s private email server. Smith’s targets were the 33,000 emails Clinton dubbed personal in nature that were summarily deleted from her server before it was handed over to the FBI—the same missing emails Trump himself theatrically asked Russian hackers to dig up and reveal to the public on the campaign trail. “We knew the people who had these were probably around the Russian government,” Smith told the Journal before his death. In this effort, Smith presented himself as a conduit to General Mike Flynn, who was at the time an advisor to Donald Trump’s campaign and would later become his national security advisor.

The story is thoroughly sourced. The Journal directly reviewed the emails described. The report cites investigators directly involved in the probe into Russian interference in the 2016 election and who confirm through Russian sources efforts made to secure emails from Clinton’s private server. It implicates both Flynn and his son, who was also briefly employed by the Trump transition team. These are serious charges. Even if “collusion with a hostile foreign power” is still too great a leap, this report alleges an effort to leverage illicit material purloined from a Cabinet-level official to advance Donald Trump’s political prospects.

For now, though, President Trump’s problem isn’t legal but political. His struggles are not dissimilar from those that once plagued Hillary Clinton. The former secretary of state labored through the 2016 campaign year with a cloud of mistrust hanging over her head. Her paranoid conduct as secretary of state ensured that there was no way to definitively disprove the notion that she imperiled American national security in service to her sense of personal “convenience.” Despite the FBI’s qualified exculpation, Clinton never regained the public trust.

Trump, too, is now struggling to govern with a cloud over his administration. The notion that the Trump campaign benefited incidentally from Russian intervention in the political process is widely accepted, with Trump’s true believers representing the exception to the rule. The claim that the Trump campaign actively colluded with Moscow or its representatives to secure electoral advantage has been harder to prove. The Trump campaign’s links to disreputable individuals, many of whom cultivated conspicuous ties to the Kremlin, also renders that charge unfalsifiable.

Stories like the Journal’s latest bombshell only fuel the public’s suspicions. Even if the special counsel investigation eventually exonerates Trump, the notion that the president worked with Russia to undermine the American political process will remain an article of faith for many—if the counsel’s office makes such a determination. While Robert Mueller’s probe is underway, prudent Americans are well-advised to reserve judgment.

Those who are confident that either Trump colluded with Moscow or is entirely innocent of that charge have let their wish be father to the thought. For now, there are only questions, but those questions sap the Trump administration of authority and legitimacy. More disturbingly for the administration, those questions may never be answered definitively enough to make the “collusion” narrative disappear. As such, the president may never be able to climb out from under the veil of suspicion engulfing his administration. 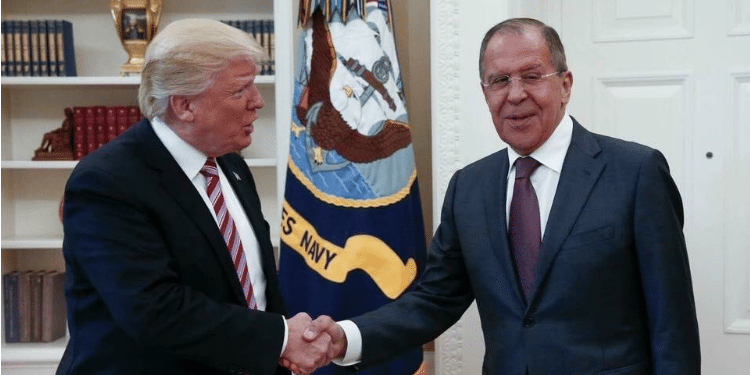