Unless you’ve managed to lock yourself away in Henry Bemis’s bank vault, you’ve probably heard the national political press declare that President Barack Obama is once again cured of lame duck syndrome. Largely as a result of exogenous events over which this White House had little or no control, the political media is celebrating, some shamelessly and without regard for the pretense of objectivity, Obama’s “best week ever.” We’ve been here before. Concomitant with the impression that Obama is once again in command of events rather than battered by them, the president’s job approval ratings are on the rebound. Movement conservatives are understandably disappointed by the course of recent events, but there is every reason to believe that the American political pendulum hasn’t finished swinging back in the GOP’s direction.

In a typically insightful column, National Review’s Kevin Williamson recently observed that we might have entered a period of “peak liberalism” characterized by frantic, almost manic, pursuits of trivial cultural victories followed by excessive celebratory displays that serve primarily as tribal self-affirmations. Williamson suggests that this conspicuous behavior might be a subtle acknowledgment of the fact that cultural progressivism has reached its zenith and will soon being to recede. “If there is desperation, it probably is because the Left is starting to suspect that the permanent Democratic majority it keeps promising itself may yet fail to materialize,” he wrote. Williamson has identified a condition of which partisans on either side of the aisle would be shocked to learn. For those on the left, progressivism’s march is relentless; it’s speed, constant; it’s course, unalterable. For conservatives, the Obama era has been an endless stream of disappointments punctuated by only occasional and minor reprieve. If there were a pendulum swing in the works, both Democratic and Republican partisans would probably contend that it is sub-rosa to the point of imperceptibility.

But conservatives have reason to indulge in a little optimism. Since the end of World War II, American political culture has a remarkably constant tendency to counter the excesses of those in power. At the presidential level, this propensity is exaggerated and most easily observed (there’s a reason why only once has a party won three consecutive terms in the White House in the post-war period). To some extent, this is a natural function of the physics of political coalitions. As Real Clear Politics analyst Sean Trende put it, political coalitions are like water balloons: “When you press down on one side, another side pops up,” he noted. A winning national coalition must necessarily be so broad and diverse that it will eventually mature into something unwieldy without substantial maintenance. As the Democratic coalition of voters forged in the New Deal era dissolved amid neglect, Republicans began to pick off key elements of this coalition (working class whites, in particular). Democrats hope to replace their winning alliance of voters with a new emerging group of ascendant voters – the backbone of which is made up of students, women, and minorities. Hillary Clinton’s frantic efforts to ingratiate herself to Barack Obama’s voters are indicative of how uncertain Democrats are that Obama’s coalition of voters is now a permanent Democratic voting bloc.

Making it permanent is an urgent Democratic project, in part, because history suggests that the wind will not be at Democratic backs in 2016. No matter how “ascendant” your coalition may be, securing that elusive third term in the White House, much less maintaining coattails for your party’s down-ballot candidates, is always a struggle. This condition will probably be made worse for Democrats insofar as the electorate has been registering various levels of dissatisfaction with the state of affairs now for three consecutive elections, only to see progressive causes continually advanced.

Following two consecutive Democratic wave elections in 2006 and 2008, the electorate soured on Democratic governance and delivered the House of Representatives (as well as a slew of statehouses and legislative chambers) to the GOP in 2010. It was a victory that indicated the Republican revolution of 1994 and their ensuing 12 years of governance in Congress after generations of Democratic supremacy was no fluke. And what did voters gain from this no confidence vote? The Affordable Care Act signed into law, the Budget Control Act (sequester) indiscriminate cuts to defense spending, and a series of executive orders that invalidated the Defense of Marriage Act, Don’t Ask/Don’t Tell, the gutting of the 1996 welfare reform laws, and the watering down of American immigration law. Whether or not one views these as positive accomplishments, they are indisputably associated with liberal policy priorities.

The 2012 election can most charitably be described as a status quo election; Americans were dissatisfied with the state of affairs, both foreign and domestic, but were not sufficiently horrified by them to transfer any branch or chamber of government to the opposition party. The president and his party, however, chose to interpret his reelection as a mandate to redouble his efforts to set the nation down a liberal course. The Democratic Party rammed through tax increases on top marginal rates as well as payroll, which is not to mention the tax hikes associated with the implementation of the ACA. Democrats engaged in a failed gun control push that the president has pledged to pursue indefinitely regardless of how often it is rejected. Obama again rewrote immigration law via executive authority, pursued liberal priorities like carbon taxation and net neutrality through America’s regulatory agencies, and applauded as his party curtailed the minority party’s rights in Congress so as to see all of his nominees confirmed.

In 2014, the voters revolted again. A wave election arguably larger than 2010 swept a generation of liberal lawmakers out of office at the local level and delivered the U.S. Senate to the GOP. Again, the voters were ignored. The president’s party has obstructed the construction of the Keystone pipeline to death, preserved Obama’s determination not to enforce existing immigration law, and celebrated as the Supreme Court dubiously affirmed the ACA once more and dubbed same-sex marriage a constitutional right. Again, whether or not one agrees with these policy prescriptions is immaterial; they undeniably advance liberal objectives.

If history is any guide, change is coming. Dispirited conservatives will balk at the notion that Republicans can serve as change agents, but the out-party is the most frequent beneficiary of this voter sentiment. For progressives, the irrefutable moral justification of their cause renders any setback to its agenda a deviation from the norm, but this is self-flattery. American political history and the inherent dynamics of republican politics suggests that voters will soon correct for the excesses of the progressive left that it once empowered. When it happens, it will probably come as a shock to all those progressives who are forever citing the long march of history to justify their peculiar policy preferences. 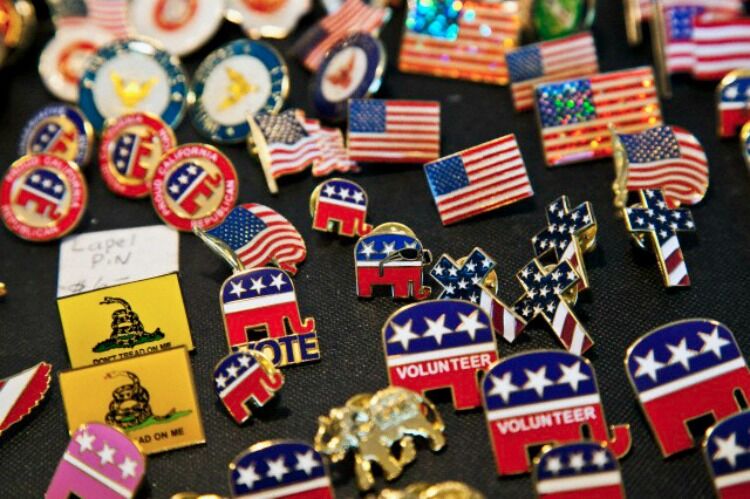 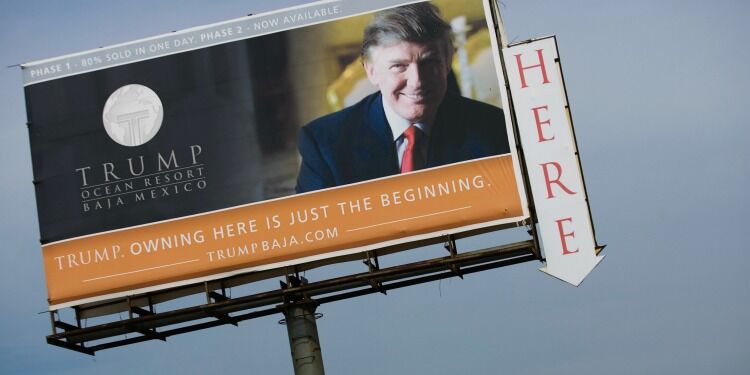 The Ethics Cloud over Trump