For political observers, it’s regarded as gauche to re-litigate Barack Obama’s presidency amid the chaos and tumult of the Trump years. Many will scoff at the effort to take stock of the precedents set in the last administration, even if the purpose of such an evaluation is to appraise how we got to where we are today. They have a point; dwelling on the last administration can suffice for a counter-narrative with no higher purpose than to give partisan Republicans a way to deflect criticisms away from Trump. But that does not absolve us of our obligation to set the record straight. When it comes to the Obama era, that record is, at times, a disturbing one.

For example, it would be wise for the nation’s objective and center-left media outlets to join the right in dedicating some attention to a bombshell scoop alleging the systemic violation of American civil rights in the Obama years.

According to an unsealed document obtained by Circa’s reporters, an opinion authored by a Foreign Intelligence Surveillance Court disclosed that about 5 percent—or one out of every 20—intercepts of foreign communications by the National Security Agency swept up data on American citizens. Intercepts increased by three-fold following the Obama administration’s loosening of U.S. privacy rules in 2011. Those intercepts were self-reported by the Obama administration in late 2016, but the court issued an uncommon rebuke of the administration for failing to make those disclosures sooner. That “institutional lack of candor” concealed a “very serious Fourth Amendment issue,” the court document read.

This is no small matter. In January, former Director of National Intelligence James Clapper and Attorney General Loretta Lynch approved of new rules for the NSA that would further loosen standards regarding what raw intelligence data it was allowed to share with the rest of the intelligence and law-enforcement community. At the time, privacy advocates demanded the administration rein in the powers of the presidency if only to box in Trump. Not only did the Obama administration do precisely the opposite, “former Obama administration officials” bragged to reporters about the obvious trail of intelligence gleaned from foreign intercepts they left behind for anyone interested in investigating the Trump campaign’s links to Russia.

Among those intercepts were communications between then-National Security Advisor designate Mike Flynn and Russia’s U.S. Ambassador Sergei Kislyak. The transcript of one of those calls was related to a reporter and published in the New York Times. Flynn was “unmasked,” disgraced, and, subsequently, compelled to resign. For many pundits and journalists, the ends justified the means in this case. That is, however, a terrible precedent to set. It’s one that they will regret ignoring when the next American is targeted for political retribution through the abuse of the American intelligence apparatus.

Barack Obama’s legacy is very much on his mind, even if it is no longer on most of ours. Appearing alongside German Chancellor Angela Merkel in Berlin, the president reflected on what history will likely regard as his greatest mistake: allowing the crisis in Syria to metastasize. He noted that, “despite our best efforts,” the nearly seven-year-old conflict persists. Obama added: “As president I didn’t always have the tools I wanted to affect those changes, but at least we tried.”

The former president confessed that he is “haunted” by the nearly 500,000 Syrians who died in that conflict on his watch. That is to say nothing of the millions who were displaced either internally or abroad, the rebirth of toxic European nationalism that migration catalyzed, or the erosion of prohibitions on the use of weapons of mass destruction on the battlefield. Depending on the audience, Obama is either “proud” of his decision not to act on his own red line or was hamstrung by Congress, on whom he relied (along with Moscow) to stay his hand.

If Obama is prepared to lean on historians to write the story of his administration as he would prefer it be written, it is incumbent on those who chronicled that story in real time to ensure posterity gets it right. It’s not an abandonment of journalistic integrity and responsibility to look back on the Obama years critically. It’s vitally necessary, particularly if we want to make sure those mistakes are never repeated. 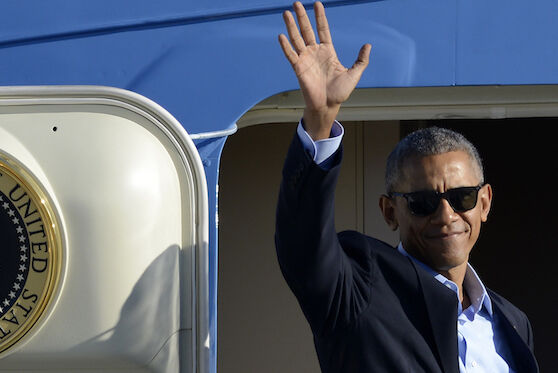