When it’s a real crisis, you don’t have to argue the fact. Quite unlike the crises Donald Trump has faced thus far in his presidency—from a surge of migrants at the border to the effects of climate change to even the prospect of direct conflict with Iran—no one is debating whether the Coronavirus pandemic meets crisis proportions.

The federal and state governments are struggling to meet the measure of a crisis for which they did not fully prepare because its prospect was relatively remote. But even predictable crises that are perfectly visible on the horizon are rarely the subject of much genuine public concern. The looming threat posed by the insolvency of America’s unfunded liabilities and obligations is one such predictable crisis, albeit one that pales amid the urgency of the present moment. The problem is, however, that it has paled against every moment. In times of peace and prosperity and periods of instability alike, the looming debt crisis takes a backseat. This is why it is so unsavory for congressional Republicans to take an uncompromising stand on spending at this particular moment.

Late Thursday night, Senate Republicans proposed their version of a relief package for the millions of Americans who suddenly find themselves jobless or without reliable sources of income as the pandemic slows economic activity to a crawl. The so-called “Phase 3” relief package envisioned by Senate Republicans proposes a set of rebates for Americans, up to $1,200 for most individuals who reported less than $75,000 in 2018 and $2,400 per couple who made less than $150,000. Dependent children qualify for another $500 in additional benefits. But if you didn’t show enough income to pay income taxes in 2018, a smaller benefit is on offer: Just $600 for individuals, $1,200 per couple. The GOP plan would means-test assistance payments, cutting off individuals who made more than $99,0000 and couples making $198,000 in income based on 2018’s tax filings.

Sen. Lindsey Graham underscored his conference’s concerns about what a larger relief package would mean for the national bottom line. “The federal government is going to underwrite probably 70 percent of the payroll in this country if the containment policies continue to be this aggressive,” he said. “Nobody’s ever thought of that before, nobody’s ever done that before, it’s gonna be a hell of a lot more than $1 trillion.” Indeed, he’s right. The price tag not just on this package but the relief Republicans envision for small businesses and major industries, to say nothing of the frontline institutions tasked with containing the disease, will be massive. That’s why you observe fiscal discipline in times of plenty. The borrowing the federal government must do now would be a source of less concern if the country wasn’t in debt to the tune of $23 trillion.

But that discipline was nowhere to be seen when Republicans enjoyed total control of the federal government from 2017 to 2019. Contrary to progressives, federal receipts in 2018 increased by $24 billion despite (or, more accurately, because of) the GOP’s efforts to reform the tax code. As ever, the problem is not revenue but spending. Non-discretionary expenditures on items like Medicare, Medicaid, Social Security, income supplements, and interest on the debt (which is estimated to soon consume more tax dollars than the entire defense budget) are forever growing. On more discretionary items, the 115th Congress wasn’t exactly frugal either. Congress passed spending bills that burst through the caps imposed by the 2011 “sequestration” deal. They increased defense spending by $83 billion annually and conceded to Democratic demands for another $60 billion in non-defense spending. Amid all this, the Republican Party’s fiscal hawks subordinated their nagging consciences to their political instincts, knowing full well that the bill would one day come due.

It would, however, be a mistake to assume that the GOP’s more circumspect relief package is a product of principle alone. As Fox News Channel reporter Chad Pergram reported, the Republican effort is an attempt to wrest control of the negotiating process away from Speaker Nancy Pelosi and Treasury Sec. Steve Mnuchin, and to impose caution on the president so he does not endorse whatever spending proposals Democrats introduce. The Republican relief proposal is, therefore, not a proposal at all but an opening bid.

Such cynical displays aren’t alien to Congress, but this kind of horse-trading amid an unprecedented financial emergency isn’t just unseemly. It’s politically tone-deaf. When the horse you’re trying to trade is Pestilence itself, your negotiating position is downright suicidal. 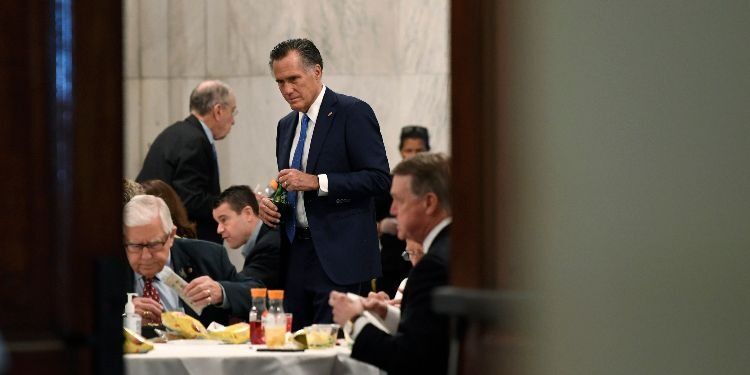