Judging only by their own talking points, congressional Republicans are struggling to defend President Donald Trump against the claim that he committed impeachable offenses in office.

In a 123-page document released Monday ahead of the House Intelligence Committee’s report detailing the charges against the president, Republican lawmakers argued that the evidence uncovered by the committee’s impeachment inquiry does not support the claim that Trump withheld security assistance or even the promise of a bilateral meeting with Ukraine’s president to compel Kyiv to conduct politically charged investigations. But, of course, White House Chief of Staff Mick Mulvaney admitted that was Trump’s intention and objective.

Republicans further argued that the “fundamental fairness” of the inquiry was in doubt, and it was thus incumbent on Trump to discourage participation in the impeachment process. But the GOP had previously argued that denying the White House the opportunity to participate in the inquiry during its closed-door depositional phase also rendered the proceedings illegitimate.

The GOP’s prebuttal further sought to impugn the character and motives of the witnesses called to testify, dismissing them as “unelected bureaucrats who disagreed with President Trump’s policy initiatives and processes.” And yet, the witnesses who delivered the most damaging testimony against the president were his own Senate-confirmed ambassadors and national security officials. And while it is true that none of the witnesses could testify to Trump’s expressed intentions when he delayed the disbursement of congressionally approved aid to Ukraine, that’s only because the White House has prevented those who might know more about the matter from testifying (a maneuver the Republican report wholly endorses).

But while members of the GOP have not had much luck unearthing facts that exculpate the president, when it comes to the competence of their Democratic opponents, they’ve drawn a fantastic hand.

Already encumbered by the burden of proof, congressional Democrats made their lives far more difficult by shaping the charges against the president to comport with the claim that he engaged in “bribery.” Following focus-group tests with voters in key battleground House districts, Democrats found that the term resonated more with disinterested swing voters than the term “quid pro quo” or even “extortion,” and the party quickly adopted the word to describe Trump’s actions. But the lawyerly rhetorical contortions demanded of Democrats in order to make this charge stick has only muddied the facts of this case.

What’s more, manipulating the allegations against Trump to make them conform to a charge of solicitation rather than blackmail has raised the evidentiary threshold beyond what was established in a week of testimony from the president’s subordinates. If Republicans were looking for an intellectually honest way to justify voting against impeaching the president, calling what he did “bribery” surely facilitates that.

And with Democrats having given congressional Republicans the easy out they were looking for, they’re now moving on to confusing voters.

On Wednesday, House Judiciary Committee Chairman Jerry Nadler took control of the impeachment inquiry and promptly intimated his intention to broaden the scope of proceedings. “President Trump welcomed foreign interference in the 2016 election. He demanded it for the 2020 election,” he said in his opening statement. Nadler went on to emphasize the findings of Robert Mueller’s probe into the 2016 election that reflect poorly on the president’s conduct, adding that Trump’s “obstruction” of both Congress’s inquiry and the special counsel’s office probe invite a constitutional remedy. If this is a signal that Democrats intend to drag the Mueller probe’s findings into this affair, it will once again confuse more than it clarifies.

While the special counsel investigation absolved Trump of the charge that he actively conspired with a foreign power to advance his political prospects, it alleged in excruciating detail the myriad ways in which he also attempted to thwart Mueller’s progress. But the Mueller report also noted that the investigation was not impeded by Trump’s conduct, if only because his subordinates chose to ignore his orders to do so on several occasions.

What Democrats therefore had was not the alleged obstruction of justice but the alleged attempted obstruction of justice. As impeachable offenses go, the public wasn’t buying it. At no point over the seven months that have passed since the Mueller probe’s findings were released did opinion polls indicate that the public saw its allegations as impeachable offenses. It was only when the details of Trump’s handling of Ukraine surfaced that the equation changed and voters began to favor impeachment. Democrats would likely hasten a reversion to the mean by reintroducing Mueller’s discoveries as grounds for removing the president from office.

Moreover, while congressional Republicans appear united in their opposition to impeachment, the Democratic caucus is not nearly as undivided. Moderate House Democrats have signaled that they would have a harder time supporting articles of impeachment that were not narrowly focused on the Ukraine matter alone. “I think at this point, keep it focused on Ukraine,” New York Rep. Sean Patrick Maloney told the Wall Street Journal. “Keep it focused, keep it simple, stick to the fact pattern that we just laid out to the American people,” New Jersey Rep. Tom Malinowski agreed. These and other centrist Democrats are practically begging their colleagues to keep it simple, but their pleas have apparently fallen on deaf ears.

Trump’s alleged conduct both in the Ukraine matter and the Mueller report constitute abuses of power, but impeachment is a political process. These are not legal proceedings, nor is this a morality play. It would satisfy only the most unreasonable and recalcitrant factions on the left for Democrats to throw everything they have at Trump just to see what sticks. But that’s precisely what Democrats seem prepared to do. 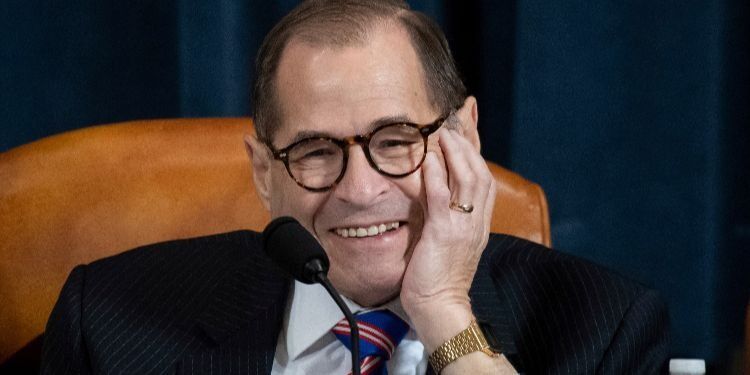