It’s been more than six weeks since Donald Trump’s victory in the presidential election and Democrats are not yet fully reconciled to the prospect of a Trump presidency. By endorsing just about every daft conspiracy theory that crosses their transom, liberals appear set on delaying that process of reconciliation for as long as possible.

Depending on how inclined toward charitability you are, former Hillary Clinton campaign chairman John Podesta’s op-ed in the Washington Post on Friday claims that the FBI is either partisan, corrupt, or just plain riddled with incompetents. “Comparing the FBI’s massive response to the overblown email scandal with the seemingly lackadaisical response to the very real Russian plot to subvert a national election shows that something is deeply broken at the FBI,” Podesta wrote. Indeed, while both are produce, comparing apples to oranges will leave fans of one or the other fruit disappointed.

As a direct target of Russian hacks, Podesta has earned his grievance. His contention, however, that the FBI devoted too many resources to Clinton’s case is revisionist history. What he calls the “infamous letter” written by FBI Director James Comey to Congress just 11 days prior to the election didn’t result from the investigation into Clinton but rather the investigation into Clinton aide Huma Abedin’s husband, former Representative Anthony Wiener. It’s hardly the FBI’s fault that the probe into the allegation that Weiner was carrying on lewd conversations online with minors turned up emails from Hillary Clinton’s illicit State Department server. Nor was it incompetent for FBI Director Comey to observe his duty to keep Congress informed of developments in the Clinton case.

Podesta’s nuanced gripes about the FBI are allowing less sophisticated voices on the left room to settle comfortably into a position of outright lunacy. Take, for example, New York Times opinion writer Paul Krugman. The Nobel Prize-winning economist alleged on Friday that the FBI has become “highly partisan, with distinct alt-right sympathies.” Without evidence, he contends that no one could doubt that the Feds and the Russian leaks of Democratic emails cost Hillary Clinton about 1 percent of the vote in swing states. Therefore, “Yes, the election was hacked.”

The left’s refusal to come to terms with Trump extends to trying to compel the Electoral College to ignore the will of their states’ voters and deny the real estate mogul the presidency. A variety of celebrities urged the College to deny Trump the presidency by re-litigating issues well-trodden during the campaign. Sober-minded voters were aware of Trump’s erratic comments, his refusal to release his tax returns, and his consciously illiberal foreign fans when they walked into the voting booth. They voted for him anyway.

Vox.com’s Elizabeth Plank makes this case by virtue of Trump’s refusal to divest from his personal interests, thus flirting with the violation of the Emoluments clause of the Constitution. It is no one’s responsibility to preempt potential violations of the Constitution before they occur. Congress and the president can, and often do, violate the Constitution. The level of impunity to which they are privy for these infractions is a function of the separation of powers and the willingness of the branches of government to enforce their sovereignty.

This is not harmless. This establishes conditions familiar to those on the right who observed as the conservative movement became susceptible to hijacking by conspiratorial thinkers. Attacking the Electoral College by redefining its role establishes a threshold for civic responsibility that cannot be met. Those who do not abide by an arbitrary and irrational standard of conduct will be dubbed traitors by those who count themselves ideologically pure and committed.

Those liberal commentators who do not ease themselves into the fever swamps with the likes of Paul Krugman will not be able to compete in the new left media economy, in which currency is earned by striking the most uncompromising stance. This poisonous alternate universe becomes ever more critical to those for whom it becomes a source of identity. It renders them bitter, alienated toward objective reality, depressed, and increasingly dependent on those irresponsible commentators who tell them what they want to hear. Primed, those desperate and bewildered partisans then go ahead and donate a few bucks to obviously fraudulent causes, like Green Party presidential candidate Jill Stein’s recount.

Democrats are allowing themselves to stew in their worst impulses, some of which are reinforced by unscrupulous advantage-seekers. For the sake of the nation’s political sanity, let’s hope cooler heads emerge dominant from this process of reconciliation and renewal. 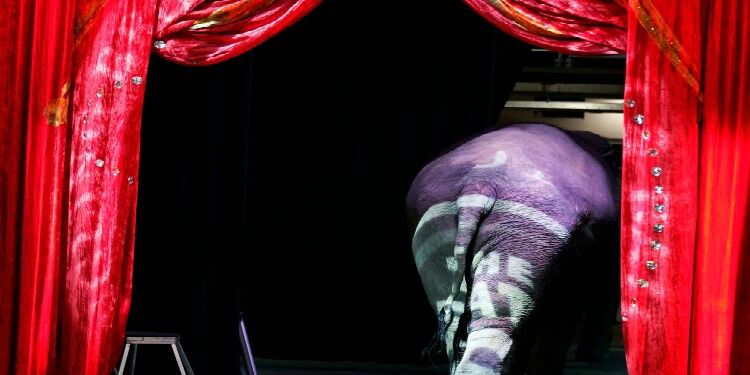