“My message is not about going back to where we were,” South Bend, Indiana, Mayor Pete Buttigieg supposedly said at a campaign stop. “The failures of the Obama era help explain how we got Trump.”

The quote instantly achieved that most irritating of modern statuses: virality. It was met with a deluge of bitter recriminations from defensive Democrats, but Buttigieg’s time in the stockades was short-lived. As it turns out, the Indiana mayor was misquoted. He had criticized the “failures of the old normal,” not the president who presided over them. Buttigieg’s Democratic critics dutifully retracted their remarks and reaffirmed their affection for the former president.

The swift and overwhelming condemnation that came down around Buttigieg’s shoulders betrays a set of suboptimal conditions afflicting Democrats in the age of Trump. Only on the fringes of the Democratic coalition has Barack Obama’s legacy ever been subjected to critical scrutiny. Pete Buttigieg did not explicitly fault Obama for the rise of Donald Trump and the myriad ills he believes plague American life. But if Buttigieg had counted Obama as one of the progenitors of today’s social and political shortcomings, he would not have been wrong.

Barack Obama’s party lost control of the House of Representatives in 2010 following the passage of the 2009 stimulus bill—the most expensive single piece of legislation in U.S. history—a series of bailouts for stressed banks and industries, sweeping regulatory measures, and the reformation of the American health-care system. Most of these acts were adopted with little or no bipartisan support. Four years later, amid the Affordable Care Act’s embarrassing rollout and the revivification of transnational Islamist terrorism following a precipitous withdrawal from Iraq and an indecisive response to the crisis in Syria, Obama’s allies lost the U.S. Senate. Up and down the ballot, on the legislative, gubernatorial, and federal level, association with Obama cost Democratic officeholders their seats. The generation of Democrats whose careers were cut short is now being replaced by a new Democratic vintage. Its members have convinced themselves that the only problem with their predecessors is that they were too conciliatory, too accommodating, and too slow to act in service of progressive ideals. What else can you call this misconception but a failure of collective memory?

The passing of the gavel from Nancy Pelosi to John Boehner spelled the end of the legislative phase of Obama’s presidency, but the 44th president continued to govern. At least, he presented the public with the illusion of governance. “I’ve got a pen,” the president warned a deadlocked Congress, “and I’ve got a phone.” What followed was a “year of action,” in which Obama tested the bounds of executive authority. But much of what wasn’t struck down in the courts endured only so long as Obama occupied the Oval Office. Hundreds of rules established by regulatory agencies or presidential fiat have been undone by Obama’s successor, reaffirming—if any reaffirmation was needed—that those derivatives of government that are not legislative are ephemeral. Even legal observers who groused over the decision by Trump’s Justice Department to not defend the portions of Obama’s health-care law under siege in the courts were compelled to concede that they were following a path beaten out by the last administration.

The changing of the guard from a president who thought he was a celebrity to a celebrity who thought he should be president is equally fitting. Before Donald Trump was privileging soft interviews with friendly media personalities and reserving unrestrained contempt for the mainstream press, Barack Obama was perfecting the practice. It was the Obama administration, after all, that actively sought to delegitimize a news network over ideological disagreements with its personalities. Likewise, Obama’s White House severely limited the president’s exposure to journalists, sat on or rejected a record number of Freedom of Information Act requests, prosecuted whistleblowers, wiretapped Associated Press reporters, and threatened reporters who cultivated administration sources with the prospect of criminal conviction.

And for all of Donald Trump’s crass agitation—often, though not exclusively, along racial lines—he’s hardly the first president to conduct himself in such a divisive manner. Though in his post-presidential years, Obama has admirably fashioned himself a critic of the excesses regularly displayed by practitioners of liberal identity politics, the 44th president was not always above such conduct. It was Obama who urged Latino voters to go out and “punish our enemies,” specifically among them the late Sen. John McCain. It was Obama’s White House that promoted the notion that American employers are systematically discriminating against women, contrary to the analysis of the president’s own Bureau of Labor Statistics. It was Obama’s attorney general who implied unmistakably that Republican opposition to the last administration was rooted in racial animus.

It is understandable why Democrats would prefer to believe that Trump’s populist movement sprang fully-formed from Steve Bannon’s forehead, but politics does not occur in a vacuum. Pete Buttigieg’s denunciation of the “old normal” is broad enough to include (obviously) the conduct of the last two-term president, as it should. It would benefit Democrats, too, if he were brave enough to state the case he’d like to make plainly, though it would do little for the South Bend mayor’s political prospects. When faced with the consequences of his implication, Mayor Pete sided with his better political judgment over the facts of the case. It seems that the contemptible “old normal” is perhaps more durable than Buttigieg lets on. 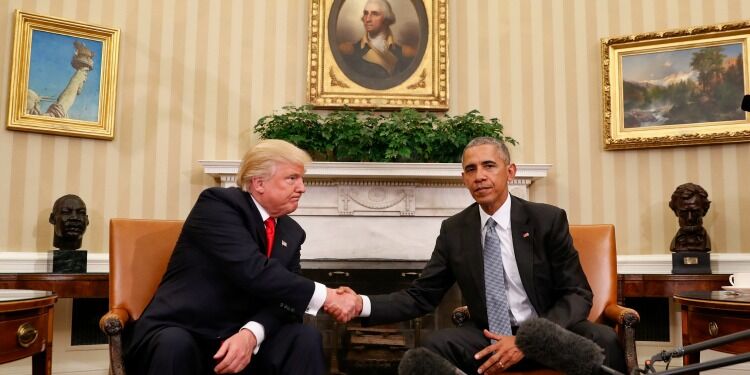