If there is one defining and predictive trait to Donald Trump, it is that he generally likes to please an audience. When his audience is composed of members of the New York Times reporting and editorial staff, they are privy to a different version of the president-elect than the one Americans witnessed on the campaign trail.

In his much-anticipated meeting with Times reporters, Donald Trump struck many familiar notes. He defended his flirtation with maintaining his business empire as president. He was dismissive of the practice of “nation-building” abroad and confessed to using his position as president-elect to lobby British political officials to keep the views at his two Scottish golf courses free of unsightly wind farms. In that sense, old Trump is very much new Trump.

But The Donald did abandon a few key elements of his appeal on the stump. “I think there is some connectivity,” Trump said when asked if he believed human activity is linked to climate change. “Some, something. It depends on how much.” When asked if he would keep the Paris climate agreement in place, he said he would have an “open mind” about it.

Donald Trump praised President Barack Obama, said that the Clinton Foundation has “done good work,” and retracted his pledge to instruct his attorney general to appoint a special prosecutor to investigate Hillary Clinton’s conduct at the State Department. “My inclination would be for whatever power I have on the matter is to say let’s go forward,” Trump said, according to Times reporter Maggie Haberman. “This has been looked at for so long, ad nauseam.”

That last admission led Trump’s boosters in media to confess that they knew all along that the president-elect was engaging in theatrics when he and his surrogates led Trump backers in chants of “lock her up.”

“As I said, President Trump will be very different to Candidate Trump,” declared former CNN host Piers Morgan. “I never expected Trump to actually prosecute her,” said radio host Rush Limbaugh. “We in America do not prosecute defeated political enemies.” Though he admitted Clinton “could be a crime boss,” Limbaugh insisted that he always knew Trump’s promise was a lie.

The ideological malleability of Donald Trump’s staunchest supporters is nothing new, but how long can they continue to man the barricades in defense of the president-elect if more pledges fall by the wayside? Already, tensions inside the coalition are starting to show.

“Broken promise,” declared Breitbart’s lead headline on Monday after Trump campaign manager Kellyanne Conway broke the news that there would be no Oval Office recommendation to the DOJ to investigate Clinton further. Wait until Breitbart reads the Wall Street Journal. On Tuesday, the paper reported that Trump was “leaning” toward two particularly establishmentarian candidates for key foreign affairs posts: Mitt Romney for secretary of state and Nikki Haley for United Nations ambassador. The Journal also reported that Trump had virtually already settled on retired General James Mattis to serve as the next secretary of defense, despite his alleged surprise at learning that Mattis did not support the reinstitution of extraordinary rendition techniques like waterboarding.

If Donald Trump is a reflection of the people around him, these choices will hearten foreign policy-minded conservatives who expressed deep misgivings over the ascension of figures like Steve Bannon and Michael Flynn to key presidential advisory posts. It would also enrage those on the right to whom Trump owed much of his support over the primaries; they want nothing more than to see vanilla Republicans exiled in a Trump administration. With dispatches indicating, however, that there are too few Trump loyalists to serve in the thousands of posts reserved for political appointees in the executive branch, practical necessity may overcome political desirability.

Given the speed with which some Trump supporters raced to declare the president-elect’s decision to help Hillary Clinton “heal,” it’s wise to expect Mitt Romney to be rehabilitated with similar alacrity. 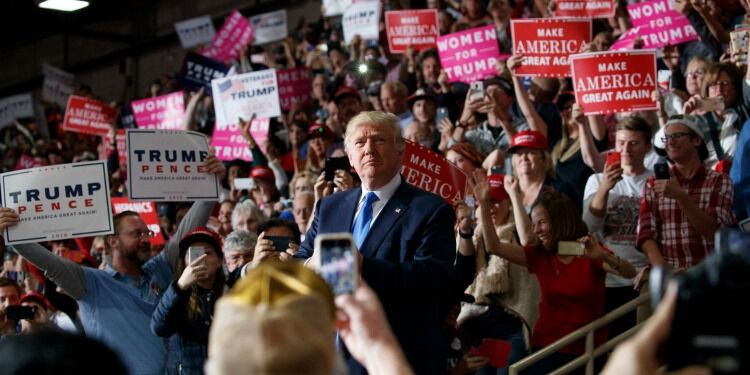