Donald Trump did conservatives a favor last night. The debate performance he turned in demonstrated why his is a one-man show, and there is no second act.

Memorable for all the wrong reasons, Trump oozed unpleasantness while simultaneously demonstrating only a tenuous grasp of policy particulars—none of which were remotely conservative. When prompted to offer a policy solution to a given issue, his instincts were to either rely on governmental intervention or to tout his own unique competence. There was no soaring rhetoric about the American public, the farsightedness of the Founders, the genius of the Constitution, or the goodness of the United States and its unique role in the world. There is only Trump.

Yes, there was some policy. Trump admitted that he and his opponent, Hillary Clinton, largely agree on the broad strokes of his plan to subsidize childcare for new moms at taxpayer expense. He said that he, as president, would never use nuclear weapons in a first-strike scenario even while criticizing Barack Obama for entertaining precisely that policy. He also suggested that China should invade North Korea.

On three occasions–when asked to explain why he refused to release his tax returns, his claim that he opposed the Iraq War from the start, and his long-term romance with “birtherism”—Trump was lured into debating the moderator, and he turned in an ugly performance while doing so. That last topic provided viewers with the most contrasting performance of the night as Trump flailed about in an exasperated and unbecoming effort to explain to the nation why the last five years of his career in public life never happened.

None of this is to say that Hillary Clinton turned in a great debate performance. She was robotic and rehearsed. Most of her painfully contrived zingers landed flat. By repeatedly returning to road-worn Democratic dogma and points familiar to anyone who lived through the Bush presidency, she showed how focused she was on rallying traditional Democratic donors to support her lackluster candidacy. It is in spite of Hillary Clinton’s performance and not because of it that Trump somehow underperformed.

When Clinton managed to put points on the board, it was in the form of setting ambushes for Donald Trump. Even this morning, Trump is responding in detail to an anecdote to which Clinton referred on Monday night regarding a former Trump-sponsored beauty pageant contestant from Latin America who is soon to become an American citizen. Today, Trump is attacking that contestant’s performance in that pageant and accusing her of gaining “a massive amount of weight.” There is no low, inside pitch to which Trump will not respond with the mightiest of swings.

Republicans of the non-Trumpian variety are fortunate in that the GOP nominee has gone out of his way to divorce himself from conservatism, both in terms of policy and style. Though the tightening polls have confused political tea leaf readers, last night portended the dawn of a post-Trump political landscape on November 9. 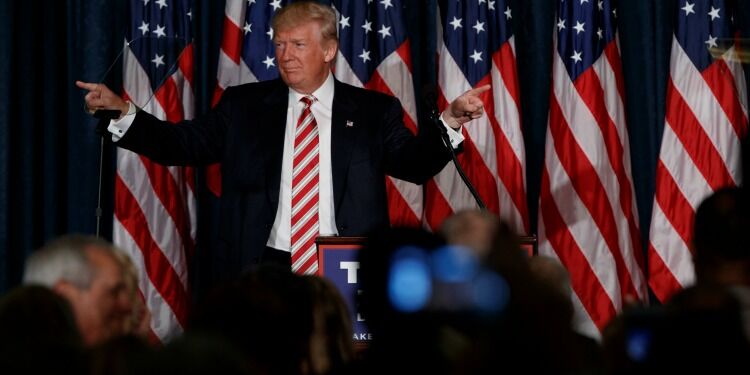