‘What if we could just be China for a day,” New York Times columnist Tom Friedman famously mused. By short-circuiting the democratic legal and social conventions that buttress any liberal society, he speculated, so much good technocratic governance could be imposed on the unsophisticated masses. But one of the many problems with this philosophical outlook is that the Great Work cannot be completed in a day. Perfecting the human condition is a task without end, which is why technocracy and the Chinese model are so compatible. As Jack Goldsmith and Andrew Keane Woods confess in the Atlantic, what makes China a subject of elite reverence in effete Western circles is its capacity to police public sentiment and overrule it in perpetuity.

“In the great debate of the past two decades about freedom versus control of the network,” Goldsmith and Woods argue, “China was largely right and the United States was largely wrong.” They contend that “speech control” will be “an inevitable” feature of internet discourse in the near-term, where it is not a feature already. And this inevitability should not be up to private and competing firms, which would leave Western governments without sufficient control of the process or its outcomes.

The authors argue that the transition to a controlled information environment won’t be as unsettling as it sounds since it is largely already upon us. For example, Silicon Valley has been tasked with establishing intrusive contact-tracing programs that could help mitigate the spread of this coronavirus after the initial lockdowns have passed. On matters related to national security, they note, governments are already working “in conjunction with the private sector to expand their digital surveillance.” Indeed, from the Amazon Echo on your kitchen counter to your smart doorbell, you’ve already consented to surround yourself with hardware that advances the capabilities of the surveillance state.

Even if it is a nominal or unnoticed check, consumers are increasingly the masters of the data they generate for these private firms. The individual’s relationship with these private entities is voluntary. It is a terrible mistake to assume that this relationship could be seamlessly transformed into an involuntary one with the state or to discount the calculation that consumers make when they allow a service provider to share their private information with public entities. Consciously or otherwise, the public understands that those private entities are marginally more accountable than their public-sector counterparts because they are responsive to market mechanisms—not just biennial elections. And, unlike the social contract, you can always opt out of the deal.

The authors make a variety of logical leaps that allow them to avoid the ramifications of their argument. They note the extent to which platforms like Facebook are private spaces that nevertheless police criminal activity, which is necessarily intrusive. They do not grapple with the implications associated with what would be, in essence, the policing of legal and even constitutionally protected activities.

Goldsmith and Woods observe that firms like Facebook already rely on “fact-checking organizations” to help monitor content that could be deemed harmful. Among them, the World Health Organization, which disseminated the flawed and falsified data emerging from China in the earliest weeks of this pandemic, tempting Western governments to languish in a false sense of security. That hardly inspires confidence in this or any single institution’s ability to moderate the public discourse in a responsible manner.

What content that isn’t policed by algorithm is monitored by an army of censorious individuals who maintain “community standards.” We can debate the relative merits of these and other measures, and working with states and the federal government toward public safety during an acute crisis has undeniable utility. It is, however, something else entirely to surrender this relatively organic order over to governments, particularly at a time when those governments are taking a dim view of public protests against their edicts.

Much of Goldsmith and Woods’s argument glosses over the important consideration that the Chinese model is dependent on coercion. Beijing has been an effective hostage-taker. Businesses and individuals in China that are headquartered in nations that have offended the Communist Party’s sensibilities are subject to harassment, or worse. Access to the Belt and Road initiative, protective medical equipment, or Huawei’s 5G technology are contingent on the adoption of the Chinese line on a host of diplomatic issues. Mercedes, Disney, and the NBA cannot access the lucrative Chinese market unless they placate Beijing’s paranoid nationalism. This model is worthy of emulation only for those who do not suffer under it.

“We live,” the authors continue, “in a world of serious and growing harms resulting from digital speech.” To what intolerable threats do they refer? They do not elaborate. But the authors do note that Russian interference in the 2016 election had a profound impact on the way Internet-based companies do business, leading to increased intrusion in public discourse. They do not, however, make note of the studies that suggest Russia’s disinformation-warfare campaigns had almost no impact on electoral politics. If they did, it would be hard to avoid the conclusion that the bandwidth these active measures took up in the public discourse was nothing short of a panic.

Goldsmith and Woods further note that Americans became aware of the scope of government surveillance on citizens’ communications habits in 2013 as a result of Edward Snowden’s espionage. Why they believe this supports their worldview is, however, a mystery. What followed those revelations was widespread revulsion over the scope of this program, culminating in the passage of reforms that scaled back law enforcement’s ability to warehouse American metadata and gave more authority to private telecommunications firms. The authors lament that control over our data has thus been left to the private sector with government cast “in the shadows.” That’s not something to mourn. It’s a triumph.

Hong Kong’s protesters did not rise up in defiance of Beijing, waving the American flag and singing the national anthem, because its people live in fear of sloppy misinformation from a Macedonian content farm. The liberal ideal is still appealing, especially to those who don’t take it for granted. It would be naïve to think that, after this crisis has passed, Western relations with Beijing can return to the status quo ante. The next phase of this relationship will be a conflictual one. Presenting an alternative model of social organization predicated on individual liberty will be a powerful weapon in that struggle. We can only hope that Goldsmith and Woods are not successful in their attempt to surrender it. 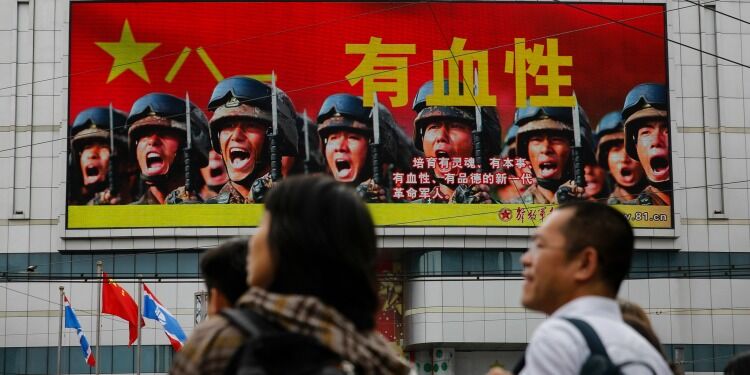 Overreaction and the Siege of Troy 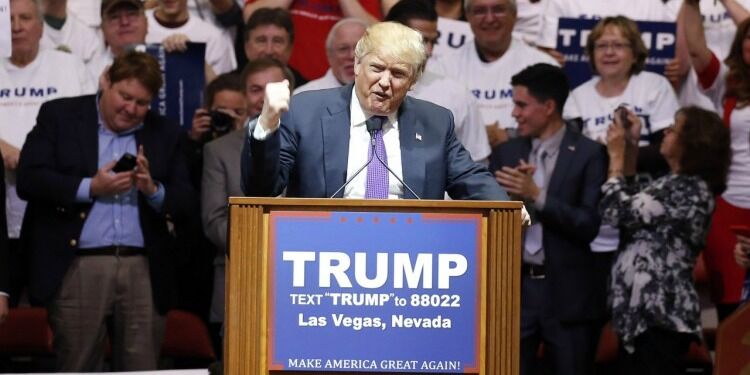 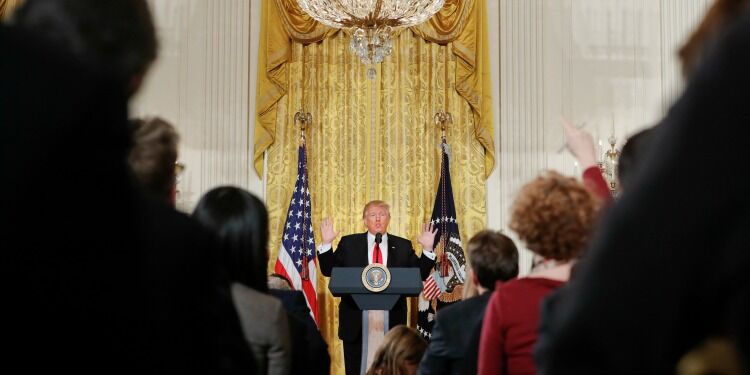 The Flaw in the Right’s Media Hate