At a recent event in New Hampshire, 2020 presidential candidate and U.S. Senator Kirsten Gillibrand launched into a discussion of the value of America’s tactical nuclear weapons—of  which the least disturbing part was how she repeatedly referred to them as “tactile.”

The Senate Armed Services Committee member explained that she opposed the National Defense Authorization Act of 2019, in part, because it included provisions “to modify or develop a low-yield nuclear warhead for submarine-launched ballistic missiles.” According to Senator Gillibrand, the existence of low-yield weapons is a predicate for a preemptive nuclear strike against some unknown adversary.

“When you say you want to develop low-yield nuclear weapons that are tactile (sic), what you’re saying is you want to use them,” the senator insisted. She shares this notion with many of her fellow Democrats. They all share a basic misunderstanding of deterrence theory. Democrats have spent the Trump era fretting over the fact that a man whose previous occupation was game show host now commands America’s atomic arsenal. But as it stands, the current president seems to have a firmer command of nuclear deterrence than his predecessor ever did. Barack Obama spent the better part of his presidency committed to the delusion that humanity could somehow uninvent fission before ultimately committing to upgrade America’s nuclear forces. And modernization is sorely needed.

America’s newest nuclear warheads are over 30 years old, and the life-extension programs designed to ensure their viability are running their course. Donald Trump has reportedly called for an expanded arsenal of warheads, but it was the Pentagon that recommended in the first weeks of Trump’s presidency that the administration develop tactical low-yield nuclear weapons to provide planners with options for “tailored nuclear option for limited use.” To dovish ears, that sounds like a threat. But when it comes to a rational rogue regime that might otherwise be convinced it could survive a limited nuclear exchange in the absence of precision nuclear ordnance, it’s more like an insurance policy.

Barack Obama’s nuclear modernization program included efforts to redesign B61 Model 12 warheads to include a “dial” yield feature, which could limit the destructive power of a fissionable device down to only 2 percent of the Hiroshima bomb. Many in and outside the administration expressed reservations about smaller-yield bombs because the limited impact of a small-yield bomb could make their use more “thinkable.”

If the United States were to abstain from modernizing its nuclear forces, however, it would be alone among its peer competitors. Russia is busily modernizing its strategic and non-strategic nuclear forces, augmenting its road-mobility capabilities and guidance systems, and trumpeting its research on hypersonic and undersea delivery vehicles. China, too, is focused on a second-strike capability, developing its own long-range, submarine-launched nuclear delivery systems and multiple independent reentry vehicles (MIRVs). Both nations understand that a protracted military campaign against the United States is a losing proposition, which is why Moscow and Beijing rely heavily on their nuclear arsenals as a relatively inexpensive means of achieving parity with America.

Both America’s peer competitors and nuclear rogue states like North Korea know full well that the threat of a high-yield nuclear response from the United States is not credible. They know how sensitive Washington is to global opinion, which would view such a response to any provocation—even the first use of nuclear weapons—as a disproportionate event, an unprecedented humanitarian disaster, and an invitation to a full-scale nuclear exchange. America’s high-yield bombs are, in many ways, no longer credible. A smaller, more tactical arsenal changes the calculation for America’s adversaries.

Gen. James E. Cartwright, former vice chairman of the Joint Chiefs who advised President Obama on nuclear weapons policy, summed up the essential utility of a modernized nuclear posture succinctly in 2016: “It makes the trigger easier to pull,” he warned, “but makes the need to pull the trigger less likely.” Far from inviting the use of nuclear weapons, a viable tactical arsenal decreases the likelihood that a rogue nation would test our resolve to respond to a nuclear provocation proportionately. That’s the essence of deterrence. A competent tactician understands that dynamic almost intuitively. Kirsten Gillibrand does not. 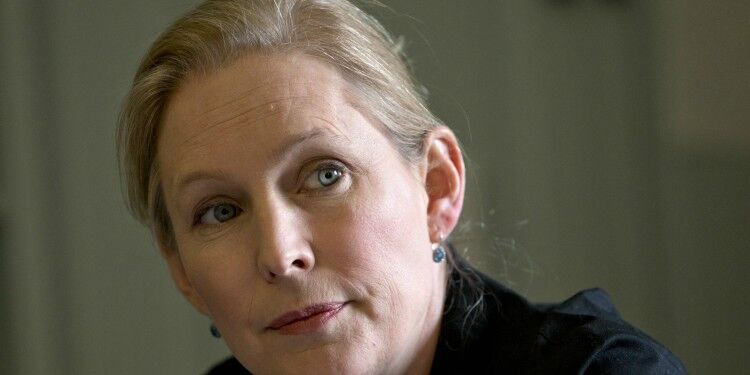