The simplest way to summarize the plot of the Republican Party’s crackup in 2016 is, like many uncomplicated narratives, not the most illuminating. Yet the unsophisticated storyline is largely the preferred one.

The account goes something like this: Two opposing camps within the GOP – dubbed for the purposes of convenience and comprehensibility the “establishment” versus the “outsiders” – have been engaged in a bitter series of confrontations since the onset of the Great Recession. In election cycle after cycle, the “outsider” candidates gradually gained the upper hand – either in defeating their opponents in contested primaries or in forcing their “establishment” foes to adopt their platform, rhetoric, and style. This long process of realignment was complete on May 5, 2016, when Donald Trump all but won the GOP presidential nomination. The “outsider” revolution ended in success; the vanquished gave up their ghost with relative alacrity, and the banners of establishmentarian resistance will be lowered and furled permanently at the party’s nominating convention.

That’s a pleasant story for those disinclined toward the complex. It is, however, misleading. No civil war ends unless the victor is predisposed toward magnanimity and reconciliation with their vanquished opponent. If the GOP under Trump is content to mimic the celebrity candidate’s style, there will be no reconciliation in the absence of total and unconditional surrender. And that kind of capitulation will not be forthcoming; that kind of deference to Trump is politically suicidal.

As such, the GOP’s civil war hasn’t ended so much as it has evolved. A united front has crumbled, and the lines have turned into pockets of resistance. Great set piece battles are giving way to skirmishes and vandalism. Even the definitions in this evolving contest must adapt to changing circumstances. In victory, the “outsider” becomes the “establishment” and, in defeat, the “establishment” figure finds him or herself on the outside. The old descriptions that set the foundations of easily understood moiety in this struggle no longer apply.

Outlines of a new phase of this internal conflict within the Grand Old Party are visible in an internecine fight between Republicans in North Carolina. Again, the simple story to which American political observers have become familiar – conservative insurgent candidate takes on squishy compromising professional Republican politician – fails to describe events on the ground. In this election, its least interesting elements are the candidates. What might be most instructive are the organizations that are invested in this primary’s outcome.

In 2010, Representative Renee Ellmers appeared the perfect Tea Party candidate. She bucked the GOP committees and ran explicitly against business as usual Republicans in Washington. Ellmers won the endorsement of Sarah Palin and the Koch Brothers-backed libertarian group, Americans for Prosperity. By 2015, the New York Times described Ellmers as “one of the Republican leadership’s greatest freshman allies, and a rising star in the conference she once derided from her perch at Tea Party rallies back home.” “She has voted with Obama ever since she’s been there,” said a North Carolina-based volunteer working against Ellmers.

Political reporters have become inured to the narcissism of small differences that so frequently characterize the purity contests masquerading as GOP primaries. Furthermore, the journalists who cover this race may be inclined to dismiss its relevance as entirely the result of the growing (or shrinking) pains that typify reapportionment. Ellmers faces a challenge to her right from an ideological conservative and two-time state Senate candidate Greg Brannon, but she is also fending off a challenge from Representative George Holding, whose original district was moved across the state. The new district that Ellmers, Brannon, and Holding are vying to represent in Congress is composed of a variety of voters who have never cast a ballot for any of them in the past. The new terrain in which these seasoned political operatives are competing could lead national political observers to chalk defeat or victory up to the vicissitudes of the redistricting process. That could be a mistake.

This is a unique race if only by virtue of the outside forces at work. In an effort to recapture some of her lost reputation as an outsider candidate, Ellmers became one of the first Republican members of Congress to endorse Donald Trump in late March. She went so far as to author a pro-Trump blurb for a TIME Magazine profile of the celebrity candidate. “Donald Trump is being discounted by the elites as a candidate for office just like I was in 2010,” read a release to the press explaining Ellmers’ endorsement. This week, Trump repaid the favor. “I need her help in Washington so we can work together to defeat ISIS, secure our border and bring back jobs and frankly, so many other things,” the presumptive nominee said, employing his characteristic vagueness in a pro-Ellmers robocall.

If she has won the backing of Trump and the wing of the party he now commands, however, Ellmers has lost the support of what you might now call the “outsider” establishment. By March, the conservative group Club for Growth had spent nearly a half-million dollars targeting Ellmers. “CFG Action wants to be sure they know that Renee Ellmers is a big-government liberal,” said the president of the group’s political wing, David McIntosh.

Ellmers “became part of the Washington problem,” said the narrator in an ad sponsored by the group Americans for Prosperity. “After giving Rep. Ellmers every chance to match her votes to her prior rhetoric, she’s demonstrated an unacceptable pattern of supporting wasteful government spending and corporate welfare,” said the group’s president, Tim Phillips. “North Carolinians deserve a true conservative who will fight for them, not special interests.” For the first time in the group’s history, AFP, which had supported Ellmers in 2010, dove into primary politics with the singular mission of ousting Ellmers from office. “AFP is not endorsing any of Ellmers’ opponents, the group says,” Politico reported. “But it does directly contrast Ellmers and Holding in one of the ads.”

Like so much of the Republican Party’s squabbles in 2016, this row cannot be divorced from the challenge to the GOP’s ethos posed by Donald Trump. While Holding said he would support the party’s presidential nominee, like much of the House GOP conference, he has been far less enthusiastic about the Trump candidacy and only did so after it was clear Trump had won the primary race.

Ellmers may find salvation in the fact that the voters in her new district are less acquainted with her record, her opposition is bifurcated, and North Carolina eliminated runoff elections so that the victor of the primary can win with a mere plurality of the vote. Having declined to read too much into Ellmers struggles in her home state, it would be imprudent for the national political press to make too much of the results of the June 7 primary. National media missed an opportunity, however, to delve into the unique dynamics in this state’s contest in which conservative activists are pitted against conservative insurgents, and the ultimate outsider candidates have become the faces of the formerly reviled “establishment.”

The battle lines in the GOP’s civil war are re-forming, but the battle is far from over. While the core issues animating the combatants in this fight have not changed, the frontlines have dissolved, and factional allegiances are harder to identify. If the primary fight in North Carolina is indicative of anything, it is that there is no new equilibrium with the GOP. Not yet. Routed, the establishment has adopted the tactics of the insurgency, and they have taken to the hills. They will fight on as partisans until the party of Donald Trump gives them a reason to accept defeat and assimilation within the party they once called their home. The civil war may be over for now, but the insurgency has just begun. 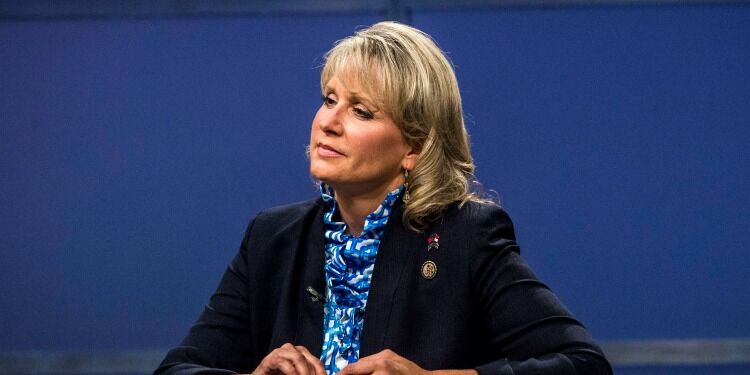