Before any motive was or could have been known in the San Bernardino attack last week, a critical mass of Democrats had convinced themselves that they knew precisely the perpetrator’s identity and motive. He was certainly male, probably white; an extremist conservative who had consumed too much National Rifle Association propaganda. When the perpetrators, plural, turned out to be none of those things, you would think that the left would impose on itself some restraint. When it was discovered that the attack was executed by two people who fit no profile other than that of radicalized Islamic terrorists, you might presume that Democrats would critically examine what led them to their shared expression of prejudice. Not only has none of that occurred, Democrats now are indulging in a collective nervous breakdown.

There’s no other way to describe the mass emotive outpouring on the left over the existence of a civilian right to firearm ownership in this country. It is a communal spasm of angst matched only by the rigorous refusal to acknowledge the California killers’ murderous ideology, one that happens to be claiming hundreds of lives amid an ongoing war on the West.

The purest expression of adolescent torment over American gun laws has been that which is ongoing over at the New York Times. Before the bodies in San Bernardino had cooled, the Times editorial board engaged in a familiar grim ritual. As has become its habit, the Times opinion writers lamented the frequency with which they feel compelled to castigate the American people for jealously guarding their freedoms in the Bill of Rights. Before the facts were known, the Times joined the president in declaring the California attack a likely preventable massacre, but only if Republicans would embrace “common sense” gun ownership reforms.

Rather than perform about-face when it was revealed that the killers were inspired by the Islamic State, had modified their legally purchased weapons to fire automatically, and had constructed dozens of improvised explosive devices, the Times not only forged ahead with its activism but determined to express even more antipathy for law-abiding citizens. Making a point of commandeering the front page of the paper for the first time in decades, the Times editorial board published what it no doubt assumed was a powerful corrective for the nation. Rather, the Times humiliated itself by noting that all “decent” people agree with them and that lawful gun owners should be coerced to surrender the type of guns these mass murderers used to kill “for the good of their fellow citizens.”

The Times was flogging a shibboleth for the betterment of the American left’s self-conception. If the Times were truly serious about reducing the number of guns in American hands, they would have known that their belittling of gun owners and the demand that they surrender their arms would have the precise opposite effect.  Theirs was only ever a quest to reaffirm a fragile and besieged tenet of the progressive creed.

The Times isn’t alone in going completely off the deep end since it was revealed by the FBI that what took place in California was an act of radical Islamic terrorism on U.S. soil.

The New York Daily News, which joined the Times in a mortifying display of passionate illogic in the immediate wake of the California attack, also declined moderate its position once it was discovered that this act was the work of ISIS-inspired terrorists. They determined to water down the very concept of terrorism by applying it not only to this incident and the assault on a South Carolina African-American church — two acts that were born of defined and virulent ideological convictions — with the mass shootings at a Colorado Planned Parenthood, the Aurora movie theater shooting, and the attack on Sandy Hook – incidents without a political motive and which were perpetrated by the mentally disturbed. Worse, they thought it clever politicking to label Wayne LaPierre, a lawful advocate for a constitutional right, a “terrorist.”

This is the kind of incitement that the New York Daily News would have condemned just a few years ago when the left was engaged in another groundless and flailing episode of blame-shifting after the shooting of Gabrielle Giffords. “[T]his country is being damaged by partisans who bypass the facts for unadulterated fury that leaves no ground for compromise and might – just might – prompt a mentally ill individual to take up arms,” the NYDN wrote in a political hatchet job disguised as an abundance of caution. They didn’t mean a word of it.

This effort to blame everyone but the attackers for this attack culminated in an op-ed in the Daily News via Linda Stasi. In her panic-stricken, grotesque screed, she determined that one of the victims in San Bernardino was “a radical Born Again Christian/Messianic Jew” who perhaps deserved his gruesome murder. She insisted this victim, Nicholas Thalasinos, was a “hate-filled bigot,” when all she discovered was that he was rather conservative. Stasi’s logic is so deeply flawed that it doesn’t merit parsing. What is clear, however, is that this infantile flight response inspired by sensational reporting is widespread.

“Statistically, you’d have to think that you or I is going to die in a mass shooting,” the actor Adam Pally recently told a robotically nodding head on the set of Huffington Post live. That is a remarkable statistic, but only because of the capacity for self-delusion it reveals. According to FBI homicide statistics, firearm related murders have been rather steadily decreasing year-over-year for some time. Both fatal and non-fatal incidents of gun crime have collapsed since their 1993 peak. But increased media attention to those events and the op-ed industry’s aptitude for hysteria ensures that most do not know that.

When he speaks to the nation tonight, the President of the United States should make that case. He probably will not. Barack Obama no longer deserves the benefit of the doubt; he has indulged in every one of these manic episodes of agitation among his fellow liberals. The only nerves Obama will seek to calm will be those frayed over his halfhearted execution of the war on ISIS. It would be shocking if the president bucked his left-leaning constituents and instead tried to talk them off the ledge. Their unreasoning anguish is politically useful to him. It would be incredibly cynical for a president who allowed terrorist safe havens abroad to proliferate and oversaw the resurgence of radical Islamic terrorism demand from the public he failed that they disarm in response to these conditions. I expect that’s what we will hear.

Sydney, Ottawa, Paris, New York, Garland, Copenhagen, Ankara, Beirut, London, Tunisia, and over the Sinai desert; the blood of nearly 1,000 innocents spilled by ISIS-linked or inspired attackers in just over a year. The left would hope to normalize that nightmare while fighting a perennial war on a more familiar front against a known enemy: their fellow Americans. Surely, this response to crisis is many things, but it’s not rational. 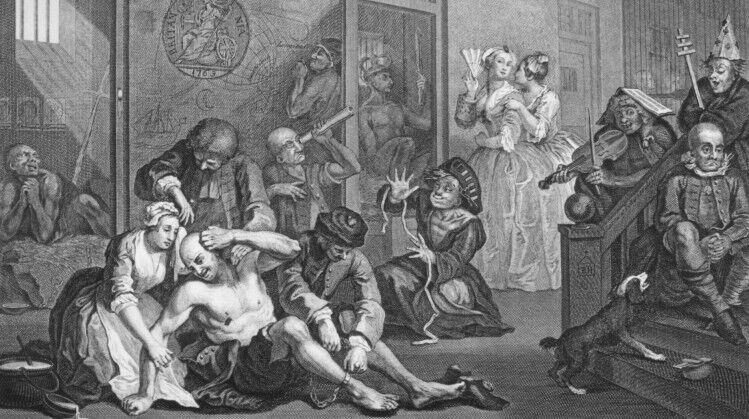