For all the controversies and scandals that have loomed over Donald Trump’s term in the Oval Office, this president has been lucky. He has presided over a strong economy with historically low unemployment rates, despite the relatively fruitless ongoing trade hostilities with America’s allies and competitors. He has not had to execute a significant military operation abroad. His responses to natural disasters have been (deservedly) criticized, but those disasters were not unprecedented in scope. The closest this administration has come to an exogenous crisis is the unforeseen surge of migrants at the Mexican border in 2019, and the administration’s reflexive response was to subvert the constitutional order. Maybe we’ve been lucky, too.

But the economic growth that has buoyed the president may soon come to an end. So how would Donald Trump perform in a real economic crisis if one arrived on his watch? Every indication we have suggests that the president knows his political fortunes are coupled with the economy’s performance. And Trump has demonstrated a willingness to abandon scruples in the effort to boost America’s economic confidence or, failing that, tear down trust in its financial institutions to deflect blame.

As trade hostilities with China deepened in August and Beijing allowed its currency to weaken, signaling to investors that the Chinese government believed the dispute would not be resolved amicably anytime soon, the stock market declined precipitously (along with the value of long-term bonds). With the pressure mounting on the president to change course, the administration announced that it would delay the implementation of tariffs on certain consumer imports until Christmas. It didn’t work. The China State Council announced new retaliatory tariffs on $75 billion in American goods, sending the stock market into freefall. Trump responded by demanding that American companies cut ties with their China-based partners and announced that a new round of trade sanctions against Chinese goods was coming. The market selloff accelerated.

Suddenly, with the president abroad for the G7 summit, Trump announced that détente was in the offing. “China called last night our top trade people and said, ‘Let’s get back to the table,’” Trump told reporters. “So, we will be getting back to the table, and I think they want to do something.” Investor fears were allayed and markets rallied. There was only one problem: This never happened. “Though Trump and Treasury Secretary Steven Mnuchin insisted there had been ‘communication,’ aides privately conceded the phone calls Trump described didn’t happen the way he said they did,” CNN reported. Indeed, in his eagerness to “project optimism that might boost markets,” two officials told CNN reporters, the president fabricated an event to mislead investors. You might call it “fake news.”

As disconcerting as this event was, what would amount to securities fraud if the president was a chief executive of a publicly-traded company rather than the chief executive of the U.S. government, concerns about Trump’s behavior are mitigated by the fact that this was an effort to restore faith in American institutions. Increasingly, though, Trump is more inclined to undermine those institutions. Among his primary targets is Federal Reserve Chair Jay Powell, who the president has alleged is actively working to compromise not just this presidency but the country. “My only question is, who is our bigger enemy, Jay Powell or Chairman Xi?” the American president asked. It is a testament to the nation’s exhaustion with Trump’s reckless antagonism that his attempt to compare the independent Fed chairman he appointed to a human rights-abusing Communist despot didn’t make a bigger splash.

The president faces an uphill battle to educate the public as to why the Fed’s cautious lowering of interest rates constitutes treason (to say nothing of basic underlying monetary policy), but Trump’s task would be much easier in the event of a downturn. The president has shown no compunction when attacking the owners of major American employers who respond negatively to increased tariffs on foreign goods or resist his administration’s deregulatory agenda. In a negative growth environment, employers that downsize, offshore, or dissolve entirely will find themselves on the receiving end of some pointed accusations from the president. What’s more, those populist indictments are going to find a much more anxious and, therefore, receptive audience.

Perhaps most troubling are the policies the president would deploy amid an economic contraction. Even the most doctrinaire free-market evangelist can succumb to the exigencies of an economic crisis. And when it comes to free markets, Donald Trump is no dogmatist. Even before he took office, the president advocated policies designed to “prime the pump”—Keynesian shorthand for public-sector spending “to get jobs going and the country going.” But even when he made these comments, the unemployment rate had fallen to just 4.6 percent and GDP had increased by 3.2 percent. The pump did not need any priming.

The president’s economic views are informed by a flawed but comforting belief that American industry should be frozen in time. That is evident in both his protectionist philosophies and his strategic decisions, most notably what we refer to as the “Carrier deal.” During the presidential transition, Trump’s team led by now–Vice President Mike Pence provided the defense contractor that owns Carrier—United Technologies—state tax relief to prevent the firm from shipping 1,000 Indiana-based jobs to Mexico. The taxpayer-provided slack gave UT just enough breathing room to allow the furor over its outsourcing plan to die down, but the layoffs that were going to happen in 2016 occurred in 2018 instead. Employees who weren’t fired outright were demoted. The plant was plagued by “rising absenteeism and low morale,” which became so endemic that it resulted in reduced or even arrested production. But the country’s eyes, which had once been locked on this ill-fated corner of Indiana, were elsewhere, and the hardship endured by these workers went relatively unnoticed. The prolonged pain these “rescued” Carrier employees endured was arguably worse than if they had simply been released into what was then a healthy job market.

Would the president be amenable to “inducements” like those Pence provided United Technologies if a Democratic House was offering them amid an economic contraction? The answer is almost certainly yes. And if Trump were to endorse such a thing, there’s little indication the Republican-led Senate would stand in his way. When Trump gets behind a Democratic proposal over Republican objections, those Republican objections quickly melt away. A “Carrier deal” writ large isn’t beyond the realm of imagination amid a substantial downturn, though the treasury will be under significant strain in such a scenario. In 2007, at the start of the last recession, the federal debt was just 35 percent of GDP. Today, it’s closer to 80 percent. On its present trajectory, it will crest 100 percent by 2028. The menu of fiscally prudent options available to a Keynesian president and his Democratic allies would be substantially curtailed. But then, fiscal prudence is an afterthought in a crisis.

Donald Trump and the country he leads have been lucky so far, but luck runs out. One day soon, Trump may be faced with a genuine all-hands-on-deck crisis. If the president’s instincts are any indication, he’s likely to make it worse before it gets better. 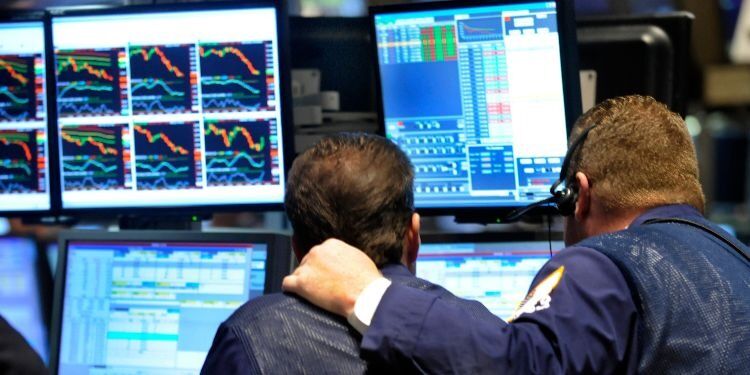 No Virtue in Specter’s Self-Centered “Bipartisanship”