Let’s stipulate up front that, when the Iowa caucus results are tabulated and the pledged delegate count is established, it would be reckless and even irresponsible to question those results. Let us also acknowledge that a failure to question those results amid the spectacular bungle that occurred last night is an act of breathtaking naïveté. These two contradictory claims are both valid and taken together they are irreconcilable.

You don’t have to be a conspiracy theorist to presume that the integrity of the Iowa vote may be indelibly compromised by the perfect storm of technological and human error that culminated in an election night without results. The results-reporting application that the Iowa Democratic Party hoped to use to coordinate efforts across the state failed. The testing and training process was lax. Precinct chairs couldn’t connect with party leaders to report results manually. The phone lines were jammed. The realignment process, by which candidates with modest levels of support are eliminated from the process, was butchered in some municipalities. Captains didn’t know the rules.

In retrospect, this debacle might have been inevitable. The standards that had made this anachronistic contest work for over a generation were targeted by Bernie Sanders’s associates following the 2016 caucuses. The Vermont senator lost that contest by only three-tenths of a point—a result that somehow yielded two more pledged delegates to Hillary Clinton than Sanders. Sanders’s demands, which were ultimately met, compelled the state to report three separate sets of results: the initial vote, the final vote, and the pledged delegate count. This is all sausage-making that we were never meant to see.

Moreover, the Democratic Party’s belief that American vote tabulations are subject to foreign meddling compelled the party to implement reporting procedures and security processes that would confound well-trained experts, never mind the passionate volunteers who staff precincts. A general sense of mistrust toward everyone—national security professionals, government officials, party leaders, and media—transformed an already arcane process into a byzantine nightmare. Having crippled this institutional citadel, self-interested individuals rushed through the breach.

Pete Buttigieg was the first. In the absence of reportable results, his campaign picked up the slack, released its own internal results, and declared its candidate the victor. Bernie Sanders followed. His campaign, too, demonstrated that the caucuses had vaulted the senator into the pole position. For her part, Sen. Amy Klobuchar’s campaign insisted that their candidate had finished ahead of former Vice President Joe Biden. In the early morning hours, Sen. Elizabeth Warren’s campaign revealed that it believed their candidate secured the third ticket out of Iowa. “Any campaign saying they won or putting out incomplete numbers is contributing to the chaos and misinformation,” wrote Warren’s chief strategist, Joe Rospars, who then affirmed without even a note of self-reflection that “Biden came in a distant fourth.”

Who is to say they’re wrong? No one, yet. And when there are concrete results to report, the initial impression created by these candidates will exert a compelling hold over each campaign’s supporters. Their voters have placed their faith in personalities, not flawed mechanisms and fallible establishments. And having witnessed the irredeemably mishandled debacle that took place in Iowa, who can blame them?

There is today a pervasive sense among political observers that this is no way to choose the leader of the free world. Opacity, confusion, and coin tosses cannot be how an advanced republic selects the head of its executive branch. But in the age of populism and mistrust, the reforms that are imposed on America’s political systems almost always err in the direction of participatory democracy. The self-managing bodies that are designed to temper and channel public passions are handcuffed or rendered incapable.

America’s two major political parties have ceded their veto over candidate selection to the masses, reducing the incentives to work across the aisle to achieve policy victories in Congress and increasing the effects of polarization. Those institutions have surrendered their capacity to fundraise, creating a vacuum filled by advocacy organizations and political action committees. They’ve abandoned their monopoly on political messaging, conscripting pundits and political entertainers into the business of vetting candidates and setting the agenda. If America’s two parties have identities, they are defined not by ideas but fealty or opposition to the current president. But the person who occupies the White House is increasingly hostage to the demands of the demos. It used to be that presidents would summon columnists and commentators to the Oval Office to enlist support for their agendas. Today, it’s the pundits who impose loyalty tests on the president.

Thus, a quirky backbench senator who maintains only a transactional relationship with the party to which he’s aligned out of ambition and convenience can scuttle an electoral institution, rendering its results incomprehensible and suspect. When those assailed institutions fail, as Iowa’s caucuses have, the public’s faith in its organizational stewards declines just a little bit more. And who benefits more from that increased public apprehension than the ambitious politicians who promote it?

Like any strong medicine, too much democracy is a poison. And when the adverse effects of this therapy sicken the host, its well-intentioned custodians prescribe more of the same. The results are predictable: an unhappy but undeniably justified paranoia about the competence of the physicians managing their care. Iowa’s disastrous caucus night is a symptom of a broader malady plaguing the nation’s politics, but no one has any stomach for the cure. 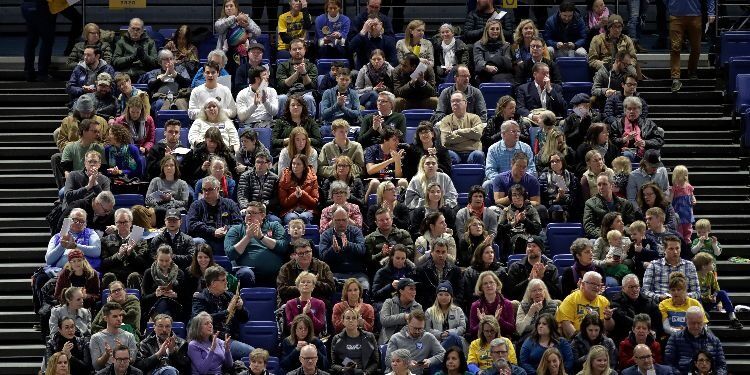