The language that accompanies news reports involving the allegation of sexual assault against Joe Biden is enough to give their readers post-traumatic flashbacks. That 1993 allegation has now been “corroborated” by two women who claim the purported victim, former Senate staffer Tara Reade, provided them with “contemporaneous accounts” of her abuse. All that’s missing from the coverage of Biden’s tale is the once-ubiquitous phrase, “credibly accused.” You are unlikely to see that one, though, because the coverage of the accusation against Biden has been largely typified by something that was lacking in the effort to dig up Supreme Court Justice Brett Kavanaugh’s supposedly sordid past: responsibility.

To the extent that the press has covered the case, it has done so skeptically. Reports have erred on the side of justice; that is to say, deferring to a high evidentiary standard commensurate with the gravity of the charge against Joe Biden. The press has not, however, covered itself in glory. The partisan burden on mainstream news outlets to avoid retroactively invalidating their effort to tar Kavanaugh with gross criminality has led the press on a predictable “pounce” hunt. That mission gave birth to one of the most impressively convoluted headlines in the modern era. Via the Washington Post: “Developments in allegations against Biden amplify efforts to question his behavior.”

It takes a real contortionist to craft a headline so passive it only becomes more confusing with every read. The underlying sentiment is, however, as clear as day: The story is not the story; the reaction to the story—specifically, the Republican reaction—is the story. Quite unlike most “pounce” narratives, this deliberate attempt at obfuscation is excusable if only because the Republican reaction here is a story. It’s a tale of consistency.

For the most part, the right has not treated these allegations as an opportunity to speculate wildly and convict the former vice president on the substance of an accusation alone. That’s the same standard that they applied to Kavanaugh in 2018, and their approach has been vindicated by their critics. “Reflexive acceptance of any and all allegations of sexual misconduct against any man is not staunch feminism,” the Post’s Ruth Marcus wrote recently, “it is dangerous credulity that risks doing terrible injustice to the accused. #BelieveAllWomen was a dumb hashtag and a dumber approach.” That’s exactly right. Surely, it’s a matter of time before the American right is feted by the press for their foresight and prudence. A deluge of mea culpas is just around the corner.

While we wait, we might occupy ourselves with a brief reflection on some of the supposed bedrock principles of social justice that have been rendered hollow by Reade’s inconvenient allegations. Many of the sentiments—we cannot call them philosophies—that buttressed the crusade against Kavanaugh on the left have been gutted by this cosmic role reversal. “The right to be believed” is merely the tip of the iceberg.

The first and most vulnerable maxim to suffer a mortal wound in this affair has been the assumption shared by many that personal experience suffices for an informed opinion on matters as weighty as violent sexual assault. Biden’s senior adviser and prominent television surrogate, Symone Sanders, was among the more vocal advocates of this perspective. According to her, “there was no doubt” about Kavanaugh’s guilt because the experience described by his accusers adhered closely to an episode of sexual violence she experienced in school. Her professional obligations perhaps prevent her from a public reconciliation with her once deeply held belief, but she wasn’t alone in making this logical leap. The silence of those who were once so eager to indict on the basis of past personal experience is so deafening that we can only conclude they’ve quietly come to terms with the irreconcilability of their worldview with their politics.

Another nostrum of social justice’s adherents that has suffered a near-fatal blow is the idea that the benefits enjoyed by certain demographics—white heterosexual men, in particular—must be overturned. A cavalcade of Democratic stars paraded across the stage in 2018 to explain why Kavanaugh’s passionate defense of himself against a criminal allegation was nothing more than the death rattle of white, male privilege. Jennifer Palmieri, Paul Krugman, Rebecca Traister, Maureen Dowd, Dan Rather, and half a dozen more insisted that vehemence in one’s defense was only more evidence of guilt. If Joe Biden is ever pressed by reporters for his side of Reade’s story—a scenario that could make or break his political fortunes—he had better approach the prospect of his guilt with dispassionate open-mindedness. Fortunately for him, the press has deprived Biden of that opportunity.

More to the point, though, Biden’s very presence in the presidential race at this point represents an affront to social justice. Or, at least, it would if there was any consistency in these ideological proclivities. The Kavanaugh case proved to ABC News analyst Matthew Dowd that “we as white male Christians” should “practice a level of humility” and “give up our seats at the table.” Senator Mazie Hirono appeared to agree. “Guess who’s perpetuating all these kinds of actions? It’s the men in this country,” she asserted. “Just shut up and step up.” To the essayist Rebecca Solnit, this confirmation fight was nothing less than “a battle” to determine if this was a country in which “all are equal” or whether it had become “a citadel of white male privilege.” Georgetown University associate professor Christine Fair went so far as to advocate “miserable deaths” involving posthumous castration for those who reserved judgment against Kavanaugh. As it happens, this was not a philosophy dedicated to social leveling but the elevation of progressives.

Finally, mirabile dictu, the social-justice dogma that recommended a reboot of the very concept of justice has likely been irreparably hobbled. For this ideology’s advocates, the very concept of justice was indelibly tainted. When it came to sexual-assault claims, due process standards in a courtroom placed an undue burden on the accuser. The evidentiary threshold required to convict was too onerous. The constitutional demand that an alleged victim be made to confront her accuser too traumatic. The British common-law standards that Americans inherited at the Founding were the product of profound bigotry, according to no less a figure than Joe Biden.

“This is English Jurisprudential culture, a white man’s culture,” he insisted last year. “It’s got to change.” This wasn’t just an errant thought. The redefinition of what constitutes justice was put into practice by the Obama administration, which provided colleges with a set of guidelines that allowed them to adjudicate sexual-assault claims on campus. The results of this experiment, one that Biden himself presided over, were countless travesties of justice, many of which were reversed in real courtrooms. Neither Biden nor his allies would like to be held by the standards he applied to so many others because they are not standards at all.

It is too much to ask for a permanent reckoning here. These were transactional principles in the first place, and they will be applied again when the target of the social justice left is more politically valuable. Hypocrisy is no obstacle. But the counterexample this moment presents to opponents of social justice’s malleable diktats will prove invaluable when those so-called principles make a return. 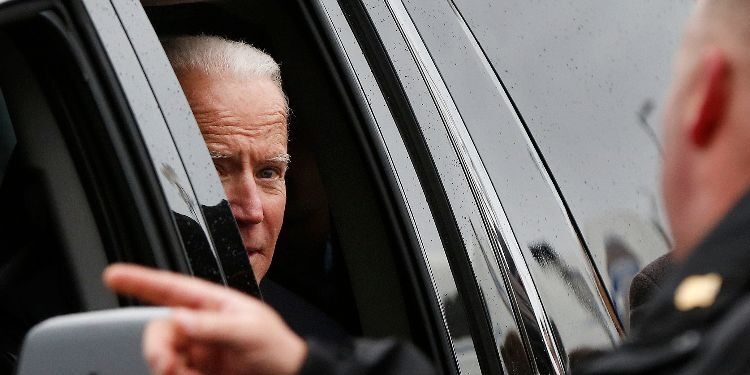