There may be no greater incongruity in American politics than that between the unilateral powers vested in the president on matters related to foreign affairs and how little the electorate cares about foreign affairs. Absent an acute crisis, events on the world stage just aren’t foremost on American minds. Joe Biden’s ascension to the Democratic Party’s presidential nomination would alter that equation, in part because he spent over a decade as the ranking member and then chairman of the Senate Foreign Relations Committee. But Biden’s efforts to favorably contrast himself with the Trump administration on foreign policy will be complicated by his record of astoundingly bad judgment.

Biden opposed providing support to the South Vietnamese government following American withdrawal from South East Asia, contributing to the horrific conditions that led to the fall of Saigon. When Gerald Ford’s administration sought to resettle as many South Vietnamese refugees as it could, Biden joined Democratic efforts to withhold refugee assistance and exclude “barmaids, prostitutes and criminals” from eligibility. Though Biden’s flawed foreign-policy instincts often reflected the liberal consensus at the time, they were still unsound.

Biden opposed Ronald Reagan’s support for the Nicaraguan Contra rebels and the pro-American government in El Salvador, both of which were combating Soviet-backed organizations that had been successfully establishing a beachhead in Central America. Biden echoed the Soviet line that Reagan’s efforts to advance missile-defense technology were “reckless and irresponsible” because they could be interpreted as a first-strike weapon, weakening deterrence theories based on mutual thermonuclear destruction. Declassified Soviet-era intelligence revealed that Moscow never honestly believed this. They were just seeking to improve their negotiating position—an effort that Biden eagerly aided.

Joe Biden voted against authorizing the 1991 mission to expel Saddam Hussein’s forces from Kuwait, scolding George H. W. Bush for putting together “a coalition that has allowed us to take on 95 percent of the sacrifice across the board.” A decade later, he insisted that George W. Bush’s withdrawal from the anti-ballistic missile treaty would lead to an arms buildup in Russia and South Asia, as well as a dramatic escalation in tensions between India and Pakistan. Fortunately, these destabilizing events remained theoretical.

Biden will have to make it to the general election before his record on these issues is thoroughly litigated, but there is no guarantee he will make it that far. The former vice president’s problematic instincts when it comes to foreign affairs is a source of much consternation for Democrats, too.

Democrats may be willing to forgive Biden’s support for Bill Clinton’s military interventions in the former Yugoslavia, but they’re unlikely to be so dismissive of his vote in favor of the 2003 Iraq War or the committee hearings he led establishing the existence of Hussein’s weapons of mass destruction programs. Nor will they be willing to look past his advocacy for the dismemberment of Iraq in 2006, which would have deepened and prolonged American involvement in the region.

They may also be embittered by Biden’s support for the 2009 “surge” of U.S. troops into Afghanistan modeled after the successful strategy employed in Iraq in 2007 (which Biden opposed). That was the basis for Donald Trump’s version of an Afghan surge strategy in 2017. And Democrats are unlikely to forget that Biden advised Barack Obama against the raid on the Abbottabad compound in which U.S. forces neutralized Osama bin Laden.

To make matters even more complicated for Democrats, the party’s 2020 nominee is unlikely to emerge from the primary process without distancing him or herself from Barrack Obama’s permissive attitude toward relations with Russia. Today’s Democratic Party is, at least cosmetically, hawkish when it comes to the Kremlin, but that puts it squarely at odds with the party Obama and Joe Biden led. The Obama administration’s “reset” led them to withdraw promised missile defense and radar installations destined for Poland and the Czech Republic, compelled them to oppose the Magnitsky Act, and forced them to forego imposing consequences on Moscow when it violated the intermediate-range nuclear forces treaty. Only after Russia invaded and annexed sovereign territory in Europe did the Obama administration begin to reverse this disastrous course, but that was after the last administration embarked on a campaign of withering mockery directed toward anyone who noticed Russia’s rising antagonism.

Biden was among the many Obama-era officials who mocked Mitt Romney for noting that the threat posed by Moscow’s revanchism was real. “He acts like he thinks the Cold War’s still on. [He says that] Russia’s still our major adversary. I don’t know where he’s been,” Biden told CBS News reporters in 2012. “This is not 1956.” Today, and largely as a result not of Russia’s diplomatic or military adventurism but because of its support for the operations that exposed Democratic National Committee communications to the public in 2016, these comments are obviously naïve. A Democratic presidential nominee is unlikely to demonstrate sufficiently hawkish bona fides when it comes to Russia without tacitly conceding that Mitt Romney was right all along. Of all the Democrats in the race for president, Joe Biden may be the least prepared to make that kind of concession.

Biden’s bad judgment has been the subject of countless op-eds, but it’s never been thoroughly litigated in the arena of public opinion. The former vice president has been lucky—his many failures of wisdom and discernment have never been the subject of a sustained national conversation, in part, because Democrats have not been making that case. In 2020, Biden’s luck may run out. 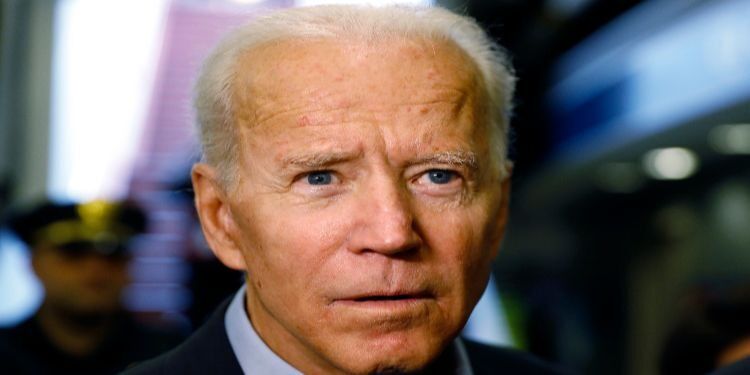