You’ve heard it before. The voters are “angry.” On both sides of the aisle and across the demographic spectrum, average, tax-paying Americans are furious with the political system. Although the reasons for their outrage vary greatly, their righteous ire is directed uniformly at Washington and is manifest in the insurgent presidential candidacies mounted by Donald Trump and Bernie Sanders. On a superficial level, this seems like a reasonable conclusion to draw from 2016’s unpredictability. Like-thinking commentators on populist media outlets hammer away at the “year of the angry voter” theme daily. Today, the notion that the voters are in a revolutionary mood is bandied about carelessly as though it were a universally accepted presumption. There may, however, be selection bias at work here. Those who are themselves angry rarely have trouble finding things to be angry about. But is the general electorate as incensed as the commentary class contends?

To measure “anger” in terms of participation in electoral politics is inherently flawed. For example, one might expect voter “anger” to manifest itself in a wave of contested primaries in which incumbents are ousted. By that measure, the voters in 2016 are unusually placid. Until last night, only one incumbent federal office holder had lost their primary race, and that was a Democrat – Pennsylvania’s Chaka Fattah, who is facing multiple counts of criminal fraud. That changed last night when a Republican lost her race for reelection in a primary: the Trump-endorsed and Trump-endorsing Congresswoman Renee Ellmers.

The issues that defined the race in North Carolina’s 2nd district congressional primary predate those that have dominated the political landscape in 2016. Redistricting scrambles the calculation – Ellmers was running for reelection against a Tea Party candidate and another incumbent Republican from elsewhere in the state — and the outside groups that committed to this race are in many ways more interesting than the candidates. Still, Ellmers proudly billed herself as an early Trump backer in Congress, and the first woman in the Federal legislature to do so. She was rewarded for her loyalty when Trump cut robocalls in support of her campaign. Ellmers not only lost but she quite nearly came in third place.

This is an interesting development if only because it suggests that there is no movement galvanized by Trump to oppose business-as-usual Republicans so much as there is a movement that supports Trump… and that’s it.

There may have been no angrier election year in recent memory than 2010. This was the original Tea Party election and the first time voters had gone to the polls after having fully absorbed the impact of the Great Recession. A thousand headlines bloomed when incumbents like Senators Arlen Specter and Bob Bennett were ousted by the voters. But of the 25 incumbents who sought reelection, 22 won their primaries. In the House, only four members who sought re-election failed to win the support of their voters.

On Election Day in 2010, 87 percent of House incumbents were retained. That might sound high, but it was actually the lowest retention rate since 1970. In 2014, while Republicans retook the Senate, 95 percent of federal representatives and senators were returned to office. In 2012, despite “a mini-wave of defeated [mostly Democratic] incumbents,” as the New York Times reported – a figure augmented by the results of decennial reapportionment — 90 percent of incumbents were retained.

The point is that an “angry” anti-incumbent wave election year is also distinguished by the retention of the vast majority of elected officials. Even in presidential years that can be considered “status quo” elections on the presidential level, the rate of down-ballot churn is usually roughly equal to that which typifies “angry” years. The truth is that voters who are “angry” are just as likely to drop out of the political process as they are to participate in it. Maybe even more so.

But what about the mood of the country? With only the briefest moment of optimism following Barack Obama’s 2009 inauguration, voters have been sour on the direction of the country since George W. Bush’s first term in office. Today, an average of over 65 percent feel the nation is moving in the wrong direction while just over a quarter of respondents say America is on the “right track.” The static nature of the voters’ assessment of the dire state of affairs in the country suggests that it is not a strong indicator of electoral outcomes. What often is a window into the future, however, is the job approval rating of the sitting president.

After spending almost his entire second term underwater with the public, Barack Obama is enjoying a renaissance. Since March, the president has earned job approval ratings in positive territory – often with more than a majority of respondents expressing approval of his performance in office. Job approval ratings for outgoing incumbents tend to correlate with “in-party” retention rates. “Ah, but what about Bill Clinton?” asks the skeptic. “He left office with a majority of adults approving of the job he did, and his vice president still lost.” True, but despite winning the popular vote, Al Gore lost Florida, Nevada, Missouri, Ohio, New Hampshire, and Virginia. The map and the electorate have changed. George W. Bush’s Electoral College victory in 2000 cannot be duplicated today with his share of the popular vote. At least, not by a Republican candidate.

And what about the economy, which remains voters’ top priority? Despite an embarrassingly weak jobs report last week and persistently anemic GDP growth that hasn’t kept pace with the expanding population, the official unemployment rate is well under 5 percent. Gallup’s adjusted employment rate hit a new six-year low in April at 5.2 percent, and its “good jobs employment rates” metric, which tracks adults working full-time, is up three points since January 2010. Voters remain pessimistic about the economy, as they should. Whether that apprehension manifests in a “change” election in November seems unlikely, given all the mitigating conditions above.

Donald Trump’s nomination to the GOP represents a sea change in American politics, but the lack of an anti-incumbent sentiment on the right indicates that this is not a movement but a moment. Bernie Sanders rise and fall may be more of a commentary on Hillary Clinton than the mood of the Democratic voting base. And if the polls are to be believed, 2016 is much more likely to be a status quo year. At least, for now. 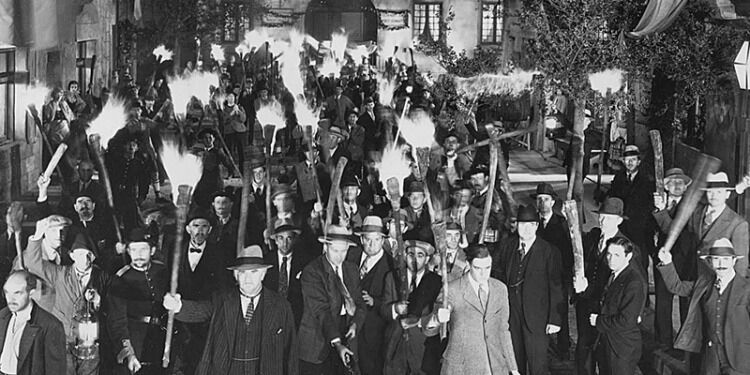