When House Speaker Nancy Pelosi rejected the notion that Donald Trump should be immediately impeached, it was as much a show of political prudence as a display of dominance. Pelosi’s impertinent left flank, represented by the triumvirate of Reps. Alexandria Ocasio-Cortez, Rashida Tlaib, and Ilhan Omar had been exerting influence well beyond their station. AOC’s crusade for the Green New Deal had already hijacked her agenda, and Omar’s notoriety fractured the Democratic Party and scuttled a perfunctory effort to label the anti-Semitism she regularly evinces undesirable. Something had to go, and so it was Tlaib’s pet cause—impeachment—that met the chopping block. Pelosi’s lieutenant, Rep. Steny Hoyer, framed the rationale succinctly: “We’ve got 62 new members,” he said. “Not three.”

“Some have questioned the maturity of our youth,” Pressley said on the House floor while sponsoring an amendment to a voting rights bill to lower the age of registration eligibility. “I don’t.” Her rationale was simple: young people are affected by what happens in America, so they should get a say in how those events unfold. The lack of a limiting principle (why not 14 or 15?) to this logic didn’t deter Pelosi from affirming her own longtime support for teen voting rights. “I myself have always been for lowering the voting age to 16,” the speaker said. “I think it’s really important to capture kids when they’re in high school, when they’re interested in all of this, when they’re learning about government, to be able to vote.”

At a time when society seems inclined to indulge young people’s desire to languish in an extended twilight childhood, it’s revealing that voting is the only adult responsibility for which Democrats think children are prepared. When it comes to just about any other condition of maturity, Democrats seem to think the proper course is the exact opposite.

Legislatures around the country are crafting bills designed to raise the age of criminal responsibility for non-violent offenses because a system that treats “16- and 17-year-olds the same as fully developed adults” is unjust. Democrats in Congress introduced a bill this year that would raise the age at which a person can purchase a semi-automatic rifle from voting to drinking age. Democrats across the country are increasingly inclined to look favorably upon bills that raise the smoking and vaping age from 18 to 21. Activists are trying to convince states to raise the driving age to at least 18, and they’re generating traction.

It’s no surprise then that children are slower to enter adulthood. Teenagers and young adults are putting off qualifying for a driver’s license, getting married, starting down a stable career path, or even having sex for the first time.

All of this seems to concede that children are more prone to make bad choices—or no choices at all—owing to a lack of experience. The answer to that condition might be to provide those children with more experienced approximating those associated with adulthood, but voting is not that kind of experience.

The universal status that ties all America’s enfranchised citizens together is their capacity to be productive members of society, and I mean that quite literally. They produce—or are at least legally, physically, and mentally capable of production—and thus contribute to the public good and the treasury. A representative republic in which elected officials feel as beholden to their nonproductive constituents than their productive ones will pander itself out of existence. Profligacy will win out over thrift. Comfort will triumph over liberty. Stagnation will thrive as fecundity withers.

That’s an outcome that no responsible political party should want to see. But it seems that, for some, responsibility is a subjective idea. 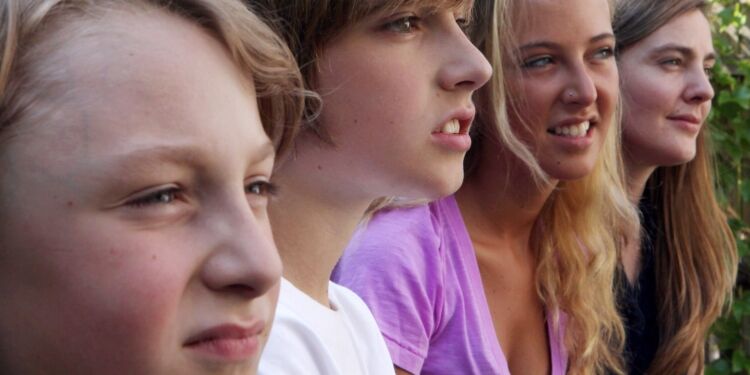