E. Jean Carroll claims that the President of the United States sexually assaulted her 23 years ago in a dressing room at Bergdorf Goodman. Carroll’s allegations against the president were first revealed last week when New York Magazine published an excerpt from her new book, What Do We Need Men For? A Modest Proposal. What she describes can only be called rape. Though the president denied the charge and said he never met Carol, the two had been previously photographed together at a 1987 party.

The frequency and ease with which the president lies render his denials suspect. But that fact does not reduce the burden of evidence necessary to demonstrate the veracity of a claim of felony sexual violence—even in the court of public opinion. Carroll claims she told two of her friends about the attack at the time it occurred. New York Magazine and the New York Times spoke with those friends, both of whom confirmed Carol’s account of events but refused to go on the record. The Times did not find any independent sources to verify her claim or “any additional corroboration.” Nevertheless, major American newspapers—the Times, in particular—were singled out for criticism not because they ignored the story but because they failed to lead with it on the front pages.

Columbia Journalism Review’s Times-watcher, Gabriel Snyder, detailed the “outrage among readers” who bristled over the positioning of Carol’s claims, in the paper’s literary section. New York Times Executive Editor Dean Baquet appears to agree. In a Times piece covering its own coverage, Baquet said the paper’s placement of the story undermined its assessment that Carroll’s charges “will likely reignite the discussion over the president’s treatment of women and the assault allegations that have been raised against him.” The Times editor all but apologized for this institutional malfunction. “We were overly cautious,” Baquet said. “We were playing by rules that didn’t quite apply.”

What rules, exactly? Those that governed how the Times handled allegations of assault and abuse against men like Harvey Weinstein and Bill O’Reilly, which includes “locating sources outside those mentioned by the accusers who not only corroborate the allegations but also are willing to go on the record.” Those seem like valuable professional journalistic standards under any circumstances. Baquet contends the Times should have abandoned those standards in this case because the subject of these allegations is the sitting American president, but that’s a political consideration, not a journalistic one.

Perhaps inadvertently, Snyder made the case for the Times’ coverage of Carroll’s memoir better than the Times itself when he compared these revelations to other high-profile moments in the #MeToo era. Snyder noted that the urgency of the charge might have been mitigated by the fact that the story was told in Carol’s own “literary voice,” in an essay “full of nuance and ambivalence.” It was not the dispassionate, prosecutorial work of investigative reporters.

It did not resemble Jodi Kantor’s and Meghan Twohey’s investigation into Harvey Weinstein. The journalistic product that felled Weinstein was the gold standard. It was exhaustive, spanning decades, involving multiple accusers, and including on-the-record independent corroboration. But Snyder also invoked the New Yorker‘s Ronan Farrow and Jane Mayer, who reported the allegations of misconduct levied by Deborah Ramirez against then-Supreme Court nominee Brett Kavanaugh. That was less a work of journalistic excellence and more a cautionary tale.

Farrow and Mayer’s dispatch detailed their hunt for independent witnesses to confirm Ramirez’s decades-old claim, but all the “dozens” of people they contacted failed “to respond to interview requests . . . declined to comment, or said they did not attend or remember the party.” They could not even confirm that the target of Ramirez’s allegations was even present at the party in which the incident was alleged to have occurred. Even Ramirez’s character witness—a “former friend” of ten years—dismissed the charge as potentially “politically motivated.”

Their only source of confirmation was one “witness” who heard only about the allegation at the time from “another classmate”—a classmate The New Yorker eventually tracked down, only to discover that “he had no memory of the incident.” And yet here was the way The New Yorker’s headline framed the story: “Senate Democrats Investigate a New Allegation of Sexual Misconduct.”

Farrow and Mayer’s experience illustrates why it is a vital imperative for investigative journalistic outlets to treat allegations of sexual assault with the gravity they deserve, even if the subject is a prominent political figure. Carroll’s claims are still being independently investigated. They’re serious, and if they are substantiated it would more than merit saturation coverage in the political press. But treating quarter-century-old allegations themselves as evidence does a disservice to accused and accuser alike, to say nothing of the national discourse, and doing so can backfire on the publications that sacrifice journalistic standards to political considerations.

In this case, the Times‘ editorial decisions were entirely defensible. It’s unfortunate that its editors have declined to defend them. 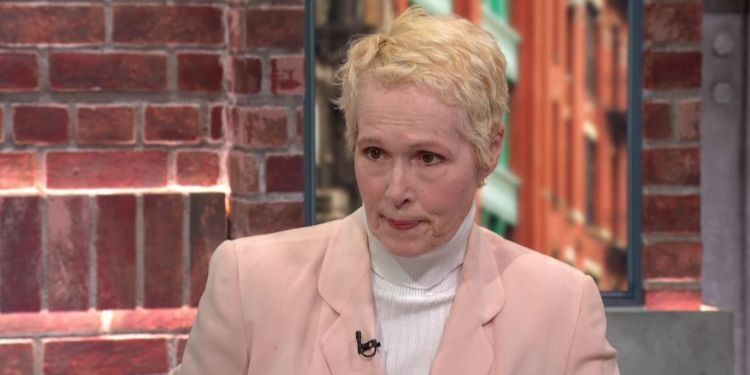