Writing in COMMENTARY over the weekend, Edward Kosner submitted a theory to explain Barack Obama’s bizarre behavior since the threat of radical Islamist terror directed from foreign sources has again come to dominate the minds of most Americans. He noted that the president appeared irritated in Ankara when he was compelled by events to address what he called a “setback” in Paris, in which terrorists with links to the Islamic State in Syria slaughtered 132 civilians. He seemed frustrated and professorial when he told Americans in a prime-time address that they should stay the failing course to which he committed his country. In a speech at the Pentagon today, Obama appeared perturbed that he has to keep repeating himself. You could be forgiven for getting the impression that the president’s most urgent concern is not neutralizing this terrorist organization but placating a public that is reasonably alarmed by it.

That is surely too harsh a verdict of the public relations arm of the president’s anti-ISIS campaign, but that perception is prevenient enough to compel Obama to focus on mounting public concerns. If Obama seems more interested in how the public feels about his war than how it’s progressing on the ground, according to Kosner, that’s because he is.

Obama is so myopically focused on how his war on ISIS is perceived in the court of public opinion, the theory goes, because the only eventuality that could derail his strategy is if the American people were to shortsightedly demand a greater commitment to ground combat operations. Kosner believes that Obama has made a bloody calculation: A certain amount of violence in the West resulting from Islamic terrorism is unavoidable, but the cost in lives would be far greater if the United States were to commit soldiers to a new ground war in the Middle East.

“I suspect the President has made what he considers a shrewd and historically valid judgment of the situation — but one that he dare not share outside his innermost councils,” Kosner wrote.

So — and this is the message that no President could ever tell the American people — it’s a trade-off: Dozens or perhaps hundreds of American and other Western casualties rather than thousands of killed and maimed U.S. and allied troops and billions more spent in a new ground and air war with no guarantee of success. What’s more, intensified war in the Middle East would inevitably trigger more home front attacks rather than prevent them.

Except Kosner’s theory isn’t really a theory at all. If one were to believe liberal political analyst Matt Yglesias’ sources within the administration, the White House believes it has a duty to convince the American people that they should regard radical Islamic terrorism as a lamentable fact of life. Like automobile-related fatalities and complication resulting from pneumonia, Americans should be conditioned to see a handful of annual deaths attributable to Islamic terrorism as simply the cost of doing business.

“Many senior administration officials at this point are part of the permanent national security apparatus, but the core group of real ‘Obama people’ has a surprisingly dovish self-conception,” Yglesias wrote, “where they see themselves operating in a world in which demands for military intervention are constant and endless … but America’s actual ability to engage in non-counterproductive interventions is quite limited.”

“If there were any ideas for countering it that the White House thought made sense, the administration would be executing them already,” Yglesias added, channeling the White House’s political advisors. “In this way, the hardest problem in US counterterrorism policy is in some ways as much a speechwriting challenge as anything else.”

This reads like a reasonable summation of the president’s thinking. When asked by Yglesias in February if the press “overstates the level of alarm people should have” about the threat of terrorism, Obama replied “absolutely.”

“What’s the famous saying about local newscasts, right? If it bleeds, it leads, right?” the president added. “You show crime stories, and you show fires, because that’s what folks watch, and it’s all about ratings. And, you know, the problems of terrorism and dysfunction and chaos, along with plane crashes and a few other things, that’s the equivalent when it comes to covering international affairs.”

The president went on to call events like those that occurred in the offices of Charlie Hebdo and outside Parliament in Ottawa, “sexy.” This is certainly an atonal way to describe the threat of mass casualty terrorism directed from overseas, but it has a certain charm if you were myopically focused on the cold-eyed tactics necessary to achieve liberal policy goals. It’s also horribly backward thinking. If the logic is that allowing radical Islamic terrorism to proliferate should be more politically preferable to American liberals than containing the threat in its region, there isn’t much evidence to support that conclusion.

As Americans feel less safe, they grow more favorable toward the rights of private firearms owners. As refugees stream out of crisis points abroad, nationalist and populist movements on the right grow more appealing. As politically comforting vetting procedures fail, like those that declined to screen San Bernardino terrorist Tashfeen Malik’s anti-American social media posts, they wonder if refugee resettlement (or immigration, for that matter) is worth the risk? As blood spills onto Western streets, Americans grow ever more comfortable with soldiers in train stations, theatrical and ineffective screening processes in airports, and communications monitoring regimes.

Early in 2014, the New York Times cited aides close to the president when they identified Obama’s vulgar doctrinal approach to foreign policy as “don’t do stupid s***.” The problem with this approach to policy is that it is inherently reactive and borne of hindsight. It is a doctrine with neither predictive nor prescriptive value, but merely one designed to reinforce the prejudices preferred by the luminaries haunting the West Wing. For Americans concerned about the erosion of their civil liberties, the failure of the Obama doctrine may have more far-reaching consequences than the return of U.S. ground troops to the Middle East ever could. 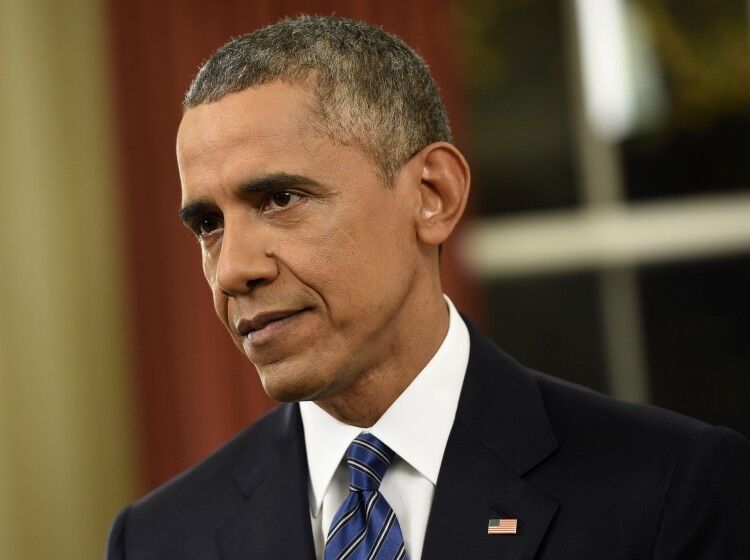