The Affordable Care Act’s defenders have always had a difficult time furbishing this deeply unpopular, irredeemably flawed law in appeals to skeptical voters. In the 2012 race, as the height of the national referendum on the validity of the health care overhaul, Americans were told that ObamaCare was essentially the best the country could do. The president won that argument, but the ACA never enjoyed renewed legitimacy. Quite the opposite occurred, in fact; the liberal constituency to whom the law was crafted to appeal turned on it. Today, ObamaCare’s last remaining defenders on the left are today giving up on the contrivance that there is no workable alternative to the law. Instead, they are now expressing support for what many had told Republicans was a fevered conspiracy theory: a federally-provided insurance option, which many presume must eventually give way to a single-payer system.

This week, the two most important Democrats in the country–Barack Obama and Hillary Clinton–took a step in that direction when both stopped defending the ACA as it was designed and endorsed the creation of a “public option” for insurance consumers. “We have more work to do to finish our long fight to provide universal, quality, affordable health care to everyone in America,” Clinton said in a statement last week.

In concert with her proposal to expand Medicare enrollment access to all Americans over 55, instead of only to those over 65, and to expand public funding for federally qualified private care providers, Clinton’s pledge represents a reversal from her position in the primaries. The former first lady had criticized self-described socialist Bernie Sanders for throwing money no one had at the issue of health care. Today, when it comes to health care reform, Clinton seems inclined to spare no expense.

On Monday, Clinton’s proposal received a vote of support from the president. Writing in the Journal of the American Medical Association, Barack Obama noted that his signature health care reform law had fallen short of expectations. He conceded that there are many parts of the country in which insurance options are limited by a lack of competition and the only way to resolve that suboptimal condition is to create a government-backed insurance option.

This lack of competition resulting from the ACA is no bug; it’s a feature. The so-called insurance cooperatives established as part of ObamaCare have been failing at an astounding rate as more and more shutter themselves or are judged financially unsound by federal regulators. Simultaneously, the law’s insurance exchanges have been shedding participating insurance companies. Why? Because these companies cannot sustain the tens or even hundreds of millions of dollars in losses they have been enduring since joining these insurance pools.

ObamaCare skeptics anticipated this; it was precedented by unsuccessful ObamaCare-style reforms that failed in states like New Hampshire and Kentucky in the 1990s. The “fixes” proposed by the law’s supposed supporters amount to what Pacific Research Institute President Sally Pipes called “piecemeal single-payer.” Now who is the conspiracy theorist?

Right from the moment the Affordable Care Act became law in March of 2010, some Republican critics argued that it was a mere stalking horse for a Medicare-for-all-style system. Though some of this was based in paranoia, much of it was rooted in the empirical realization that ObamaCare was destined to fail.

As Georgetown University Law Center professor Randy Barnett reminded us in his book, Our Republican Constitution, the Senate version of the ACA passed on Christmas Eve, 2009, was “never meant to become law.”  He made the utterly uncontroversial observation that this hash was crafted behind closed doors with the sole aim of securing 60 votes in the Senate. Following the replacement of the late Edward Kennedy with Republican Scott Brown in January of 2010, Barnett noted that the Democrats’ only option was to send the placeholder bill approved of in the Senate to the House for final approval. The final bill wasn’t good policy, but it was politically acceptable to a broader, more center-left coalition of Democrats in the Congress.

Flash forward to 2015, and the Democratic coalition is severely truncated. Gone are the Blue Dogs and aisle-crossers, swept away in two consecutive midterm wave elections favoring Republicans. Today, the Democratic Party’s representatives in Washington are more progressive than they were in 2009-2010, and so are their voters. The result of the failure of ObamaCare and the leftward drift of the Democratic Party has been to make a public insurance option and even a Canadian-style single-payer system a palatable alternative to ObamaCare.

Republicans can take some solace in their vindication, but not much. Congressional Republicans’ ObamaCare alternative has no champion in the party’s presumptive presidential nominee. Indeed, Donald Trump has made a point of heaping praise on single-payer systems in Canada and Scotland and has defended the individual mandate to purchase insurance in the ACA. Even as ObamaCare’s last defenders in the Democratic Party give up the ghost, Republicans are ill-prepared to stand united behind a comprehensive free-market alternative. In the end, the conspiracy theory had more going for it than many were willing to acknowledge, but that will prove to be a cold comfort for its proponents. 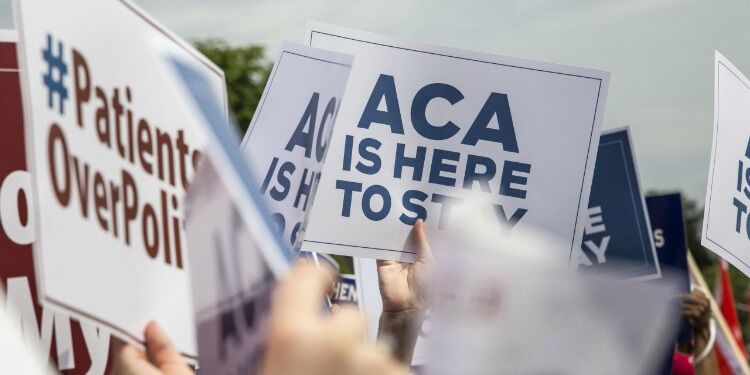