Shaken by a weekend marked by two mass shootings in over just 11 hours, Donald Trump sought to assuage American fears by throwing policy proposals against the wall and seeing what stuck.

The president began his remarks today by advocating stricter restrictions on gun ownership in the form of a stronger background checks regime. He complained of media sensationalism contributing to an atmosphere of “anger and rage.” He warned of “the dark recesses of the Internet,” including social media, where “radicalized disturbed minds” resolve to “perform determined acts.” He condemned “gruesome and grizzly video games.” He described the need to reform America’s mental health laws to make it easier to commit involuntarily those who might pose a danger. He asked Congress to strengthen “red flag laws,” which allow police or family members to petition law enforcement to confiscate firearms from the demonstrably unbalanced. He promised to demand that the Justice Department seek capital punishment for people who “commit hate crimes and mass murders” without the delays imposed on the process by the right of appeal.

The president’s response to the weekend’s violence included a little of what those on both sides of the political aisle want, so it’s certain to please almost no one. And yet, few seem to be looking to the president for programmatic solutions to mass gun violence. Many observers instead demanded an exploration of the ideologies that motivate these shooters—in particular, the white nationalism Trump has been accused of accommodating.

The president took a step in this direction by singling out the El Paso shooter, an avowed white nationalist who targeted Hispanics. “In one voice, our nation must condemn racism, bigotry and white supremacy,” he declared. Trump has often failed to forcefully denounce those he views as members of his coalition who also exhibit racial anxieties, so his scripted condemnation will be greeted with skepticism. It is, nevertheless, valuable when the president calls anti-social racist violence by its name. It is likewise incumbent on Trump’s center-left critics to confront the radical left-wing ideology to which the Dayton shooter subscribed. If he was politically motivated, he wouldn’t be the first of the president’s opponents to commit ideological acts of terroristic violence.

Neither shooter was by any means a classical liberal. They advocated stringent (albeit politically divergent) methods for organizing society that conflict with America’s constitutional ideals and obligations. It’s especially confounding that acts of terrorism in service to tyranny are met with calls for slightly softer authoritarianism.

It’s highly unlikely that the right to appeal a conviction creates an incentive for potentially suicidal mass murderers. Likewise, constitutionally dubious “red flag” laws must be narrow if they make proper accommodation for due process rights, at which point they run the risk of also being toothless. Those on the right and left who argue for outright bans on “assault-style weapons” are stymied by their inability to define what those weapons are in a way that doesn’t capture most of the tens of millions of semi-automatic guns in private hands. Only private individuals are uncovered by America’s strict system of federal background checks, and none of these shooters had a criminal background that would prevent them from owning a firearm. Neither dispassionate researchers nor the Supreme Court found a compelling link between violent video games and acts of real-world brutality sufficient to justify censoring them.

Perhaps the most disturbing part of the president’s grasping effort to appease anxious Americans is his attack on the Internet. “The perils of the Internet and social media cannot be ignored, and they will not be ignored,” he said. This missive dovetails with an effort led by Republican Sen. Josh Hawley to tackle social media’s excesses in legislation, which includes recommendations ranging from limiting user time spent on these sites to just 30 minutes and dictating to technology firms the colors and graphics they can use to maximize clickthrough rates. And yet, even without the heavy hand of government dictating terms to private Internet companies, the firms that host the online forum 8Chan where the El Paso shooter posted his manifesto have withdrawn their services—isolating the site and exposing it to attacks.

Many believe the very existence of insular, self-radicalizing communities like 8Chan—or Twitter or Facebook, for that matter—has become intolerable. But skeptics of these sorts of forums risk creating an ideological black market that they cannot police.

The unregulated arena of free speech and ideological expression, its critics contend, functions in the same way as the economic marketplace. The competitive arena of ideas occasionally allows dangerous ideas to rise to the fore. The critics’ solution is the equivalent of a command economy for ideas. They would impose regulations on speech and expression to keep people safe from the corruption of anti-social beliefs. That’s the result of a common misconception about how top-down prohibitions work; which is to say, they don’t.

The ideologues who demand adherence to logically flawed jingoistic constructs like ethnonationalism are the first to apply censorship in order to maintain strict devotion to their preferred belief structure. By contrast, a societal commitment to the exploration of ideas and a willingness to confront opposing viewpoints, not to criminalize them, augments social cohesion. It should be intuitive that the willingness to suppress views that are deemed dangerous or disruptive is a leading indicator of other forms of authoritarian intolerance. 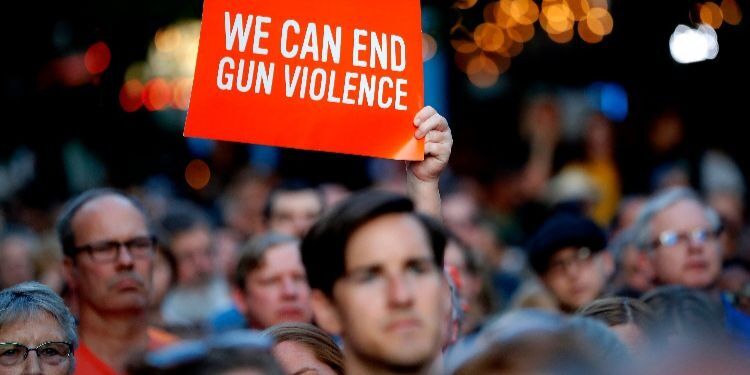