The nation was shaken again on Thursday following an atrocity committed by a disturbed, likely prejudiced young man with access to firearms. It’s become an all-too-common occurrence, and mass shootings should inspire introspection. That’s not what the President of the United States demanded when he took to the podium in the White House briefing room mere minutes after the horrible event had occurred, before the public even knew the victims’ identities. Instead, he called on the nation to shed their capacity for reason, to surrender to emotion, and to direct their grief and frustration at externalities in the hopes that it might advance his preferred political agenda.

“Somebody somewhere will comment and say, Obama politicized this issue,” the President said. “Well, this is something we should politicize.” How convenient for this president who at the time of this pronouncement, as Jonathan Tobin noted, was not aware of the shooter’s motives or pathologies or whether Oregon’s already restrictive gun laws could have been strengthened in a way that would have deterred this crime. No, the president’s goal was to mobilize the mob and to channel its outrage toward his political enemies. When the left seeks to “politicize” events, it is deemed gallantry borne out of righteous passion. The right is rarely afforded such kind deference when it seeks to spark a political debate in the wake of a galvanizing event.

Mass shootings should be politicized, you see, but elective late-term abortion is a medical issue that should be left to a woman and her doctor. When a mass shooter metes out horror and death, it is only just that the atrocity be used to thrust open the Overton window as forcefully as possible. Strike while emotions are raw and while the application of logic and principle to addressing the subject is deemed uncouth. When, however, an atrocity like that committed by Philadelphia abortionist Kermit Gosnell is exposed, it is dismissed as a “local crime story,” in the now famous parlance of former Washington Post (now Vox.com) health policy reporter Sarah Kliff. When Planned Parenthood is exposed as a federally funded abortion mill that uses the discarded limbs and organs of the fetuses it dismembers in the womb to pad the bottom line, the left urges caution and sobriety. At least, that is, just for long enough to establish a veneer of doubt in the veracity of the undercover videos that revealed these practices.

There has never been a point at which gun violence in this country has not been politicized, just as abortion has always been a contentious public policy issue. As the public has become increasingly suspicious of the practice, Democrats have, however, been cautious about demanding the politicization of the subject of late-term abortion. “This is sacred ground to me, when we talk about this,” House Minority Leader Nancy Pelosi averred when probed by the press to elaborate on her aversion to restrictions on access to elective abortions in the wake of the Gosnell murders. Translation: “Shut up.”

Whereas mass shootings are called as much, rarely do Democrats dare call abortion “abortion.” Instead, in the vernacular of the War on Women, it goes by the nom de guerre “women’s health.” And that should never be politicized. “Don’t politicize women’s health,” the Boston Globe averred in a 2011 editorial in defense of Planned Parenthood. “Don’t shortchange jobs to politicize women’s health,” read a statement published by the Senate Democrats a year later in opposing abortion restrictions tacked onto a transportation funding bill. “For years there has been a relentless campaign to politicize women’s health issues, and it is endangering the health of women and their families,” California Representative Lois Capps exclaimed in that same year. “The administration deserves credit for standing its ground and following the science.” Politicization for me, but not thee.

Even the press has gotten in on the act. “Obama challenged the media to compare gun and terrorism deaths,” Vox’s Zack Beauchamp noted on Thursday evening. “So I did.” “Thanks, Zack,” the president replied. The Washington Post’s Philip Bump already had a post on that subject in the chamber and ready to go when the president issued his challenge. This is a category error of the first order, but it serves the purposes of the president and the press to lock arms in ideological solidarity. One wonders if a Republican president who challenged the press to compare deaths in the African-American community related to gun violence and those linked to elective abortion would find the political press as eager to oblige.

The politicization of abortion isn’t the only subject that supposedly nauseates and offends the left. The deaths of four Americans in a terrorist attack, including a United States ambassador, is an event that we are told should never be politicized. “I hope that this will be the last effort by some in the Congress to politicize the tragic events of Benghazi,” Hillary Clinton insisted in August. As though a wildly successful terrorist assault on diplomatic and CIA compounds abroad, for which the United States was ill-prepared, was an issue with no political dimensions to it. That’s not the only terrorist event that was deemed unscrupulously “politicized” by the GOP. “Shame on Republicans for politicizing Christmas terrorist attack,” read Julia Piscitelli’s op-ed in US News following the unsuccessful attack by “underwear bomber” Umar Farouk Abdulmutallab. “[T]o criticize how seriously President Obama takes our national security is simply blind and idiotic.”

“Shame on Republicans for bringing base-politics into a bill to help veterans,” former Senate Majority Leader Harry Reid scolded from the floor of the upper chamber of Congress last year. That scorn was directed at Republicans for daring to demand a vote on a bipartisan bill pertaining to sanctions on Iran, another topic that compels the left to collapse in dramatic histrionics when it is “politicized” by Republicans. “Between the Netanyahu invite and the Cotton letter, the GOP are blazing new trails in politicization of foreign policy — and debasement of their institutions,” wrote Foreign Policy Group CEO David Rothkopf.

Even the legal status of illegal immigrants, an issue that is almost exclusively political, has prompted the White House to bemoan its politicization. After Obama caved to Democratic demands that he not issue more executive orders pertaining to immigration enforcement ahead of the 2014 midterm elections, the White House blamed “the Republicans’ extreme politicization of this issue” for the president’s inaction. The notion that it was Republicans who politicized the issue of immigration and not a president who had determined not to enforce existing immigration law is one that only the most blinkered of liberal ideologues could find compelling.

Politicization, it seems, is only of value to Democrats when they are reasonably assured that their preferred policy prescription might be advanced. In their estimation, it is neither ghoulish nor hard-hearted to fail to observe even a moment’s respect for the families of those killed in yesterday’s attack before igniting a partisan political battle over it. Indeed, the left seems to think it callous to decline to politicize a mass shooting. Yet, when the political right seeks to move the goalposts in the direction of its preferred policy prescriptions on the heels of a narrative-shaping event, they are judged nakedly ambitious and cruel. This might be a justified sentiment, even a noble one, if it were applied uniformly across the political spectrum. Unfortunately for the cause of civil discourse, it never is. 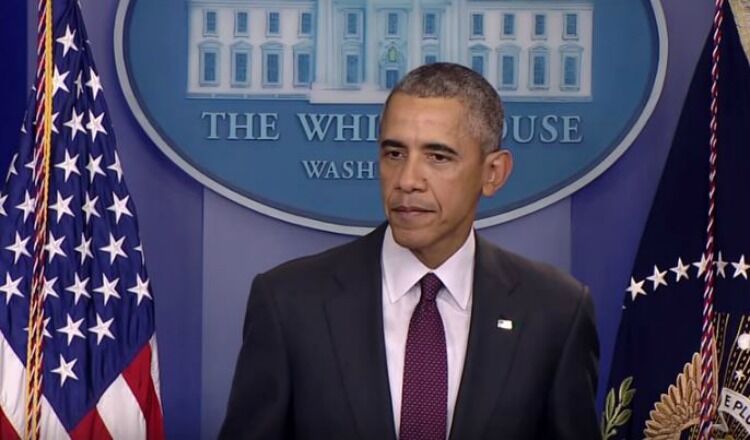