Few American presidents have entered office with expectations on them set as high as they were for Barack Obama. He failed to meet most of them. For that, he has no one to blame but himself and the coterie of flatterers who indulged his vanity.

The tides have not receded, as Cnut promised. America’s post-9/11 wars have not only declined to wind themselves down, but they have, in fact, proliferated – partly a result of the president’s impetuous determination to prematurely declare victory and order the retreat. From a persistent economic malaise to a society-wide crisis of confidence in governing institutions, the fruits of the Obama presidency are made all the sourer in light of all the unfulfilled vows of 2008. Perhaps none of Barack Obama’s unmet expectations stings worse than the naïve belief that his would be a post-racial presidency dedicated to mending the last fissures between black and white America. In this season of political acrimony, there is a glimmer of hope – that most polluted of sentiments; another casualty of the Obama presidency – that the nation might stumble into a moment of positive catharsis on the issue of race.

If the expectation that Obama would be a racial healer was unduly optimistic, Obama cannot blame his admirers or political media for yoking him with that burden. Mired in controversy following the revelations regarding Obama’s longtime Pastor Jeremiah Wright, the president deftly neutralized the controversy by delivering a well-received speech on race in 2008. The 37-minute speech was powerful, nuanced, and cleverly crafted so as to communicate that the future president had lived both the white and black experiences. The president did not set these expectations for himself, but nor did he do much to correct them.

Obama’s election to the presidency did not end racial controversy in America. Racially suspect police work, persistently high African-American unemployment, and a sense of stagnation and inequality have led African-American activists to embrace a critique of urban Democratic governance in the form of the Black Lives Matter movement. The flight of white Americans — including formerly Democratic blue-collar voters — into Donald Trump’s camp is the flipside of that same coin. Overtly bigoted American political activists have flocked to the celebrity candidate’s side, and the candidate has only reluctantly distanced himself from these unsavory characters. Obama, too, is not blameless for this renewed racial polarization. Every time the president ill advisedly weighed in on a nascent racial controversy or implied directly (or through his advisors and Cabinet officials) that resistance to his agenda was rooted in vestigial racism, he stoked the smoldering coals of racial antipathy.

In the space of a single generation, Americans who watched African-American civil rights activists meet German Shepherds and billy clubs on the other side of the Edmund Pettus Bridge also watched the first black president take the oath of office. No other culturally and ethnically heterogeneous society in human history has enjoyed such rapid progress. The arc of history does not bend in just one direction, but most could be forgiven for believing that the era of manifest, violent white supremacism in America had come and gone. That comforting illusion was shattered on June 17, 2015, at the Emanuel African Methodist Episcopal Church in Charleston, South Carolina.

There, then 20-year-old Dylann Roof – a proudly racist anachronism who surrounded himself with the symbols of defunct supremacist societies like those of Rhodesia and the Confederacy –availed himself of a bible study before shooting and killing nine African-American parishioners and wounding a tenth. In forgivable spasms of shock and grief, the nation flailed about aimlessly for a means to seek redress for this heinous crime. New gun control measures were considered, the Confederate battle flag was largely banished from public grounds, and political rhetoric on both sides of the aisle was condemned. None of that would have averted this atrocity, nor would it prevent the next. These were self-indulgent exercises designed to provide the traumatized survivors with a renewed sense of agency, however illusory or fleeting that sensation may be. The survivors of this attack and the relatives of those who didn’t also sought to retake control from the disturbed individual who had stolen it from them, and they did so in an arguably more productive manner. In a display of uncommon grace, they forgave him.

Nearly one year later, and with the nation’s passions having cooled, the country and the courts are debating the murderer’s fate. Should Roof be put to death for his unforgivable crime or should he live a long life in prison?

“The nature of this alleged crime and the resulting harm compelled this decision,” said Attorney General Loretta Lynch when announcing her department’s intention to seek the death penalty. Conservatives have greeted this decision with either silence or approval. South Carolina Republicans Trey Gowdy and Nikki Haley are on record in support of capital punishment for the accused mass murderer. Democratic reactions have, however, been more mixed. A spokesman for Democratic presidential candidate Senator Bernie Sanders revealed that the socialist from Vermont opposes the Justice Department’s decision. Hillary Clinton has been conspicuously silent on the issue, perhaps waiting to gauge the sentiments of her party’s rank and file before taking a position. While this unfolding debate could become a familiar exercise in reaffirming long-held positions on the death penalty, that would be a waste of an opportunity.

Conventional libertarian objections to the death penalty hold that the authority to condemn criminals to execution should be beyond the power of the state because such punishments are irreversible, and it is not unheard of that they are meted out in error. Although the killer has not yet been convicted, his attorneys pursued a temporary plea last summer, and an accomplice pled guilty to concealing knowledge of his alleged crimes. Still others might object to the death penalty on purely conscientious grounds. Those are absolute and unwavering personal convictions which should be respected, but that retreat into subjective definitions of inviolable morality closes off debate. And there could be a valuable national discussion to be had here about the state of racial progress in America. At a time in which race relations appear to be backsliding after years of progress, at a time in which Americans believe racial tensions are on the rise, this could be a productive moment and, quite possibly, a therapeutic one.

Whether Americans summon the kind of benevolence that South Carolinians of all races showed in rallying to one another and, in the case of the parishioners he targeted, forgiving this murderer or whether they condemn him to a deserved death is immaterial. Either way, his fate is sealed. To the extent that Roof’s death may provide some with the mirage of resolution, it may be counterproductive. What if instead of retreating to worn ideological trench warfare over gun control, the death penalty, or the politics of racial grievance, the country took a moment to take stock of its racial progress and the nobility of how its citizens responded to an isolated and terrible event. What if the frustrations of the Obama era could be channeled into a productive discourse about how America might address current and future racial discrepancies? What if the nation asked why South Carolina’s response to this horrific incitement was so distinct from the ratings-grabbing reaction it inspired from partisan political media outlets? 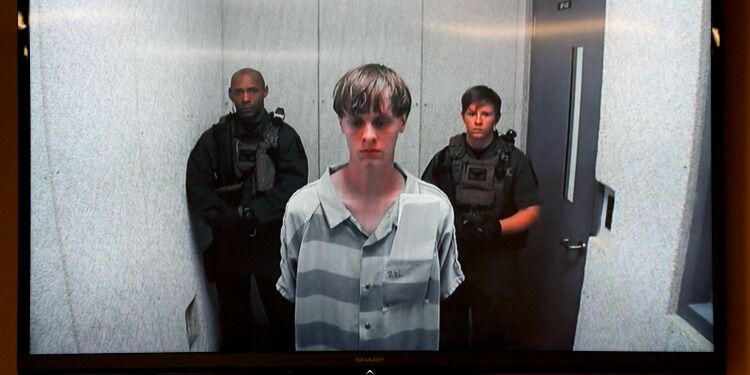