It is an especially tragic kind of hopelessness that leads someone to conclude that present straits are so dire that the only remedy is the dismantling of enduring national institutions and the revolutionary defenestration of the class of professionals qualified to manage them. To the extent that this conclusion is today a widespread one, there is blame enough to go around. President Barack Obama’s incompetent and divisive governance deserves some; Congressional Republicans do, too. To talk to any committed supporter of Donald Trump is to hear an echo of his own typically shallow rhetorical tick; “We don’t win anymore.” The “we” there occasionally refers to the United States of America, but it is just as likely to denote elected Republicans.

Many an honest activist conservative is convinced of the notion that the Republicans who win elected office are quickly corrupted by the system and liable to give up on their principles. As such, they do not deliver conservative victories; more often, these hopeless souls contend, they equivocate and capitulate in the face of even modest Democratic opposition. Surely, the GOP in Congress has had its share of missed opportunities, although more than a few of those were the result of self-defeating disunity within the GOP’s congressional coalition. Even those who only follow politics at the margins should by now be well acquainted with the Republican Party’s failures. What have not been thoroughly explored, however, perhaps because so many just don’t want to hear it, are the victories that Republicans have enjoyed in the Obama era.

For starters, no conservative who is even remotely concerned with limiting the Democratic Party’s effectiveness as a vehicle for realizing progressive policy reforms can fail to take some solace in the party’s electoral strength. By January of 2015, Republicans had not only won a congressional majority in both chambers larger than any point in the post-War period, but had also secured more than half of the governorships – defying expectations in even deep blue states like Illinois, Massachusetts, and Maryland. When Barack Obama took the oval office, Democrats controlled 62 of 99 legislative chambers. By 2015, the GOP had taken 68 legislative chambers. Republicans enjoyed a monopoly on state-level governance in 23 states after the last election, compared with just seven states where Democrats could say the same. “Under President Obama, Democrats have lost 900+ state legislature seats, 12 governors, 69 House seats, 13 Senate seats,” GOP strategist Rory Cooper observed. “That’s some legacy.”

The nation’s fed up GOP voters will be quick to tell you that electoral victories don’t matter to them if they do not yield any measurable achievements, which is perfectly fair. What is not fair is how they quantify those achievements. For those farsighted conservatives who measure the pace of American political evolution over the course of generations, the devastation the Obama era has wrought to the Democratic Party should warm the cockles. “The absence of up-and-coming Democrats is evident in Washington, here the party leadership in Congress consists largely of aging veterans,” the New York Times reported. “The average age of the three top Democratic leaders in the House is 75, while the three most senior Republican leaders – with the new speaker of the House, Paul D. Ryan – average 48 years old.” Under Obama, a generation of Democrats who might have risen through the ranks in red and purple states was wiped out. Those are change agents who will never reach maturity and won’t be guiding their states or their country to the left.

If you listen closely, you can already hear the groans of Trump-backing conservatives. Undeterred in their desire to burn the place to the ground, they thumb their matchbooks anxiously. “What good is winning elections if conservatives don’t win any victories?” Indeed, what about those victories?

Let’s begin on the state level. Today, half of the states in the Union are right-to-work, including deep blue erstwhile pockets of union clout like Michigan and Wisconsin. This reallocation of power from core Democratic institutions to individuals was bitterly resisted. “There will be blood,” declared one Michigan union devotee amid protests marked by violence and vandalism. Wisconsin’s Scott Walker survived similar protests and two elections, and he successfully faced down every ounce of muscle organized labor could muster. It is no coincidence that the states that elected Republican governors in the tea party wave of 2010 saw their unemployment rates decline faster than their Democrat-led counterparts.

The left is beside itself over the proliferation of voter identification laws, which they contend represent the greatest threat to voting rights since Jim Crow. They cite the 2014 voter turnout in Texas in support of this contention, which was lower than normal, and claim that voter ID laws are preventing traditionally Democrat-backing minority voters from casting their ballot. But Texas recognizes 28 forms of supporting identification and will provide voters without an ID with a provisional ballot if they cannot produce them. As Heritage Fellow Hans von Spakovsky observed, Texas had received strikingly few requests for free photo identification as of last spring. Moreover, the left’s protests do not account for states like California, which saw the lowest voter turnout in 2014 in the state’s history despite reforms to the election process designed to increase voter enthusiasm. What Democrats are protesting is not ballot access but the ease with which Democrats might be elected. Their true concerns were betrayed when they barked the same disapproval at Michigan for repealing its straight-ticket ballot law, which allowed voters to press a single button and bypass casting a ballot for individual candidates in one party’s column.

From education to energy, from health care to immigration; the divergence and vibrancy of the Republican Party across 50 unique states fosters the laboratory of political experimentation that the Founders envisioned. The nation’s GOP-dominated states are busily creating the intellectual and political infrastructure to support the devolution of centralized power toward them and away from Washington. Oh, but what about Washington, the disaffected conservative asks. Surely those Quislings in the Republican conference have sold out their base. After all, that’s about all you ever hear on the nation’s airwaves: the ongoing GOP betrayal. It is, of course, true that no party can govern from one or even both chambers of Congress, and that our modern polarized era renders veto override votes quite rare. But what divided government can and has done, much to the frustration of Democrats for whom Congress is obliged to “do something” at their capricious whim, is put the brakes on the president’s agenda. Congressional Republicans have done that and more.

Conservatives might have forgotten what life was like for the out-party in 2009 to 2011, when Barack Obama and the Democrat-led 111th Congress faced no potent opposition. Oh, they haven’t disregarded its achievements; a nearly $800 billion stimulus package, Dodd-Frank Wall Street Reform legislation, 99-week unemployment benefits, ObamaCare, et cetera. They have, however, apparently forgotten how powerless Republicans were, and how their renewed authority after the 2010 elections prevented much more sweeping progressive reforms from being enacted.

For all the Republican anxiety over the failed immigration reform bill of 2013, they would have been beside themselves over what Democrats would have passed unilaterally in 2011 if Barack Obama had his way. “I strongly believe that we should take on, once and for all, the issue of illegal immigration,” the president averred in his 2011 State of the Union address. “Let’s stop expelling talented, responsible young people.” Today, Obama’s liberal detractors label him the “deporter-in-chief” even as he is compelled by the courts to fulfill his responsibilities as America’s chief executive and enforce existing law.

Republicans have prevented and paid grave political prices for blocking retributive legislation aimed at curtailing the fictitious scourge of gender payment disparities resulting from gross sexism. Along with centrist Democrats, they foiled unnecessary gun control legislation, which would have only had the effect of soothing Democratic nerves and not in reducing gun violence. They have provided a check on the Democratic Party that would rewrite the First Amendment to the Constitution to prevent institutions with which they disagree from engaging in political speech. After winning control of both chambers, the Republican Party forced Barack Obama to veto the repeal of the Affordable Care Act – demonstrating its frailty and highlighting how Democrats and Republicans alike are deeply dissatisfied with the law as it is presently constructed.

For the press, the headlines have written themselves. “GOP blocks bill to stop terrorists from buying guns”; “GOP blocks minimum wage, sick leave proposals”; “Senate GOP blocks Paycheck Fairness Act for the second time”; “Obama: GOP blocked 500 bills.” For serving as the firewall voters wanted, Republicans get no credit from their core supporters. They are, however, on the receiving end of all the condemnation the left can muster. Theirs is a thankless task.

Congressional Republicans have also failed. They have failed to hold the line on taxes after Barack Obama won reelection in 2012. They failed to prevent the implementation of a disastrous nuclear deal with Iran. They failed to prevent the president from pursuing executive actions on everything from gun rights to the enforcement of immigration laws. The Republican Party has on many occasions not lived up to its own standards for success, and for that it deserves admonishment. But the GOP has largely done what voters entrusted it to do: to serve as a check on a Democratic president’s agenda and to present an example of an alternative style of governance when the president leaves office. In that role, the Republican Party enjoyed many successes. That doesn’t seem to matter much these days, but someone had to say it. 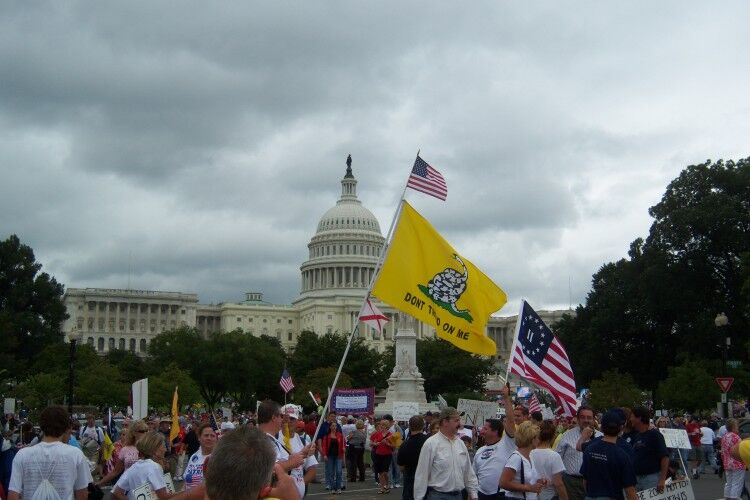