No one should be too proud of the fact that the election of a Democrat to the U.S. Senate from Alabama over a spectacularly flawed, theocratic, credibly accused child abuser with a unique contempt for the law came as a surprise. And yet, it did, and the implications of that shock Democratic victory prompted the formation of a particularly animated circular firing squad. With a once-safe Senate majority now in real peril for 2018, Republicans are looking for someone to blame. Fortunately for them, theirs is a target-rich environment.

Depending on whom you ask, you might hear that Donald Trump’s former chief strategist, Steve Bannon, bungled this one. No, others say, Mitch McConnell was too clever by half in seeing Moore as a helpful way to undermine the real threat: Rep. Mo Brooks. Of course, Donald Trump himself did himself no favors by wading into the primary in the first place, a decision he publicly admitted regretting while sheepishly campaigning for appointed Senator Luther Strange. All these figures are to blame for the GOP’s predicament, of course, but so, too, is a group that is too often treated with condescension: the voters.

It is no great stretch of the imagination to conclude that virtually any other Republican without Roy Moore’s baggage would have defeated Senator-elect Doug Jones in yesterday’s special election to replace Attorney General Jeff Sessions. The problem for Republicans was that Alabama’s Republican primary voters didn’t want any other Republican. It’s not like they were without options.

Republicans in Alabama had a reliably conservative alternative to Moore in Representative Mo Brooks—a tea party Republican with the endorsement of talkers like Sean Hannity, Mark Levin, and Ann Coulter. But Brooks had joined many of his responsible House and Senate colleagues in calling for Donald Trump to exit the race following the release of a recording featuring the president discussing his penchant for adultery and sexual aggression. He came in third place, and his endorsers lacked the courage to protest the voters’ verdict. The state’s GOP voters had another chance to avoid disaster by settling on the incumbent, Luther Strange. That, the GOP’s insurgent wing argued, would ratify the final act of Alabama’s disgraced former governor and reward Bob Corker for somehow bamboozling Trump into endorsing the Mitch McConnell-backed incumbent. These were the arguments that won the day among Alabama’s primary voters.

The fact is that the Alabama GOP voted for Roy Moore because they liked Roy Moore. Voters in the Republican Party’s grassroots have demonstrated plainly and for two years that a Republican candidate’s inability to articulate conservative policy positions (which Roy Moore could not) or appeal to centrist general-election voters (which Roy Moore would not) are not disqualifications. If candidates who swore fealty to the #MAGA agenda were identifiable only by a defined set of political inclinations—antipathy toward unconstrained free trade, strong borders, a robust military, etc.—perhaps Alabamian Republicans would have backed an electable Republican for the U.S. Senate. But #MAGA is not just a set of policies, if only because Donald Trump’s dedication to his own stated policy preferences is tenuous. #MAGA is most easily spotted by lay observers in those who repulse cultural and political elites and revel in their revulsion; it’s an affectation, not a platform. As a result, Trumpism is uniquely vulnerable to being hijacked by neophytes, as long as they’re sufficiently crass.

So we are left with one obvious conclusion. If Republican voters want to see Republican policies enacted rather than to issue a series of bleats at cultural phenomena they resent, they should be livid with Alabama’s GOP. Yet no one that Alabama’s GOP voters would listen to appears courageous enough to tell them they’ve made a terrible mistake. That’s not a politicians’ place; it’s never smart for an office-seeker to scold voters, even if it is deserved. That is, however, the place of conservative pundits.

It’s not just Roy Moore who managed to tear apart the GOP coalition in a formerly deep red state. Donald Trump’s presidency has not been without redeeming qualities, but it is increasingly likely that his unpopularity will result in an anti-GOP wave that clears the landscape of vulnerable Republicans in 2018. Does any conservative pundit look at the achievements secured over the course of a year of total Republican dominance and believe they’re worth that sacrifice of dedicated conservative lawmakers? Is an exodus of women and voters under 35 from the GOP’s ranks justified by the GOP’s temporary accommodation with Trumpism? No conservative who envisions themselves above ground in 20 years would dare say yes.

Some Republicans might like nothing more than to surrender the responsibility associated with their prohibitive political authority. In the minority, the GOP’s base voters can go back to grumbling about liberal dominance in media and academia, the abuses of authority by the bureaucracies overseen by a Republican president’s appointees, and the saboteurs allegedly in their own ranks. That’s apparently their comfort zone. “It’s not your fault” is seductive, but indulging a persecution complex is not leadership.

Steve Bannon didn’t make Donald Trump president. Mitch McConnell is not responsible for Roy Moore’s loss. The GOP’s condition today was the result of the voters’ will. A cultish deference to the notion that the wisdom of the crowd is somehow inherently sagacious has led the party’s prudent and sensible influencers to keep quiet. If the conservative movement is to survive, its leaders had better start acting like they deserve the title. 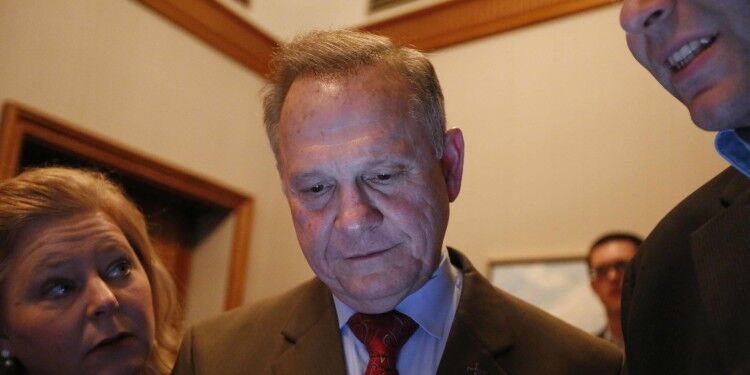