“No wonder millions of Americans think the system is rigged,” closed a Wall Street Journal editorial published on Wednesday. This was no throwaway line. It concluded a damning exploration of the myriad ways in which the FBI’s investigation into Hillary Clinton’s reckless handling of America’s national affairs as Secretary of State have diverted from standard practice. It is an observation that has intrinsic merit, and it raises the question: If America’s institutions are bending the rules in order to shield Clinton from the consequences of her actions, what will be the cost?

Lost in the heat of the closing days of a campaign for the White House have been the revelations that close aides and advisors to Hillary Clinton, Cheryl Mills and Heather Samuelson, received immunity from prosecution in exchange for their cooperation in the investigation into Clinton’s “homebrew” server. In exchange for this courtesy, both Clinton confidantes agreed to surrender their laptops but only on the condition that the FBI would not search them for evidence dated past January 31, 2015, and would destroy them soon afterward.

“Think about that: Before the authorities knew what was on the laptops, they agreed to destroy potential evidence in their investigation,” the Journal observed. “The evidence was also under a congressional subpoena and preservation order.” And what kind of cooperation did the FBI receive in exchange for this concession? Not much, it seems. Mills continued to serve as Clinton’s counsel despite having received immunity, a privilege that betrays the fact the FBI saw her as a material witness to what might have been a crime.

The immunity deals the FBI was doling out like candy effectively prevented them from carrying out a thorough investigation into the bizarre behavior of the State Department officials in Clinton’s orbit. Clinton’s email scandal first became public when the New York Times broke the details of it on March 3, 2015. Shortly after that, Clinton’s server was wiped of information deliberately and with the use of special software designed to ensure that destroyed digital information is rendered forensically irretrievable.

It is because of these immunity deals that “investigators were barred from looking at emails authored around the time Mills and David Kendall, Clinton’s lead attorney, held a pair of conference calls with technology contractor Paul Combetta that immediately preceded his use of BleachBit to erase thousands of Clinton’s emails,” wrote the Washington Examiner’s Sarah Westwood.

Beyond the increasingly apparent criminality, of which the FBI director insisted he could find no prosecutable evidence, Clinton’s regularly released emails are exposing the depth of the corruption she oversaw as secretary of state. The latest batch, released on Wednesday, shows an unnerving level of coordination between Clinton Foundation staffers and State Department officials in violation of what are likely the terms of a 2009 ethics agreement designed to ensure the two entities remained entirely distinct. Those emails contained the details of Bill Clinton’s schedule, quotes the former president gave the media, and even cursory coordination on policy matters between Foundation and State Department personnel.

These are just the latest in an endless series of seemingly untoward developments padding the Clinton Scandals file, but none of which appear to have raised the eyebrows of federal investigators. FBI Director Comey insisted that no reasonable prosecutor would bring charges against Clinton, but The Clinton Defense is being cited as precedent in cases involving the prosecution of precisely the kind of behavior in which the former first lady is alleged to have engaged.

According to Gallup, which has been polling on the subject for over 40 years, Americans’ faith in a variety of institutions is at all-time lows. With the exception of the police and the military, there is no governmental institution in which a majority of the public has any faith. That’s a dangerous place for a self-governed republic to find itself.

The Justice Department’s decision to provide FBI Director Comey with the powers of a prosecutor (instead of simply an investigator) is conspicuous. The evidence the FBI decided to dismiss is bizarre. And the sneering of Clinton defenders at anyone who dares to notice these things is confounding. It seems as though everyone—including the Republican Party’s primary voters—has done all in their power to insulate Hillary Clinton from the consequences of her mistakes. But at what cost will all this protection come? Is it all worth it? 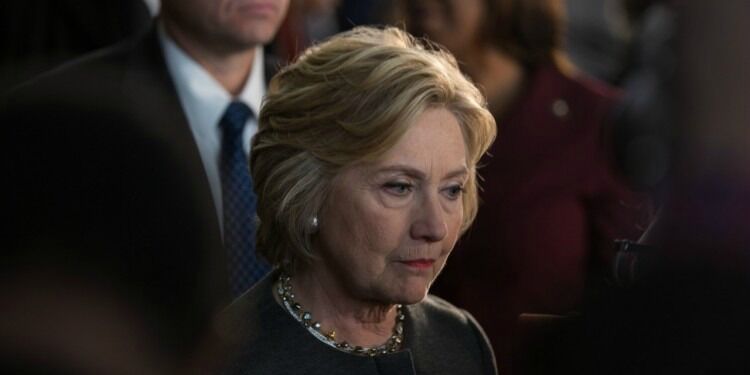