It is a testament to the unexpected closeness of the race for U.S. Senate in New Jersey that the leading daily newspaper in the Garden State, the Star-Ledger, felt compelled to festoon its rote endorsement of Senator Bob Menendez with unconvincing apologetics.

In an editorial uninspiringly entitled “choke it down, and vote for Menendez,” which the paper illustrated with images of the senator evincing pain and embarrassment as he threw himself upon the mercy of the editorial board, the Star-Ledger nevertheless tried to convey how important it was to vote for the crook.

“Being a patriotic American,” the editorial insisted, “is not just about fighting enemies abroad or helping flood victims at home.” It is about “making democracy work,” even when that duty apparently requires voters to ratify a culture of corruption that saps the public of its confidence in democracy’s capacity for righteousness.

The Star-Ledger confessed that Menendez “violated Senate rules” by accepting lavish gifts from donors, including private flights to luxury vacation destinations abroad. He also failed to disclose those gifts and went on to use his elected office to promote the interests of the givers. The editorial board failed to note, though, that one of those benefactors, Dr. Salomon Melgen, was convicted of 67 crimes including $73 million worth of attempted Medicare fraud.

Separately, prosecutors alleged throughout his 10-week trial that Menendez facilitated that fraud, helped to secure visas for Melgen’s mistresses, and lobbied the State Department to resolve a business dispute on terms favorable to the doctor. The jury hung on the question of whether these gifts constituted bribes, and prosecutors declined to retry the case.

It was “a miracle” that Menendez escaped conviction, the Star-Ledger confessed, though his fellow Senators on the ethics committee unanimously admonished him. This throat-clearing was only a necessary digression to address the real threat to morality and ethics in government: Menendez’s GOP challenger, Bob Hugin.

Hugin is “no better,” you see? No, he hasn’t been “severely admonished,” in the words of Senate ethics committee members, for violating not just the rules of the upper chamber of Congress but “federal law and applicable standards of conduct.” But his campaign did broadcast an arguably misleading ad.

The Star-Ledger determined that Team Hugin was responsible for “the most vicious lie of the election season” in the Garden State for bringing voters’ attention to an FBI special agent’s affidavit detailing what one confidential informant alleged was Menendez’s penchant for patronizing underage prostitutes while traveling with Dr. Melgen. The FBI could not corroborate those allegations and prosecutors declined to charge Menendez with applicable crimes, so it is perfectly fair for the Star-Ledger to object to Team Hugin’s decision to air this unfounded accusation. And yet, the paper betrays its mission when it issued a similarly unfounded smear against Hugin in the very next paragraph.

Hugin, a pharmaceutical manufacturer, is accused of fighting to keep the prices of his propriety products aimed at cancer treatment at market value by objecting to the creation of generics, all while making an executive chairman’s salary. “It gets worse,” the paper declared. Hugin’s company, Celgene, was also sued for allegedly evading the FDA’s labyrinthian regulations to get unapproved cancer drugs to market faster, reimbursing physicians who subscribed them and submitting false claims to Medicare. The Star-Ledger suggested that the firm’s guilt was strongly implied by its decision to settle the for $250 million.

There are many reasons why a firm or individual might choose to settle a claim rather than litigate it, many of which have next to nothing to do with culpability. As the U.S. Attorney for the Central District of California’s press release confirms, “the claims settled by this agreement are allegations only, and the defendant did not admit liability in settling the action.” If the paper was really concerned with the gross impropriety associated with airing allegations unproven in a courtroom, it would not have challenged Hugin to defend himself against what amounts only to allegations.

The paper concludes by throwing up its hands and contending that no mere mortal could accurately judge the better man here. Thus, the only true question before voters is which of these candidates will oppose Donald Trump the most, and that can only be the candidate with a “D” next to his name.

The Star-Ledger insists that there is “no political logic” to backing Hugin despite his moderation on social policies, which makes him a stronger fit for New Jersey. After all, he would invariably caucus with the GOP in the U.S. Senate and “strengthen Trump’s hand.” But those possessed of a genuine desire to see the GOP purged of Trumpian excess would likely embrace Republicans like Hugin who actively campaign against the president’s worse impulses. Those Republicans provide the GOP’s voters with a sensible alternative to the pugnacity and ignorance that masquerades as political acumen in the age of Trump.

This reliably liberal editorial board’s decision to back Menendez may seem to observers like a foregone conclusion awaiting a supporting rationale, but that’s not entirely fair. Back in 2009, the Star-Ledger editorial board made a valuable and persuasive case when it endorsed an independent candidate over both major party nominees for governor. “[T]he value of a vote is not limited to picking a winner,” the editorial board wrote. “The real value lies in the signal it sends about what the voter believes is best for the city, country, or state—not merely at the moment, but long-term.”

These are inspiring words. New Jersey’s voters would do well to heed them now, when it actually matters. As Senator Ted Cruz said when Republicans were confronting the prospect of a distasteful but binary choice in 2016, “vote your conscience.” 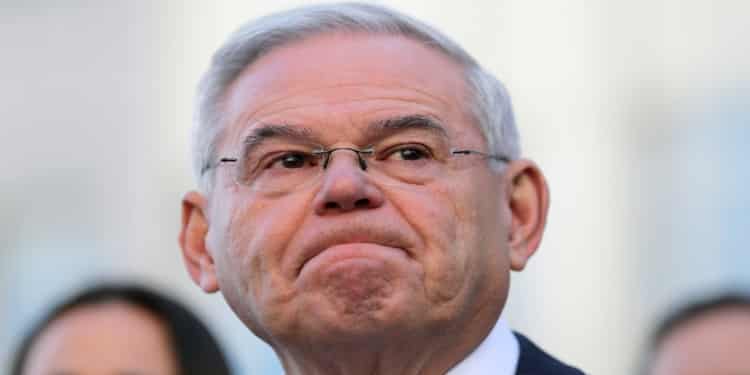