It wasn’t all that long ago that a broad consensus in favor of criminal justice reform characterized the political landscape. Quite unlike the 2014 grand jury verdict in Ferguson, Missouri and the ensuing unrest, both the right and the left united in discomfort if not outrage over the decision by a New York City grand jury not to indict the officer responsible for the death of Eric Garner. The arrest of the 43-year-old African-American for selling illicit loose cigarettes was captured on camera. It showed one of the arresting officers using physical force to subdue the heavy-set Garner, force that resulted in the alleged contraband purveyor’s death. In the months that followed, the Black Lives Matter movement was formed in response to a purported plague of urban police violence against black residents. Substantial unrest in America’s cities has compelled its predominantly progressive governing class to limit law enforcement’s rules of engagement. This is a luxury the nation’s liberal mayors enjoy due to the marked reduction in violent crime that has been achieved over the last twenty years, much of it a result of 1990s-era policies of “mass incarceration” that today so irritates the left. Still, even as American cities burned and progressives allowed the police to become targets (sometimes literally) of an enraged urban population, the integrity of the pro-justice reform coalition was preserved.

It is a testament to the virtue of the cause of criminal justice reform that the bipartisan coalition that favored restructuring sentencing guidelines endured even amid partisan division and unrest in the nation’s cities. Recently, however, that consensus has begun to break down, and some credible conservative lawmakers are beginning to wonder if the benefits of criminal justice reform will outweigh its political costs.

Among those credible conservatives is Arkansas Senator Tom Cotton, according to a report in Politico. He is taking a stand against a bill championed by Utah’s libertarian Senator Mike Lee that has the support of the Senate’s Republican leadership. “It would be very dangerous and unwise to proceed with the Senate Judiciary bill, which would lead to the release of thousands of violent felons,” Cotton told Politico. The bill’s supporters say that’s not accurate, and that the bill only seeks to ease the mandates on judges to impose blanket sentences on non-violent criminals. It will be judges that determine sentencing for individual offenders, and not the federal government. What’s more, the bill would increase the penalties on convicted felons who become recidivists as a result of a non-violent drug offense.

All this, however, seems a granular debate that obscures more than it clarifies. At the heart of this fight over criminal justice reform is a political argument about the future of the Republican Party. The GOP has been the party of law and order since Richard Nixon ran for and won the White House on that platform. Despite a campaign of shaming from progressives and in the press, the so-called “Ferguson effect,” in which law enforcement personnel retreat from dangerous high-risk neighborhoods and invite criminality to fill the ensuing vacuum, is real and measurable. Given that the peace dividend secured amid the era of “mass incarceration” is being squandered, do Republicans truly benefit from criminal justice reform?

Senator Cotton’s concerns about the Senate Judiciary Committee’s bill are surely valid, and the ultimate compromise legislation may end up being far stronger than the initial draft that is currently being fought over in the Beltway press. It would, however, be a mistake to sacrifice the cause of justice reform in order to win some imagined political fight that will not materialize for several years – if ever. “More than 700 of every 100,000 Americans is behind bars. That compares with a rate of about 75 per 100,000 in Norway, Germany and the Netherlands. Those nations also have a much lower rate of recidivism, about half of that of the U.S.,” read a Deseret News editorial published in April 2015. This is a reality with which conservatives should never become comfortable.

“The cities where we’ve recently seen civil unrest/rioting have also been shown to have widespread police abuse,” wrote the Washington Post’s Radley Balko. “This is not a coincidence.” He’s not wrong. The Department of Justice found that, while the Ferguson Police Department may not be liable for excessive force in the death of teenager Michael Brown, the city had used the police to serve as de-facto tax collectors, leaning on them to extract revenues from the predominantly African-American public in the form of increased ticketing and parking fines. This phenomenon is not limited to Ferguson, as our own Michael Rubin noted earlier this month. “I’ve gotten to know many policemen during the course of my lecturing to Army National Guard units,” he wrote.  “When issuing citations, they are doing their job but many privately admit they have quotas to meet when they are on highway patrol in order to raise funds for their towns or state.” The city of Baltimore, some of which was put the torch by rioters last year, has also invited a backlash. “The city has paid $5.7 million in court judgments and settlements in 102 cases since 2011, and nearly all of the people who received payouts were cleared of criminal charges, according to the investigation published this week,” the Baltimore Sun reported in October, 2014.

Even prominent Republicans who are unfriendly to the cause of narcotics legalization have embraced alternatives to incarceration. New Jersey Governor and GOP presidential candidate Chris Christie was among the first Republican state leaders to embrace criminal justice reform. “What we’re dealing with most people here is an addiction, an illness that needs to be treated as such,” Christie said in 2012 while signing a state-level reform bill. The Department of Justice has gone a step further by releasing some 6,000 non-violent first-time offenders from prison last autumn, almost all of which are on supervised release or are confined to homes or halfway houses, while another one-third were of foreign origin and were scheduled for deportation.

All of this costs taxpayers money, destroys redeemable lives, and does nothing to make the public safer or to win the war on drugs.

There are some logical arguments against criminal justice reform, but they do not seem to balance against the contentions made in its favor. Moreover, the claim that the politics of the matter will not favor the reformers at some ill-determined date in the near future is hopelessly cynical. It seems that the reformers have won the argument, now all they have to do is win the day. 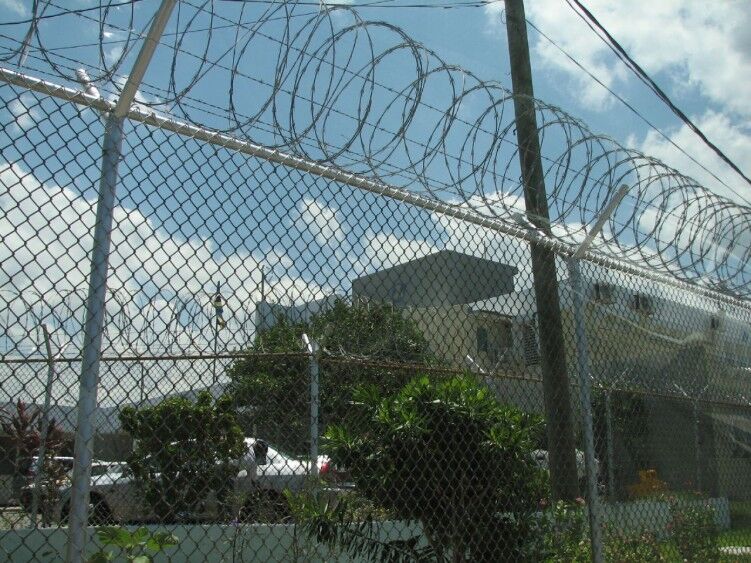