We are living through a rapid sea change in American political opinion. In recent weeks, a consensus has developed around both the notion that police are more likely to appeal to force when dealing with minorities than when dealing with whites and that there is need for dramatic reforms to policing tactics and strategies. Rather than bask in their paradigmatic victory, though, the liberal activist class has opted instead to expand the terms of the debate. What’s more, that is not a debate in which you, the uninitiated and skeptical observer, are allowed to participate. A familiar dynamic has emerged amid the national conversation over what “defund the police” actually means: If you’re critical of the concept, its advocates contend, you just don’t get it.

According to many who are sympathetic toward this slogan, to apply a strictly literal interpretation to the idea that we as a society should “defund the police” misses the point. “Defund” doesn’t mean “defund” per se. As Rep. Alexandria Ocasio-Cortez asserted, it really means the prioritization of other expenditures such as schools and social-welfare programs over law enforcement. News outlets like CNN, PBS, the Atlantic, and Fortune magazine provided “needed context” to the debate by insisting that the slogan wasn’t nearly as maximalist you might think. In an interview on The View, Sen. Kamala Harris went so far as to solicit host Megan McCain’s definition of what “defund the police” meant before deconstructing the self-evident interpretation of the text for the purpose of rendering this unpopular proposal more innocuous.

Of course, with mixed company excluded, the infinite nuances of this phrase disappear. Among primarily progressive audiences, the vast penumbra of meaning that Democrats pretend to see in this rallying cry disappears. The Minneapolis City Council recently voted in favor of a statement that affirmed its belief that the city’s police department “cannot be reformed” and that they must work toward a “police-free future.” The president of the Minneapolis City Council agreed that its ultimate objective is a “police-free society,” adding that concerns about personal safety amid that pursuit arise only “from a place of privilege.” As Rep. Ilhan Omar told a cheering crowd, the public policy objective must not be merely to “disinvest” in the Minneapolis police department. We must “dismantle” it.

In a dismissive statement aimed at a much wider audience, presumptive Democratic presidential nominee Joe Biden’s declined to join with progressives scrambling for more defensible terrain. “No, I don’t support defunding the police,” he said, joining with the roughly two-thirds of Americans who oppose a reduction in law enforcement budgets.

We’ve seen this performance before. This is only the latest example of far-left activists crafting entirely earnest positioning statements that they profess to have never quite believed in the minute those statements are subjected to the scrutiny of a skeptical audience.

Take, for example, yesterday’s rallying cry: “Abolish ICE.” When liberal activists demanded the dissolution of the department within Homeland Security that oversees the enforcement of domestic immigration laws, they didn’t really mean that, you see. As Vox.com explained in a section of a relevant dispatch sub-headlined “What ‘abolish ICE’ actually means,” one activist confessed this slogan was only ever designed “to shift the Overton window on deportation policy.” Just as conservatives argue for the abolition of the Consumer Financial Protection Bureau or the withdrawal of all public funding for Planned Parenthood, the leftwing activist class is only seeking to change the terms of the debate. Except, conservatives are not being clever when they make those arguments—when they say “defund,” they mean it.

Likewise, the earliest stages of the Democratic primary race in 2019 were typified by an internal debate over the virtue of pursuing slavery reparations in public policy. Many thoughtful and sincere advocates for such a policy insist it does not mean the disbursement of a check from the government—indeed, such a policy might actually be more harmful than holistic. The fact-checking outlet PolitiFact bizarrely dedicated itself to the pursuit of concrete definitions amid this subjective debate. But of course, the case for reparations outlined by journalists such as journalist Ta-Nehisi Coates in 2014 does call for public disbursements, and some municipalities—such as Evanston, Illinois—have passed legislation establishing a public fund for the express purposes of compensating the victims of racial injustice. Duke University’s William Darity has argued that a multi-trillion-dollar redistribution program is a moral imperative: “The major financial objective of a reparations program is to close the racial wealth gap,” he noted. “The damages to the collective well-being of black people have been enormous. Correspondingly, so is the appropriate bill.”

Maybe the most telling example of how the progressive wing of the Democratic Party changes the terms of the debate when that debate becomes politically disadvantageous is the Green New Deal. That cornucopia of progressive objectives, only some of which had anything to do with environmental remediation, was endorsed in whole or in part by almost every Democratic presidential candidate and a surprising number of Democratic federal officials. It only suddenly became “aspirational” when the public started looking askance at the notion that the country should pursue the shuttering of all fossil-fuel-generating power plants, the elimination of the conventional transportation industry, and the upgrading of “every residential and industrial building” in America within a decade. Suddenly, this legislation and its supporting documents weren’t about governance at all. They were all about, according to Ocasio-Cortez, “shifting our economic, political, and social paradigms on every issue because we don’t have time to wait.”

The subject changes, but the themes stay the same: These ideas are for internal consumption only. When they are exposed to a critical universe of all Americans, they transform from policy proposals into mere thought experiments. It’s a tired and transparent tactic, but the number of institutions willing to play this game ensures that it’s not going away anytime soon. 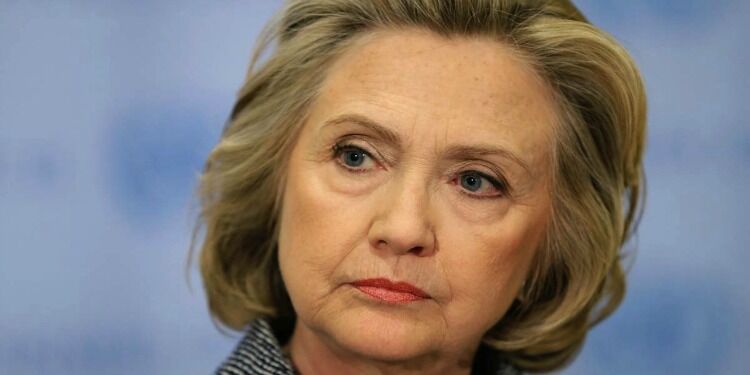