The best evidence yet that Team Trump never truly believed this publicity stunt in the form of a presidential campaign would ever get as far as it has is how stunned they appear by the prospect of New York’s primary vote actually mattering.

In an appeal to sanity in the form of an open letter, former Trump-campaign-strategist-turned-conscientious-objector Stephanie Cegielski confessed last month that the reality television host initially had no intention of winning the Republican Party’s nomination. The best-case scenario, in their minds, would be to net the second most delegates and serve as a kingmaker in Cleveland. The Trump camp denies this, of course, but the behavior of the celebrity candidate’s closest confidants betrays the truth of this.

Ivanka and Eric Trump, two scions of the liberal Manhattanite billionaire, will not be able to vote for their father in the Empire State’s GOP primary. They failed to change their party registration from Democratic to Republican by October 9 of last year, in compliance with the state’s laws. The Washington Post editorial board is positively beside themselves over New York’s restrictive registration rules, which preclude voters from participating in a primary unless they register to vote at least 25 days before the polls open. “What purpose does that serve beyond suppressing democracy?” the board asks. Well, in terms of party affiliation, one purpose is ensuring that the results of a closed primary reflect only the will of legitimate party members.

Neither of these two Trump kin thought it necessary to become Republicans, presumably, because they’re not Republicans. What’s more, they’re not the only prominent Democrats within Trump’s orbit who have declined to see their boss’s gambit through to today. If you’ve watched more than an hour of cable news over the course of the last eight months, you’ve seen the face of Michael Cohen – a high-profile Trump attorney and perhaps his most prominent surrogate. Cohen, too, won’t be voting Trump on April 19. “I’m a registered Democrat,” Cohen told CNN on Thursday. “Alan Garten, Executive Vice President and General Counsel of the Trump Organization, is a registered Democrat according to voter registration records in New York,” reported The Daily Beast’s Gideon Resnick. Daniel Scavino Jr., the campaign’s social media director and Trump Organization general manager, is a registered independent. He, too, won’t be voting for his employer.

None of this is shocking or even untoward. Donald Trump and his associates have never been Republicans before; why start now?

Oh, but this campaign, which has demanded from day one that you subordinate your common sense to fatuous, hastily-woven narratives, will not let you come to that conclusion. They demand that you believe that these Democrats and independents are flocking to Trump’s organization not because they’re on the payroll but because he has “crossover appeal.” Never mind the fact that Trump is about as popular among Democrats as lead-based paint, or that polls consistently show Hillary Clinton drawing more GOP votes than Trump does Democrats in a hypothetical November matchup. This campaign engages in what all grifts of this sort do – they cover for their many insults to the intelligence of their supporters by manipulating their emotions.

Another myth of the Trump campaign that has been debunked for all but those most committed to the suspension of disbelief is the idea that Trump “only hires the best people.” From failing to secure the delegates it supposedly won at the polls to hiring political misfits and castaways whose performance has reflected especially poorly on their past employers, the Trump campaign is a case study in how not to manage a presidential bid. There have been some feints toward internal reorganization within the Trump tent, but those are exposed as mere damage control efforts by the campaign’s latest attempt to exculpate itself for failure. The celebrity presidential candidate is presently engaged in a full-court press to convince the public that it is losing the delegate war not because the campaign is incompetent but because “The System” is rigged.

In a remarkably petulant op-ed published in the Wall Street Journal on Thursday night, whoever ghost wrote a piece allegedly bylined by Donald Trump insisted that he and the country (but these are virtually synonymous in the candidate’s imagination) are being swindled out of their due. In the piece, Trump decried the “abuse” of the rules that his campaign didn’t bother to understand until recently. “Delegates are supposed to reflect the decisions of voters, but the system is being rigged by party operatives with ‘double-agent’ delegates who reject the decision of voters,” the candidate claimed. He specifically focused on Colorado, which held nearly 3,000 precinct-level caucuses to determine delegates to its nominating convention on March 1, and called Cruz’s success in that process a “voterless” victory. Top it all off with Trump’s utterly baseless yet oft-repeated claim that he is “self-funding,” and you have an op-ed replete with falsehoods and misinformation with only one purpose: incitement.

Team Trump continued to pound the drum for his self-pitying, blame-shifting followers on Friday morning. “Unfortunately, we need to work within the system and I hate the system,” insisted sidelined Trump “campaign manager” Corey Lewandowski on CNN. “What we saw in Colorado was, the GOP establishment precluded a million people from voting on election day. That’s not what the system is supposed to be.” This nonsense was met with no pushback from Lewandowski’s interlocutor, CNN anchor Chris Cuomo. And why would it? This is the familiar countercultural cry of the armchair radical, with whom the left is so infatuated.

Railing against a nebulous body composed of ill-defined elites is the stuff of conspiracy theorists, which is surely the Trump campaign’s stock-in-trade. Because it’s not an especially new tactic, its effects are relatively predictable. The radicals who once railed against “The System” and sought to break it tuned in only briefly before dropping out. Their efforts fail not because they lack conviction, organization, or tactical competence, but because they are tilting at windmills. Lewandowski is playing the role of Abbie Hoffman in a suit. And when their objective fails to materialize and Nixon’s “silent majority” prevails, the millions of disaffected voters they have energized will become demoralized. The Trump camp is only sowing the seeds of crippling self-doubt in an already sadly cynical and neglected segment of the electorate.

None of this is harmless. Trump is seeking to delegitimize the American political process by embracing the kind of pure democracy anathema to the Founders, declaring Ted Cruz “mathematically eliminated by the voters,” and indulging the prospect of inviting violence in the streets if he does not get his way. It’s cynical and manipulative, and anything but statesmanlike. This has been, however, the habit of the Trump campaign. The celebrity billionaire contends it is “empowering” voters, but every utterance of the campaign and its closest advisors reveals that they don’t think much of their intelligence. 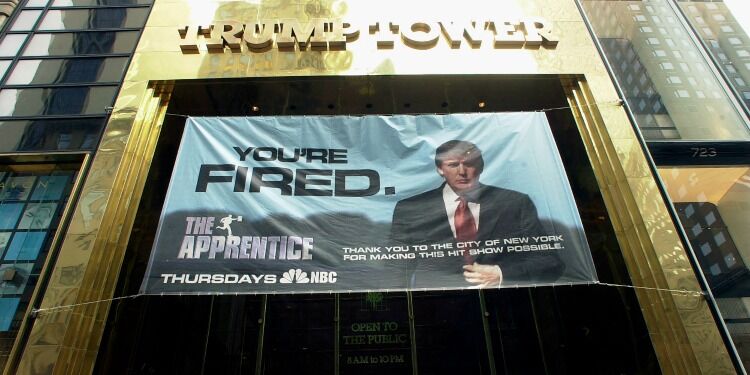