The dynamic of the night was the one that characterized every exchange between Marco Rubio and Ted Cruz. The distinctions they drew with one another were sharp. Despite their similarities, which are more marked than their differences, both demonstrated that they represent wildly divergent wings of the GOP. Their back-and-forth was cutting but generally collegial; not caustic. For the most part, both candidates engaged in the debate that the Republican Party needs and the GOP would be better off for it. That said, Trump probably won.

That’s the smart bet as to how the conservative media outlets who arbitrate these things will probably call it. Trump did what he had to do. He was generally mild-mannered, save for the moments when he was yelling at Jeb Bush. Conservatives seem to appreciate that. Asked repeatedly by conservative radio host Hugh Hewitt for his thoughts on the United States’ atrophying nuclear triad – America’s thermonuclear delivery procedures and vehicles, which allow the globe’s only superpower to maintain its nuclear superiority — Trump demonstrated beyond a doubt that he has no idea what that is. If your ideal president is the thick-headed everyman portrayed by Eugene Levy in the film adaptation of Kurt Vonnegut’s “Harrison Bergeron,” Trump is your guy.

This is what makes Ted Cruz’s strategy all the more vexing. The Texas senator is presenting himself to GOP primary voters as the thinking man’s Trump. But on the matter of national security, Cruz’s policy positions are incoherent. He is wary of foreign entanglements, but would dramatically increase the tempo of the war on ISIS. He attacks interventionist “neocons,” but derides Obama’s disengagement from conflagrating foreign conflicts. He promised to “carpet bomb” the Islamic State’s militants, but when called out on the fact that such a crude and dated military strategy would be ineffective while also killing tens of thousands of innocent civilians, he clarified that he didn’t mean “carpet bomb” at all. Rather, he would use precision munitions to target disparate ISIS positions in the same way that Barack Obama is now.

As our John Podhoretz noted, Cruz also appropriated the loaded slogan “America first” to describe his approach to foreign affairs. This same phrase was deployed by isolationist Nazi sympathizers prior to America’s entry into World War II. “The intelligent and learned Cruz knows that, and did not use the term innocently,” Podhoretz observed.

For his part, Rubio has positioned himself as the hawk in the race and he is doing the public a service insofar as he didn’t weave any fairy tales about how the ISIS enemy will be the first and only insurgency to be destroyed through air power alone.  While Rubio noted that he does support the additional use of U.S. ground forces in the region, he contended he would rely on a dubious coalition of Sunni regional powers to do most of the fighting. That, too, is a questionable strategy, but at least it deserves to be called a strategy.

If, however, Cruz hopes to present himself as a more measured alternative to Trump, it’s unclear why any voter would abandon the celebrity candidate for the evangelist Texan. For voters who back Trump because he supports water boarding, and not for its ability to loosen up the recalcitrant detainee but merely for its cathartic and retributive value, Trump, not Cruz, satisfies your darkest impulses. Trump contended last night that he would exact shared punishment on the families of ISIS fighters and aligned terrorists – a form of collective justice known only to the world’s most totalitarian states. If that kind of brutality is your bag, Cruz just doesn’t get your juices flowing like the reality television star does.

If there was one truly dramatic distinction drawn last night between Rubio and Cruz, to the extent there was any, it was on the issue of immigration. Opinion-makers on the right have determined that Cruz, along with Rand Paul, kept Rubio on his heels for most of the night over his support for the Gang of Eight comprehensive immigration reform bill of 2013. They contend that Rubio likely lost the debate as a result of his defensive crouch. That’s possible in the near-term, but the long-term effects of last night’s exchanges may not aid Cruz’s ambitions.

The Texas senator spent the evening signaling to those who already count themselves as his supporters, not illuminating his positions on policy. He invoked talk show host Mark Levin, anti-immigration legislators Jeff Sessions and Steve King, and Saul Alinsky, a long-dead leftist agitator who haunts the minds of moment conservatives like no one else. What’s more, Cruz repeatedly accused Rubio of lying about his stance on immigration reform. That will tickle the erogenous zones of the nation’s right-leaning thought leaders, but it is not true. Rubio correctly noted that Cruz did, in fact, support legal status for illegal immigrants during the debate over immigration reform in the wake of Barack Obama’s reelection. Cruz was flustered, and he should be. The negative ads write themselves.

The Cruz camp will claim that he was merely playing a game in 2013. His amendment was an attempt to poison the bill and to kill it, but this is a too-clever-by-half tactic that does not appeal to the voters he is after. Again, if you’re a furious border hawk, what does Cruz bring to the table that Trump does not? Cruz did, in fact, support legalization. He does not back a massive “border force” that would deport 11 million people without any concern for their well-being or the due process to which they are entitled. Trump is selling a comforting fiction for the nation’s most aggressive immigration hawks. Cruz is selling something a bit more nuanced.

Both Rubio and Cruz were appealing to very different audiences last night, and both hit their marks. Because Cruz is on the upswing in Iowa as well as nationally, and he was trying to resonate with the talk radio audience, Cruz likely enjoys the advantage. For now. It’s not clear, however, that Trump has been knocked off his perch, or that Cruz will be the beneficiary of Trump’s decline if he ever is. Rubio, too, did not consolidate the fractured moderate GOP vote, and his prospects for winning the nomination grow dimmer every day he fails to do that. The Cruz-Rubio debate is the one that the party so desperately needs, but it might not be the debate that it will get moving forward. 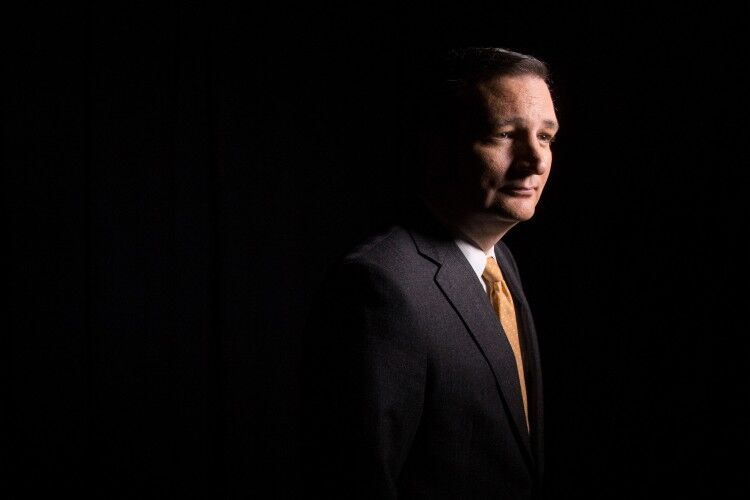