As if the temperature of America’s political discourse wasn’t hot enough, it may be about to reach critical mass.

CQ Roll Call reporter John Donnelly revealed on Thursday that the Pentagon is urging the Trump administration to consider a review of its nuclear arsenal and force posture so as to make the United States more capable of prosecuting a “limited” nuclear war.

The Defense Science Board, in an unpublished December report obtained by CQ, urges the president to consider altering existing and planned U.S. armaments to achieve a greater number of lower-yield weapons that could provide a “tailored nuclear option for limited use.”

The notion that a limited nuclear exchange with another atomic power can be controlled is more than a little theoretical, but preparing for a modest nuclear volley is not radical. As CQ noted, more than a third of America’s existing nuclear arsenal is considered “low-yield” and, therefore, tactical. Furthermore, America’s nuclear weapons experts have been advocating strenuously for nuclear forces and posture review for some time. The clock is ticking.

Barack Obama entered office nurturing the delusion that the world might be cleansed of nuclear weaponry. Somehow, the world’s great powers could be convinced to dismantle their arsenals, and the genie of explosive fission could be stuffed back in its bottle. Obama’s years in office were, in fact, characterized by signs of renewed proliferation and nuclear brinkmanship. For most of his administration, the president’s response to the realization that the world had not given up on nuclear weapons was to bury his head and allow both America’s atomic arsenal and its delivery systems to atrophy. As former Defense Nuclear Agency Director and Navy Admiral Robert Monroe warned in a 2014 Wall Street Journal op-ed, America’s nuclear arsenal is rapidly approaching a point at which life extension programs cannot ensure functionality. The U.S. nuclear deterrent upon which the free world relies is breaking down.

Reluctantly, Obama abandoned his utopian rhetoric and committed America’s nuclear forces to a necessary process of review and modernization. Among the more adaptable nuclear ordnance designs in development are cruise-missile-capable smart atomic bombs that can penetrate hardened, underground bunkers and produce a yield that can be dialed up or down to minimize collateral damage. Weapons like these, designed to deter rogue states like North Korea from being persuaded by the view that the regime could survive a limited nuclear exchange with the United States, nevertheless terrified some policy makers. As former Joint Chiefs vice chairman James Cartwright confessed, making nuclear weapons smaller, more deliverable, and lower yield renders their use “more thinkable.” The idea that you can put the brakes on a nuclear exchange once it begins is entirely academic.

It is wise to expect those who were terrified of the prospect of a nuclear exchange in Barack Obama’s tenure to be rendered quivering puddles of pure anxiety by the thought of Donald Trump’s nuclear forces review. The usual suspects gave us a preview of their reaction to this eventuality in December when Donald Trump tweeted an uncharacteristically banal observation that contained the word “nuclear,” thus triggering a disproportionate response from his critics.

“The United States must greatly strengthen and expand its nuclear capability until such time as the world comes to its senses regarding nukes,” the president-elect wrote. The responses from otherwise grounded reporters and academics were apoplectic. “Is it possible to look death in the face via a tweet?” asked Washington Post columnist and author of a book on the anti-nuclear protest movement Dan Zak. Those who were not reduced to clawing at their backyards in a frantic effort to shelter themselves from the impending radioactive fallout were convinced that Trump had promised to violate the terms of the nuclear non-proliferation treaty. This was nothing short of divination born of panic.

Gird yourself now for the likelihood that circumspection and prudence will not characterize the response to a nuclear modernization program by the left. Nuclear weapons are scary. That doesn’t make them unnecessary. America’s dated nuclear warheads are in desperate need of attention, to say nothing of its “triad” delivery systems, crumbling life extension facilities like Pantex and Y12, and the neglected personnel who make all of this function. America’s nuclear deterrent is the foundation upon which the Pax Americana is built. Just don’t expect anyone to let all this get in the way of a perfectly good freak out. 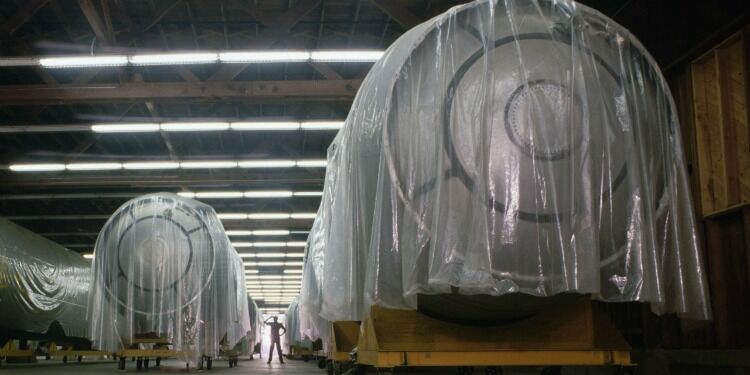