New York Times columnist Ross Douthat posits an interesting theory. As the Democratic Party prosecutes an internecine conflict over the way in which America’s dark blue urban enclaves police minority neighborhoods, one side of this debate is clearly winning. It is the side that argues for radical societal transformation, an embrace of paradigmatic intersectionality, and retributive rather than reparative racial justice. On the losing side of this debate are the status quo ante progressives who argue that Democrats should focus primarily, if not exclusively, on the prosecution of inter-class conflicts and pursue policies that would promote economic leveling. As Douthat observes, that was ostensibly what Bernie Sanders advocated unsuccessfully over the course of his failed presidential bid. This moment of cultural reckoning has dealt Sanders a second humiliation.

Amid the passions of this present moment, Democrats have traded in the tedious pursuit of marginal reforms to the tax code and accelerating the growth of America’s unfunded liabilities for the fervent zeal of cultural combat. Its most active partisans are dedicated less to redistribution than retribution. Those who resist are, at best, unenlightened; deviationists, at worst. And there is no room for compromise with such a distasteful lot.

Douthat’s column is compelling, but it includes a cliffhanger. “[T]he longer arc of the current revolutionary moment may actually end up vindicating the socialist critique of post-1970s liberalism,” he wrote, “that it’s obsessed with cultural power at the expense of economic transformation, and that it puts the language of radicalism in the service of elitism.” This deserves to be teased out.

If Democrats are indeed abandoning the pursuit of incrementalism and legislative remedies to American socio-political dilemmas and opting for all-consuming culture war, the trajectory of the party’s political evolution is not unknowable. We’ve seen how movements that dedicate themselves to the expurgation of intangible facts of life—particularly things as elusive as sub rosa (even subconscious) racial biases—end up running aground. The Republican Party in the age of Trump provides some clues as to how this all ends.

At the dawn of Trump’s ascendancy to lead the GOP and, eventually, the executive branch, conservatives had adopted a fatalistic narrative about the direction in which the country was headed. But the problems that beset the nation were immune to political remedies. In 2016, the right bemoaned an increased antipathy toward law enforcement, the perception that immigrant groups were failing to assimilate, hedonistic themes in popular media products, totalitarianism on college campuses, and whatever “cultural Marxism” is. The conduct of conventional politics had failed to rectify or even address these concerns. Thus arose a permission structure that led the right to sacrifice the idea that good governance was competent governance. What the status quo needed was a good smashing.

This was a terribly self-defeating conceit. In the process of adopting the idea that cultural matters should preoccupy lawmakers, conservatives invented a set of metrics that would constitute success in government no lawmaker could hope to meet. This paradigm rendered governance itself—an unsatisfying project in which success is measured by the incremental advances that result from often painful compromise—suspect. What’s more, it blinded conservatives to the inroads they had made in transforming the culture through the powers of persuasion, example, and deductive reasoning—none of which are the fruits of legislation.

Democrats and progressives have been inclined toward this form of fatalism for some time. As the party adheres more closely with the vision espoused by practitioners of identity politics, it has come to fixate on grand social inequities. Income disparities across sociodemographic divides, sexual and racial discrimination in the private sphere, and the privileges and disadvantages acquired at birth–these are the conditions that preoccupy the left. But most of these are beyond the capacity of our constitutionally constrained government to address.

Indeed, you can be forgiven for thinking the left regards the legislative efforts to mitigate these social maladies, even legislation as expansive as the Great Society, as failures. If there has been little perceptible progress toward racial reconciliation in the last 50 years, as some claim, it is because government cannot reach into the human soul and make men perfect. Even those who advance unpopular and improbable legislative efforts to address the legacy of slavery and Jim Crow—measures like monetary reparations to the descendants of slaves—would be disappointed if they were to ever achieve their goals. They would awake the morning after to a nation that retained all the same prevailing systemic inequities they despise and with the same intractable evils in men’s hearts.

Republicans learned that the culture war cannot be won in Washington, and progressives seem determined to repeat their mistakes. If the left is dedicating itself not to a realizable political program but to an abstract crusade to remake American culture, it will fail. 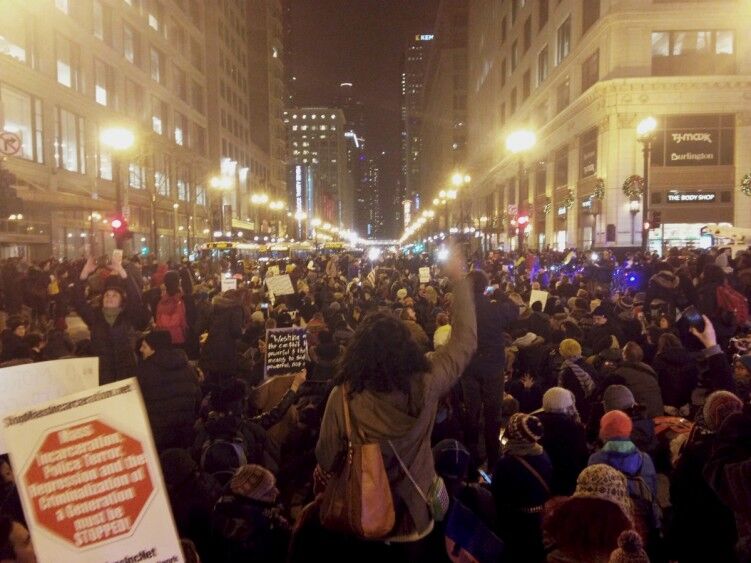