In the United States, nearly eight years of stagnation, hardship, a pervasive sense of decline, and seemingly insurmountable challenges abroad have taken their toll. Add to this the depressed anxiety concomitant with the renewed threat of intermittent mass casualty attacks directed from or inspired by radical Islamist terrorists overseas, and you have the ingredients for populist rebellion. Fueling insurgent presidential candidacies on both the left and the right with a potent appeal to a significant segment of American society is the perception that the traditional remedies for social, economic, and foreign ills have failed. Only something very new, even potentially radical, can ease their conditions now.

This response from a substantial segment of the electorate confounds American policy experts. On a macro level, American job growth has remained steady while the unemployment rate has decreased at a commensurate rate. The illegal immigrant population and the competition they create for low-skilled employment has declined from its 2006 peak (a phenomenon that can be explained by reduced employment opportunities resulting from the 2007-2008 recession). Terrorism fears are rising, and that is to be expected as radical Islamism has been allowed to flourish in safe harbors in the Middle East and North Africa. But terroristic violence isn’t touching American shores in the same way that it is in Europe. There, Islamist terrorism is disrupting millions of lives, and it is compounded by a genuine refugee crisis characterized by waves of North African and Middle Eastern civilians flooding the continent. America usually resettles no more than 70,000 asylum-seekers annually (give or take), but policy makers in Washington want to hike that cap to 85,000 in 2016 to take some of the pressure off Europe. As of last November, the United States has resettled a total of 2,290 Syrian refugees since the civil war began in 2011.

If these conditions are moving the United States toward a restless era of populism, imagine the social forces that are boiling just beneath the surface in Europe.

In just over a year, France has been transformed from the center of European sophistication and culture into the front lines in a new war against radicalism. One year ago, Islamist terrorists slaughtered police and the editors of a satirical magazine. That attack was immediately followed by an assault on a kosher supermarket, where another radicalized Islamist gunman murdered four Jewish hostages. In June of 2015, an improvised bomb exploded outside a factory in Lyon, where investigators later found an ISIS flag and the terrorist organization’s gruesome calling card, a severed head. Two months later, an Islamist terrorist with an assault rifle opened fire on passengers traveling by train from Amsterdam to Paris. A coordinated series of attacks in November took the lives of 132 civilians and sparked a wave of anxiety across Europe as fears of a follow-up attack paralyzed the continent. Today, a man wearing a fake suicide belt and armed with a knife ran screaming ‘Allahu Akbar’ into a Parisian police station where he was shot to death.

France isn’t alone in this fight. The streets of Brussels have descended into a war zone on multiple occasions over the course of the last two years; Belgium has sacrificed its residents’ freedom, canceled public events, and forced civilians indoors for extended periods in order to combat the terror threat. In November, two civilians were killed and five others injured when a radicalized Islamic gunman opened fire on an event celebrating free, provocative speech in Denmark. Three British citizens were stabbed in December in an attack linked to the Islamic State, an assault that echoed the murder and attempted beheading of the British Fusilier Lee Rigby on the streets of London.

Europe is thoroughly terrorized. What’s worse, Europeans are being told by their elected leaders that they are to empathize with and welcome their attackers.

As Jonathan Tobin has observed, the crisis in Europe touched off by a flood of refugees has evolved a disturbing feature that could only be characterized as a clash of competing civilizational views. A New Year’s Day event in the German city of Cologne was marred by something new – mass, coordinated gang violence and sexual assault. The elite response to this gang violence has been to assume it was precipitated by the shock associated with former Middle Eastern residents coping with an immersion into an alien and comparatively permissive culture and to lecture Europeans about their provocative behaviors. Cologne’s mayor advised young women who find themselves surrounded by aggravated men to maintain “arm’s length” distance from their would-be attackers.

The suspected attackers, meanwhile, who have yet to be publicly identified, have displayed a galling sense of entitlement – one that has only been encouraged by European authorities. Police reports published in two German newspapers indicate that recent Syrian refugees were involved in this assault and that they are utterly unrepentant. “You can’t do anything to me, I can get a new one tomorrow,” one allegedly said while ripping up his residence permit right in front of inquiring police. “I am Syrian. You have to treat me kindly,” remarked another. “Mrs. Merkel invited me.” These are the individuals who are flooding a continent that already suffers from un-and-under-employment rates far higher than they are in the United States. Europe now faces the prospect of millions of men and women populating camps, outnumbering the native populations of towns and cities in which they are resettled, and who are openly resentful of the cultures into which they are expected to assimilate.

Where will this elite contempt for European culture, its values, and its residents and citizens lead the continent? Ultimately, an insular and paranoid place that is not familiar to most living Americans. A terrorized people who find their hospitality unappreciated and whose leaders are openly contemptuous of them won’t long endure those insults. If America is gripped by a rising tide of protectionist, even nativist, populism, the kind of backlash against egalitarian internationalism that is in store for Europe is one that should frighten anyone with even a mild appreciation of 20th Century history.

None of this is occurring in a vacuum. These are the wages of non-interventionism. The West hoped to avoid engaging in the conflicts that arose from the Arab Spring, and they were woefully underprepared to handle those in which they did involve themselves. The conflict in Syria was allowed to metastasize until even now, and it has become the source of millions of refugees, Islamist terrorism, and the worst humanitarian crisis this century. Western forces intervened in North Africa with the explicit intention of avoiding regime change, and, as a result, they were ill-prepared to guide Libya toward a stable transitional government when the regime fell. Out of chaos and nightmarish adversity, hundreds of thousands of both well-meaning and dangerous individuals descended on a naïve West.

It is perhaps already too late to prevent the transformation Europe will soon undergo. American conservatives who may be tempted to believe that the continent will abandon its comfortable embrace of permissiveness and social-welfare will find the New Europe is by no means warmly democratic or friendly toward Washington. An ethnically conscious Europe is as likely to look eastward as it is across the Atlantic. The resulting tribalism and communalism on the continent will likely result in the devolution of the European Union and the ascension of lamentably familiar nationalist leaders. By seeking to avoid the costs associated with foreign wars in the Middle East, Europe has incurred a greater expense than anyone could have imagined. 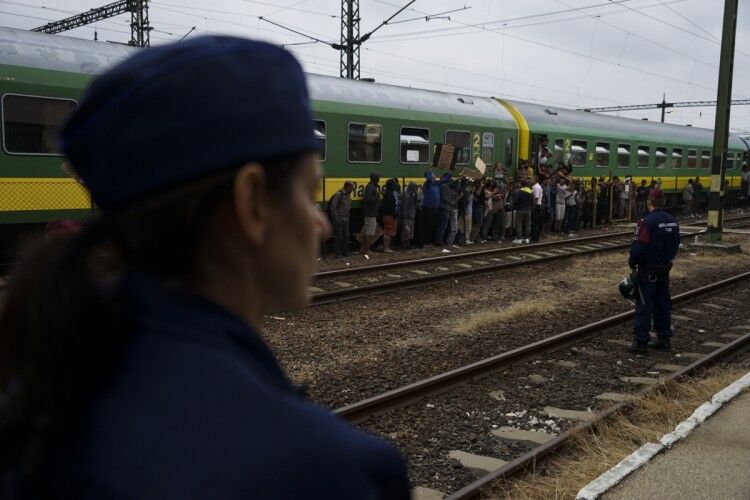