Perhaps the most striking element of a vexing election year has been how many partisans on both sides of the aisle appear to have edited 2012 out of their memories. Republicans who have fallen in line behind Trump seem to have forgotten the maxim expressed by Jeb Bush, among others, who warned against running a red-meat campaign in the primaries that would doom you in the general election. Even as the Trump campaign furiously shakes the Etch-A-Sketch, Democrats are also indulging in a bit of convenient amnesia about the 2012 race and, in particular, Mitt Romney.

As one of the foremost Republicans steadfastly refusing to support Donald Trump’s presidential campaign, Romney has earned a Strange New Respect from his erstwhile political foes on the left.

“He was in it for the right reasons,” Obama 2012 campaign spokesperson Stephanie Cutter mused wistfully. “He truly believed in wanting to make this country better.”

“I don’t think anybody would have truly expected this country to go to hell in a handbasket,” confessed Obama’s 2012 press secretary Ben LaBolt, ruminating on the prospect of a Romney victory.

“I think I was right, and Mitt Romney and John McCain were wrong on certain policy issues, but I never thought that they couldn’t do the job,” President Barack Obama said in early August.

“I know they’re going to abide by certain norms and rules and common sense,” Obama added, as he recalled ruminating on the prospect of his loss, “will observe basic decency, will have enough knowledge about economic policy and foreign policy and our constitutional traditions and rule of law that our government will work.”

This warm recollection for the goodness and decency of Governor Romney is rather off-putting when recalling how the Obama campaign apparatus sought to portray him as a bigoted plutocrat who was complicit in at least one negligent homicide.

The Super PAC Priorities USA Action, which has transformed from a pro-Obama group to a pro-Clinton group in this cycle, literally accused Mitt Romney of complicity in a preventable death. Why? Because he ran the restructuring firm Bain Capital that liquidated a failing steel mill, resulting in the cancellation of a health insurance policy for a terminally ill employee. The ad was so noxious that Team Obama denied any knowledge of its production, but it was Cutter who hosted a conference call with reporters in which Joe Soptic, the widower and alleged victim of Romney’s callous indifference, told the same tale he related to Priorities’ cameras.

The work Bain did was a target of multiple smears, not limited to the outrageous notion that a private equity group that reallocated the assets of failing firms was, in some fashion, a “job killer.” The Obama campaign alleged that Romney’s filings with the FEC, which showed that he remained a principal at the firm through 2002 despite his contention that he left the country in 1999, may constitute a felony offense. When asked to respond to the Romney campaign’s demand for an apology over the unsubstantiated smear, LaBolt insisted none would be forthcoming. He added that Romney should release his tax returns, which the Democratic Senate Majority leader insisted (without evidence) would show that Romney paid an equivalent rate of zero percent on his income.

All of this is to say nothing of the near-daily cascade of casual and reckless accusations that Romney was a bigot and a racist from Obama’s allies in media.

Fast forward a few years, and all these morally repugnant rumor campaigns seem quite tawdry when viewed through the prism of Trump. Here is a candidate who will not release his tax returns, who carelessly deploys bigoted “dog whistles” (a manufactured scourge invented to impugn Romney undeservedly) in order to appeal to racially-anxious white voters, and who epitomizes the caricature of a heedless tycoon.

And all those stereotypes Democrats fabricated to assail Mitt Romney helped inoculate Trump against similar charges that were and are true in his case. In this sense, the Obamans themselves helped clear the way for Trump. 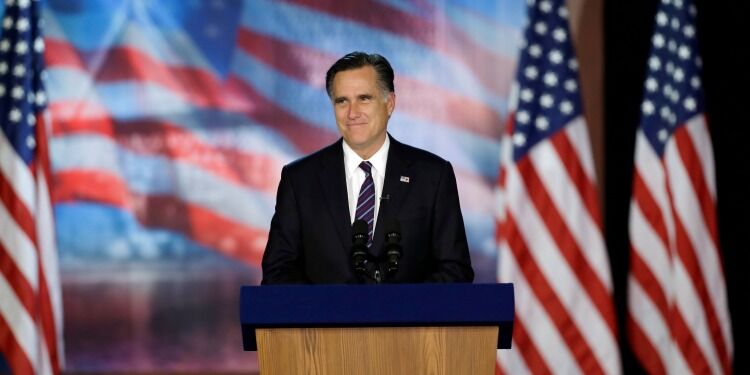