To listen to the debate in the United States following the massacre of civilians in Paris in a coordinated, multi-pronged terrorist assault is to be privy to a variety of theories about what behaviors ISIS would most like to see in its Western targets. No one could be happier about that outcome than President Barack Obama.

The president’s first opportunity to remark of the bloody siege of Paris by radical Islamist militants with direct links to the Islamic State in Iraq and Syria occurred on Monday while he was attending an annual G-20 Summit in Turkey. There, the president performed a bloodless and sedate assessment of the damage done. He made no effort to hide his contempt for an American press corps that had the temerity to question his anti-ISIS strategy’s efficacy. “So this is another variation on the same question,” Obama scoffed at NBC News journalist Ron Allen. Obama was, in fact, being subjected to the same question over and over: How had he underestimated his opponent this badly? The question needed to be repeatedly asked because the president’s answers were so unsatisfactory. Obama declined to take the hint and, instead of giving reporters the meaty and sanguine response they craved, he coldly asserted his intention to stay the failed course. “Let me try it one last time,” Obama said in a theatrical display of exasperation with the Fourth Estate.

The only true passion the president displayed in that press conference occurred when a foreign reporter rose without being called on and asked the president to rehash a tired and rote devotional in which he would denounce these attacks as not representative of the Islamic faith. Then something bizarre occurred; the president pivoted to the matter of the refugees streaming out of the hell that he has allowed to consume so much of the region. Obama noted that a nascent debate in the United States about the security threat some of these refugees might pose was brewing, and he took the preemptive opportunity to criticize this debate as xenophobic and un-American.

“It is good to remember that the United States does not have a religious test, and we are a nation of many peoples of different faiths, which means that we show compassion to everybody,” the president said. “Those are the universal values we stand for. And that’s what my administration intends to stand for.” With his mission accomplished, Obama walked off the stage. What mission? To polarize and inflame the domestic debate over counterterrorism, render it a partisan issue, and mobilize the press in his defense (as my former HotAir colleague, Karl, astutely noted). A media that was just minutes before bombarding the president with questions about his failure to advance American national security interests and neutralize a foreign threat before it took allied lives ended there. In an instant, the press’s focus pivoted to covering a markedly more aggravated GOP debate over the refugee issue.

In engaging in that intensifying, fear-driven debate, the GOP has done itself few favors. What began as the suggestion that perhaps the United States should put a hold on the resettlement of Syrian refugees, save a few uniquely threatened minorities like Syrian Christians, exploded into a nationwide vote of no confidence in the Obama administration. There is no other way to characterize the pronouncement by 26 U.S. governors, who do not have the power to prevent refugee resettlement or transit into the territories they govern, from declaring that no refugees would enter their states. How else would you describe this outpouring of concern echoed by both House and Senate leaders as well as the incoming Democratic Senate Minority Leader, all of whom are recommending that America decline to take in refugees until security concerns can be addressed?

This is not about the refugees; it is a judgment on the Obama administration’s competence. Since 2012, a total of 1,854 Syrian refugees have been resettled across the United States after a nearly two-year-long vetting process; Syrians represent just 2 percent of the 70,000 refugees admitted to the United States just last year. For this, the nation is rending garments in anxiety? No, the refugee issue is proxy through which Democrats and Republican alike can criticize this administration’s inept preservation of American national security. But while this is a stinging rebuke of this president, it also redirects the nation’s attention away from the ISIS threat.

Republicans are aiding Obama in his quest to refocus the national debate away from his failing war in the Middle East and toward alleged GOP heartlessness. Among Republican presidential aspirants, a race appears to be on to strike the most ruthless position on both the refugees and Muslims in general. Donald Trump suggested that America has “no choice” but to unconstitutionally dissolve mosques in order to prevent radicalization and bloodshed. “The fact is that we need appropriate vetting, and I don’t think orphans under five are being, you know, should be admitted into the United States at this point,” New Jersey Governor Chris Christie said. Obama could not have wished for better foils.

Though he remains overseas, the president cannot resist the temptation to remind the international press which American political party more closely represents their values. “Apparently, they are scared of widows and orphans coming into the United States of America,” Obama scoffed. “At first they were too scared of the press being too tough on them in the debates. Now they are scared of 3-year-old orphans. That doesn’t seem so tough to me.” This is the debate Obama wants to have. Anything other than the losing war he has been prosecuting for nearly 18 months, the fruits of which are continuing to blow themselves up in Parisian streets nearly a week after the ISIS strike on Paris ended.

Writing in The American Interest, Walter Russell Meade made a brilliant case for why the president has engaged in a “cynical ploy” to focus global media’s attention on “a simple morality play featuring Wise Liberals and Racist Jacksonians.” Of course, no political debate is ever so binary. The issue of refugee resettlement is, however, more favorable ground for the president. The Middle Eastern refugees fleeing their homes have not yet sparked a crisis in the United States, but they most certainly have in Europe. The European compact is slowly eroding as the EU’s formerly borderless states again erect complex barriers on their peripheries to keep this ceaseless human tide from cascading into their territories. The only way to end the refugee crisis is to end the bloodletting in Syria. The minute the onus falls on this president to address the cause of the crisis rather than its myriad features is the minute this president loses the argument.

Every day that Republicans spend trying to position themselves as the most singularly focused on addressing the symptoms of war rather than its source is a day Barack Obama wins. Republicans are inexplicably focused on providing Obama with material that allows him to posture and signal to his supporters that, even if his governance is incompetent, the alternative is intolerable. Meanwhile, the world drifts ever farther away from the galvanizing attacks on Paris without having mustered the resolve or decided on a strategy to prevent the next strike. Obama wants nothing more than to be let off the hook for his complicity in the bloodshed in Paris, and Republicans are playing right into his hands. 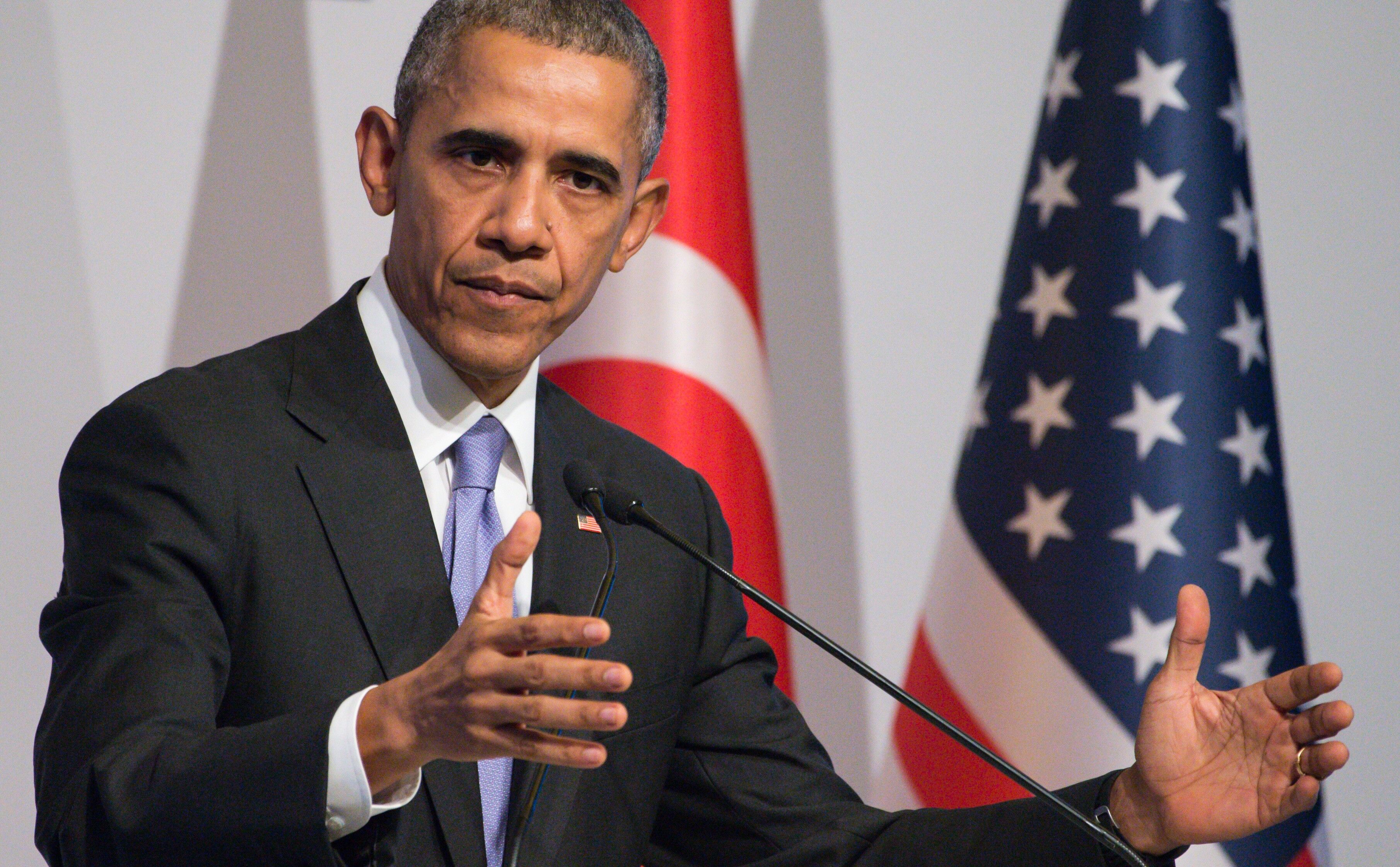