Former White House Press Secretary Sean Spicer reappeared last night, of all places, on stage at the annual Emmy Awards. All smiles at this gathering of television celebrities, the former chief spokesperson for Donald Trump performed a variety of self-deprecating antics and mocked his own preposterous appearances before the lectern in the White House briefing room. In essence, he turned in a good-natured homage to his caricature as portrayed by Melissa McCarthy on Saturday Night Live. Those who don’t share Spicer’s politics were not amused.

The Washington Post rounded up a herd of shaken liberal influencers who were horrified to see the Emmy Awards “normalize” a former White House press secretary. McCarthy herself may not have appreciated the reverence. In an interview with The Los Angeles Times, she shared her anxiety over Spicer’s efforts to reclaim this satire with absurd self-seriousness. “No,” she described her thoughts hearing Spicer mockingly threaten to push his podium toward adversarial reporters in the White House briefing room. “That’s not your joke to make.”

This outrage is, of course, selective. No one evinced much agitation when former Press Secretary Josh Earnest became a political analyst despite advancing the myth that Barack Obama’s was “the most transparent” White House in history. None of Jay Carney’s three Hilary Rosens objected when he joined Amazon.com Inc. Robert Gibbs famously admitted that Obama asked him to mislead the press about the nature of the drone program. Woe unto McDonalds Inc. for normalizing that behavior, right?

Fortunately for the apoplectic celebrities who suffered through the briefest of humanizing interludes featuring Spicer, they had a comforting rationalization to which they could appeal. As the Post noted, some traumatized celebrities were relieved to learn Spicer’s self-effacing appearance on the program might also have been a subtly subversive assault on President Trump’s credibility. Unfortunately for the viewing audience, the rest of the program was much less subtle.

The actress Lily Tomlin called Trump “a sexist, egotistical, lying, hypocritical bigot.” The program’s host, Stephen Colbert, jabbed at Trump’s legitimacy by noting that, unlike the United States, the Emmy Awards honor the popular vote (they don’t). “At long last, Mr. President, here is your Emmy,” said Alec Baldwin while accepting an award for his portrayal of the president on Saturday Night Live—a line the New York Times described as “one of the night’s best zingers.” The most coveted award of the evening went to the streaming service Hulu for their adaptation of “The Handmaid’s Tale,” which has become “a symbol of anti-Trump resistance.” Indeed, with only 5 percent of respondents to a Katz Media Group survey having ever watched the show, more Americans are likely familiar with the Handmaid-inspired performance art than the show itself.

If this sounds to you less like an award show and more like a repellent therapy session for frazzled liberals, you’re in voluminous company. Though adjustments may change the preliminary verdict, this year’s Emmys are set to underperform even last year’s all-time low ratings. Maybe the politics on display were irrelevant; maybe the rise of streaming services has made traditional broadcast television a dying product. Maybe. But the Emmys misfortunes are of a familiar sort. This tune out is starting to feel like a trend.

In August, at just 5.4 million viewers, MTV’s Music Video Awards turned in their lowest ratings of all time. Occurring just days after a white-supremacist terrorist attack on peaceful demonstrators in Charlottesville, Virginia, that event was explicitly political. But it was hard to avoid the impression it would have been political even absent events in Charlottesville.

Awardees delivered homilies praising NFL quarterback Colin Kaepernick for refusing to stand for the American national anthem and the network played a song titled “f*** Donald Trump” into breaks. For the first time, MTV presented an award for “Best Fight Against the System.” Host Katy Perry, a prominent member of Hillary Clinton’s squad of celebrity surrogates, displayed blinding originality when she joked about appearing in “Handmaid’s Tale” regalia and added that the VMAs was “one election where the popular vote actually matters.”

For months, liberal media outlets have contorted themselves into pretzels to support the claim that the sports network ESPN is not liberal, and conservatives who perceive it to be are addlebrained conspiracy theorists. Nevertheless, ESPN’s former personalities and even its regular viewers—according to a study commissioned by the network—don’t agree.  Meanwhile, the network is laying off employees in droves, advertisers are panicking, and its ratings are cratering—the second quarter of 2017 was its least-watched Q2 in four years. Last week, ESPN John Skipper was compelled to admit that the network’s politicization is not a figment of conservative imaginations. “ESPN is not a political organization,” he wrote in a letter to his employees. “ESPN is about sports.” He continued, “we are a journalistic organization and that we should not do anything that undermines that position.”

Even Hollywood is feeling the crunch. The summer of 2017 was the worst performing summer for domestic box office releases in years. “Without a film debuting widely over the Labor Day weekend, Box-office Media predicts the film industry will end the summer of 2017 with sales down by up to 15 percent,” Bloomberg reported. Contrary to some recent revisionism, the films that were released this summer were well-regarded and scored well among reviewers. It’s possible this collapse is unrelated to an epidemic of performing artists lecturing America on its lack of a “moral foundation,” the “cancer” afflicting its politics, and the deteriorating race relations. But what if it’s not?

Movies, cable and broadcast television, music; this tune out isn’t entirely about cord cutting. This is something broader. Any attempt to divorce politics from the public’s waning interest in entertainment media cannot compel without addressing the ubiquity of liberal political messaging permeating the products artists produce. Of course, no one can or should compel an artist to sacrifice their values for commercial viability. Nor, however, can you force consumers to endure a scolding they’d rather avoid. 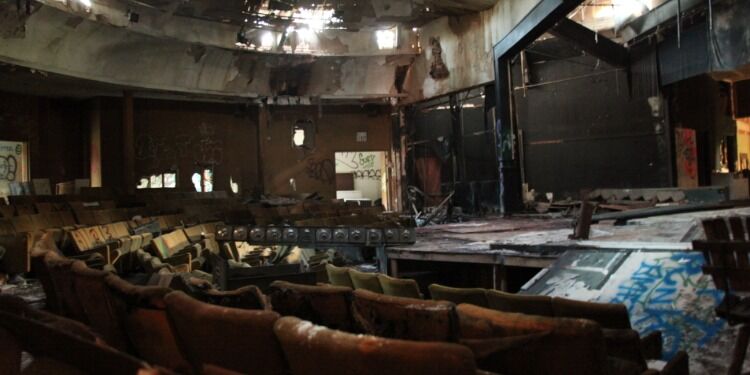