Among the many conditions that made America’s national experiment in the prohibition of alcohol intolerable was the fact that it was unenforceable. The burden imposed on some Americans was never universally shared, aggravating a national sense of resentment that contributed to the Eighteenth Amendment’s repeal.

We are engaged in yet another social experiment, and we suffer its hypocritical temptations. The disparities in the way state-level edicts are being enforced are manifold. They are racial and demographic. They are socioeconomic and political. And they are, most importantly, intolerable.

As was the case between 1919 and 1933, the evidence of inconsistent law enforcement is primarily anecdotal. But that does not render this evidence less compelling. The power of individual stories transcends antiseptic statistics. Indeed, more than any rational assessment of the trends and patterns in the daily deluge of pandemic-related data, those stories have the power to break the consensus around the lockdown.

The New York Times introduced one particularly powerful example of this apparent hypocrisy that puts two non-negotiable values in conflict: the preservation of public health and the pursuit of racial equality before the law. Over the course of a warm weekend in the Northeast, social-media outlets were flooded with images of New Yorkers gathering in public parks in well-heeled sections of the city, at varying degrees of distance from one another, unmolested by police. That contrasted with images taken at the same time from parts of the city farther down the socioeconomic ladder or in neighborhoods with more black residents. There, social-distancing guidelines were enforced with far more vigor.

The disparities raise “questions among many people about a possible double standard in the enforcement of social-distancing rules,” the Times reported. “When the rules were enforced most harshly, the police appeared to be cracking down on nonwhite New Yorkers.” And this phenomenon may be just that: appearance. We don’t have the statistical evidence to suggest these anecdotes constitute a trend. But the anecdotes are disturbing, and they are not limited to New York City.

In Cincinnati, Ohio, 26-year-old Rashaan Davis has been arrested and charged with a felony count of inciting violence after he was arrested on the misdemeanor charge (subsequently dismissed by a judge) of violating the Ohio Health Department’s “stay-at-home” order. But his legal exposure appears motivated not just by Davis’s actions—participating in a block party amid the lockdown—but streaming the event live online. The display, which was reckless and irresponsible, constituted “incitement” because it could be construed as encouraging others to violate lockdown orders. In his defense, Davis’s attorney noted that gatherings of anti-lockdown protesters, most of whom were white, are not subject to that kind of zero-tolerance enforcement. He’s got a point.

The appearance of prejudice in the enforcement of lockdown edicts does not begin and end with race. Creed, too, is in the dock. Two pro-life organizations have filed a lawsuit against the city of Charlotte, North Carolina, following the April 4 arrest of six individuals who were arrested for violating “stay-at-home” regulations to protest an abortion clinic. Just as Davis’s attorney contended, they claim the only difference between their alleged violation of social-distancing guidelines and those committed by more expressly political gatherings are their politics and their numbers. If the standard we’ve set for the application of a quasi-legal convention is the number of people violating it, we’re creating, at the very least, a dangerously perverse incentive.

Proclamation enforcement is a source of much confusion for local law enforcement—so much so, in fact, that the city of Flagstaff, Arizona, has delegated the job to its aptly named “Selective Enforcement Squad.” This taskforce is responsible for policing the mandatory closure of service businesses, but most of their time is dedicated to adjudicating misapprehensions by citizens reporting on their neighbors. For example, via the Arizona Daily Sun: “someone passing by, a person waiting in a restaurant for a to-go order can look like a person eating inside the business.” As the Wall Street Journal reported, an army of self-deputized informants has transformed online forums into venues dedicated to unleashing the police on those they perceive to be lax in the observance of gubernatorial edicts. The confusion shared by both police and civilians can lead to some tense encounters, some of which have already ended violently.

From Jersey City, New Jersey to West Odessa, Texas, displays of seemingly excessive or intimidating police force in the effort to keep businesses closed are at work eroding the consensus around these lockdowns—a consensus opinion-leaders and lawmakers take for granted. We’re past the point at which the enforcement of these lockdowns involved dispatching urban police forces to break up gatherings of ten people outside a Trader Joe’s. Amid increasing social unrest, the debate over the balance between life and liberty is tipping back toward liberty.

This week, the story of Shelley Luther went viral. She was arrested in Texas for opening her salon and, in a courtroom appearance, pointedly refused to apologize for the offense or even admit to wrongdoing. She was sentenced to serve seven days in jail, and her case received nationwide attention. “I find it outrageous and out of touch that during this national pandemic, a judge, in a county that actually released hardened criminals for fear of contracting COVID-19, would jail a mother for operating her hair salon in an attempt to put food on her family’s table,” said Texas Attorney General Ken Paxton. His dissent was joined by Gov. Greg Abbott. 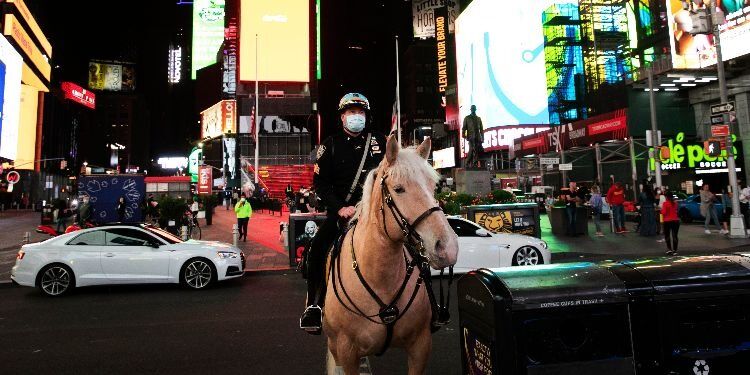