Historians will struggle to point to the precise moment during the Trump presidency when Democrats went mad, but the intra-party squabble over the value of the filibuster is an excellent place to start.

The Democratic Party’s former Senate majority leader, Harry Reid, has emerged from retirement to recommend that his fellow party members finish the work he began and do away with the filibuster entirely if that is what it takes to pass climate-change legislation. “It is not a question of if,” Reid said. “It is a question of when we get rid of the filibuster. It’s gone. It’s gone.”

It’s easy enough to write these remarks off as an effort on Reid’s part to burnish his record. A handful of Senate Democrats have begun to rethink the wisdom of Reid’s decision to partially neutralize the filibuster for judicial nominees—a cracked door that Mitch McConnell kicked open, through which a flood of Trump’s judicial nominees cascaded. But Reid isn’t out on a limb. The Democratic Party’s 2020 field includes a number of sitting senators, a few of whom agree that the filibuster needs to go.

Consistent with her penchant for maximalism on matters large and small, Sen. Elizabeth Warren confirmed that “we should get rid of the filibuster” if Republicans refuse to vote “yes” on Democratic legislation. Sens. Kamala Harris and Kirsten Gillibrand are respectively “conflicted” and thinking “long and hard about” appealing to the nuclear option. Even the party’s rank-and-file in the Senate don’t seem to appreciate their privileges. “We’re headed to a majoritarian institution. And maybe we’re better off,” said Sen. Chris Murphy. “The House has more debate than we do.”

This attack on the Senate’s minority rights from members who benefit most from those protections is nothing short of masochistic. The GOP maintains a better-than-even chance of retaining control of the upper chamber next November, and there’s no guarantee that the Senate Republicans will graciously preserve the minority’s privileges in the next Congress. Donald Trump wants to get rid of it, and his logic is compelling. Democrats have used the filibuster in the Trump years to great effect. In early 2019, the filibuster prolonged a government shutdown for which Republicans took most of the blame. Though he’s said he supports the minority party’s rights “from an institutional point of view,” McConnell has made it clear that his support for the filibuster knows limits.

More of a strategist than his colleagues apparently, Senate Minority Leader Chuck Schumer has not only refused to join his fellow Democrats’ calls to kill the filibuster once and for all—he’s floated the idea of restoring the 60-vote threshold for confirming presidential nominees. This isn’t an act of altruism on Schumer’s part. Restoring the filibuster takes the pressure off his party’s more moderate members from Trump-leaning states, none of whom want to be the deciding vote against a presidential nominee and risk alienating their conservative voting bases. If Democrats retake the majority in the upper chamber in 2020, they will have an easier time finding 41 members to scuttle an unpalatable nominee than 51. The filibuster doesn’t just stop; it also advances.

Days after Trump became the president-elect, then-Senate Pro Tempore Orrin Hatch was asked if the legislative filibuster would survive the 114th Congress. “Are you kidding?” he replied. “It’s the only way to protect the minority, and we’ve been in the minority a lot more than we’ve been in the majority. It’s just a great, great protection for the minority.” This was not graciousness from the senator but a statement of naked self-interest. No majority lasts forever, and the Senate’s undemocratic character isn’t just a check on the tyranny of the majority but a convention that makes life in the minority tolerable.

The party that sacrifices ideological homogeneity in exchange for geographic breadth tends to be rewarded with control of the upper chamber, and the filibuster is an important tool not just for thwarting legislation and (formerly) nominees but passing and confirming them. The legislative filibuster may be living on borrowed time, but it’s unnerving to hear the members who benefit from its protections rail against them. 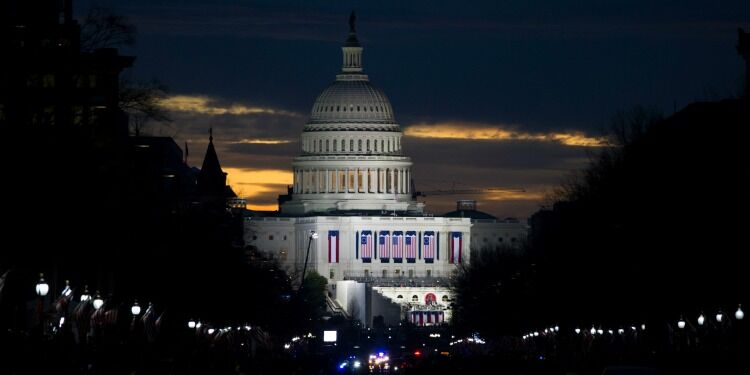