For millions of Americans, Barack Obama’s ascension to the presidency absolved the United States of myriad sins. His rise to the presidency was a redemption tale for an America that had lost its way in the immediate post-9/11 years.

Obama’s promise was to be a transformative figure, his supporters averred. He would reverse a suspiciously colonialist Bush-era foreign policy, deliver the country into a post-racial period, and restore America’s faith in the power of collectivism and the righteous efficacy of government. As the winter of the Obama presidency approaches, it seems beyond dispute that this presidency has robbed Americans of what remaining faith they had in the value of collective action. The power of massive governmental programs to effect positive change is, at best, dubious. The tragedy of it all is that cynicism has replaced shock when the latest scandalous revelations hit the newsstands. That’s dangerous. The expectation of corruption is a condition that saps a nation’s faith in the virtue of self-governance. It is this kind of contempt for public institutions that leads republics to ruin.

Barack Obama’s administration is scandal-plagued. In its twilight years, this White House has subordinated accountability and the preservation of faith in public sector competence to exculpation from the political press.

The in-party spent the better part of the three years that followed the deadly assault on diplomatic and CIA compounds in Benghazi by framing the investigation into it as a manifestation of Republicans’ pathological hatred for the president. That is an impression which remains cemented in the minds of many average voters who have not closely followed a congressional investigation into that affair – an investigation that exposed the scandalous details regarding how Hillary Clinton and her cadre of privileged aides comported themselves at the State Department. Those Americans who do not see the investigation as a partisan witch-hunt are apt to view it as an indictment of the political culture in Washington that afforded Clinton the leeway to flout the law and jeopardize American national security in order to preserve her sense of “convenience.”

The Obama-era has made it difficult to recall that it was once the left that prided itself for serving as sentinels standing guard against abuses by powerful government agencies. “Artful” Nixonian abuses of the IRS in order to intimidate and tarnish the reputations of political opponents were once a Republican phenomenon. Today, yet another simmering scandal involving the misuse of the IRS has ensnared Democrats. As such, it is dismissed as a non-issue by the left and partisans in the press.

Americans recently learned that, like Clinton, Lerner conducted official business via a private email account where she went by the name “Toby Miles.” The emails sent via that account are among the hundreds that have been shielded from congressional investigators, but those that have been recovered reflect a searing disdain for conservatives against whom Lerner has been accused of conspiring to limit their ability to participate in civic affairs. “Citizens United is by far the worst thing that has ever happened to this country,” Lerner, who has been accused of targeting conservative political action committees with undue scrutiny, wrote. “We are witnessing the end of ‘America.’”

Motive and opportunity having been established, we are told that there is nothing to see here. You’re just being paranoid.

It is, however, the nonplused reaction from the public and the watchdog press to the revelations involving the manipulation of intelligence related to the campaign against the Islamic State that is the most disturbing. On August 25, a bombshell report in the New York Times indicated that the Pentagon inspector general’s office was investigating credible claims that CENTCOM officials altered intelligence reports related to ISIS. Those reports had been reviewed by ranking war planners, including the president, and were designed to paint a rosier picture of the state of the campaign than was warranted. Over a month later, dozens of intelligence operatives have come forward to confirm the IG’s findings. Reports regarding terror activity in Iraq were “grossly thrown to the side,” alleges former U.S. Army official William Kotel. “They’ve spent more money and time trying to push down this intelligence … than they have actually spending time and effort on real security,” he alleged of his bosses.

The scale of this scandal, as exposed in a recent piece published in The Daily Beast, is chilling. “Some analysts have also complained that they felt ‘bullied’ into reaching conclusions favored by their bosses, two separate sources familiar with analysts’ complaints said,” the report read. “In some cases, analysts were also urged to state that killing particular ISIS leaders and key officials would diminish the group and lead to its collapse. Many analysts, however, didn’t believe that simply taking out top ISIS leaders would have an enduring effect on overall operations.” How high up the chain does this culture of corruption that prevailed at CENTCOM lead? Who knows? No one is asking.

It is simply too coincidental that this White House, which wanted nothing more than to avoid becoming embroiled in a new conflict in the Middle East, was being fed intelligence that reinforced their preferred preconceptions. It is the height of irresponsibility for an informed citizenry to learn that the commander-in-chief of the military was allegedly being misled by his subordinates, putting American interests in jeopardy in the process, and to simply brush it off as the cost of doing business.

Do Americans no longer care about good governance? Has the public grown so inured to scandal that most are willing to dismiss them or to excuse them when they arise? Is the popular political press so committed to preserving the mythology surrounding this administration that it would abdicate its responsibilities to the public? The reprehensible revelations above are just a handful of the abuses of public trust that have occurred over the last six years.  Americans have grown complacent over the course of Barack Obama’s presidency. A sense of disillusionment that would shrug off these and other misuses of the public trust is unnerving and dangerous. It is a level of dissatisfaction that paves the way for Caesarism. For the sake of the republican ideals, the voters and the press must get serious about holding this White House to account. 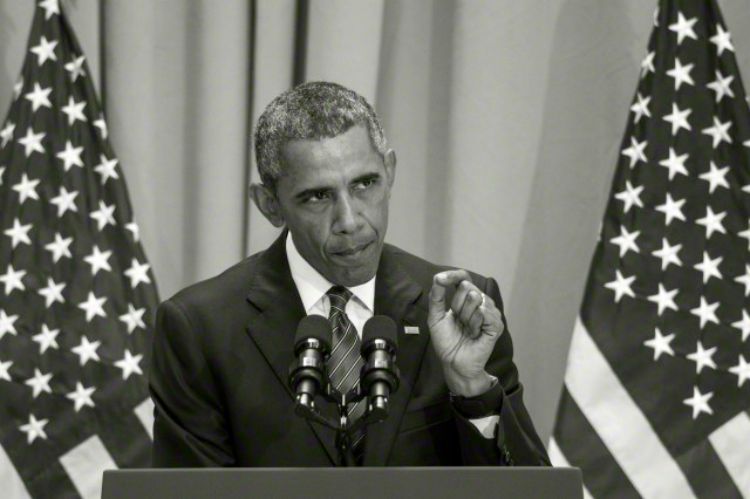