It turns out that promising voters the world with almost no undesirable tradeoffs is a popular proposition. That may not be a particularly novel discovery, but the Democratic presidential candidates auditioning to be the most progressive aspirant in the race have enjoyed great success exploiting it. The liberal Xanadu exists only so long as Democrats agree to pretend its establishment on Earth is a mere question of collective will, but some of the 2020 field’s candidates aren’t playing that game anymore. We’ve reached a new stage of the race in which the central proposition before voters isn’t predicated just on what’s possible but also what’s practical.

Among the Democratic candidates positioning themselves as the centrists, highlighting the cost of Medicare-for-all has been a staple of their campaign diets. As long as this cohort consisted only of Joe Biden (who remains politically wedded to Obamacare) and a handful of Lilliputians, it could be dismissed as mere political positioning. Now that Sen. Amy Klobuchar and South Bend, Indiana, Mayor Pete Buttigieg—a recent convert to the idea that Medicare-for-all is an unrealistic proposition—have joined Biden on the attack, the notion that a single-payer system is an inevitability under the next Democratic president is under significant strain.

For evidence of that strain, we can look to Elizabeth Warren. The senator from Massachusetts announced this week that she would soon produce a plan to finance her version of Medicare-for-all. In the past, she’d implied that new progressive tax schemes could cover the cost of this program (which is, according to estimates produced by the Mercatus Center at George Mason University and the Urban Institute, about $32 trillion over a decade). According to Warren, her proposed tax on wealth would produce $2.75 trillion in revenue over 10 years. That sounds like a lot, and it is, but $2.75 trillion is about what the United States spends on entitlement programs and interest on debt in just one year. And a hypothetical President Warren must still overcome the added hurdles of passing this almost certainly unconstitutional provision in Congress and shepherding it through the courts.

Warren has created another obstacle for herself by already committing all the theoretical revenue she derives from an unconstitutional direct tax on wealth to a variety of other unrealistic proposals. As the Wall Street Journal observed, Warren had dedicated the windfall derived from expropriated private property to funding her proposals for tuition-free college and student-debt cancelation, universal childcare, and increased funding for early, primary, and secondary education. Those programs are estimated to cost, respectively, $1.25 trillion, $700 billion, and $800 billion over a decade.

Indeed, we should not limit ourselves only to a discussion of the exorbitant costs associated with universalizing a program already on a trajectory toward insolvency. After all, Elizabeth Warren isn’t the only candidate in the Democratic presidential race whose raison d’etre rests on throwing open the doors of the U.S. treasury.

The Green New Deal—a plethora of proposals designed to “change the entire economy,” in the words of one of its chief proponents and former chief of staff to Rep. Alexandria Ocasio-Cortez, Saikat Chakrabarti—has secured the support, in part or whole, of much of the Democratic field including its supposed moderates. That legislation is too vague to score conventionally, but some estimates indicate that the plan’s various programs could cost anywhere from $93 billion to $2.5 trillion annually. A federal employment guarantee supported by Bernie Sanders and Corey Booker (and not ruled out by Warren) could cost up to $500 billion per year. The tab for Andrew Yang’s plan for a universal basic income is pegged by the National Bureau of Economic Research at $3 trillion per year, though some, like Kamala Harris, have offered UBI proposals with comparatively frugal price tags (if you can call $270 billion a year “frugal”). If any of these are serious proposals, they deserve a serious audit.

If a new sobriety has overtaken the slate of Democratic political aspirants, it is due in large measure to the party’s progressive wing, which has failed to put its moderates out to pasture. For all the assumptions that Joe Biden’s sluggish and top-heavy campaign would collapse, it has not. Despite the hypothesis that unabashed progressivism had won the hearts of most Democratic voters, it was the party’s moderates who shined in the last debate—and they did so by attacking their opponents from the right. Democratic voters agree with the progressive wing of the party insofar as it is imperative not just to beat the president in November but to have the mandate to pursue and secure policy reforms. As that project becomes more urgent, it’s only natural that those who are invested in its success would grow more serious in its pursuit. An election victory predicated on an unrealizable agenda is as valuable as a victory accompanied by no agenda at all. 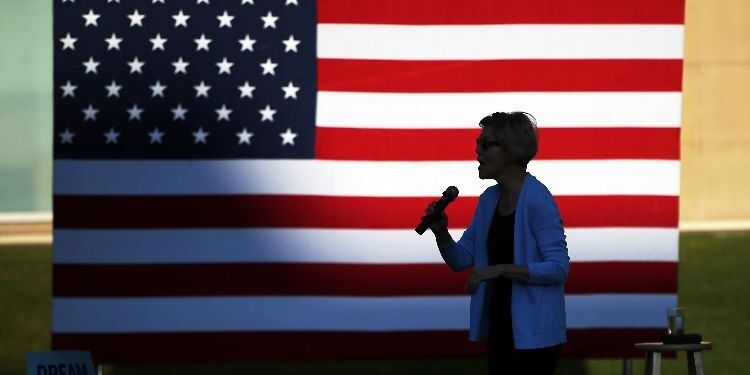