Most public policy amid this pandemic has focused narrowly on a single reasonable objective: restoring as much of the status quo ante as possible without needlessly putting people in jeopardy.

This is a source of both confusion and frustration for those who thought the status quo ante was terrible. Therein lies the progressive conundrum. Among those for whom a crisis is a terrible thing to waste, the public health and economic emergencies brought about by this pandemic are not being sufficiently exploited.

“While many in the country talk about returning to normal, a common refrain is emerging among California’s powerful political left-wing and many liberal leaders across America: Normal wasn’t working,” the New York Times reported. The new leverage afforded Sacramento’s left-leaning legislature has allowed them to rewrite portions of the state’s social contract. “Already, thousands of people have been let out of the state’s jails and prisons,” the Times noted. Families are being provisioned laptops to facilitate remote learning, and the homeless are being herded into shelters and empty hotel rooms. But it’s not enough.

The emergency spending in which states and the federal government have engaged just to preserve as much of our way of life as possible has also foreclosed upon the ambitious spending projects progressive reformers envision. In California, two grand ideals—providing medical insurance to non-citizen residents and expanding state-backed childcare—are probably no longer feasible.

The sense that this once-in-a-century nightmare is really one big missed opportunity is pervasive among progressives in Washington, too. For those on the farthest end of the liberal spectrum in Congress, the pandemic has provided them with “a sense of hope,” according to Politico. “They see a federal government finally willing to spend massive sums on long-neglected health and social programs, and say it’s time to push for policies that would otherwise never stand a chance of a floor vote,” the report read.

This charitable description of a rather perverse reaction to an event that is responsible for death, precarity, and hardship on an unimaginable scale is the kind of dispensation conservatives can only fantasize about. The right is, however, better off without this kind of encouragement.

The progressive wing of the Democratic Party is informed in this dispatch that, despite their “policy-savvy” senior leadership and the star power exhibited by new members like Alexandria Ocasio-Cortez, “progressives have often struggled to successfully wield their influence to shape legislation.” Thus, the Democrats’ left flank is asked only to ponder why their adversaries are so effective rather than the unthinkable notion that their demands are unrealistic and undesirable.

The legislators advocating a “people’s bailout” are demanding another round of legislation that would relieve individuals of the financial burden associated with student debt, rent and mortgages, and procuring protective medical equipment. They would like to see the federal government use this opportunity to mandate paid family and sick leave for all workers, as well. And they’re through taking no for an answer.

In progressives’ estimation, the time for what Politico characterized as the left’s preference for “quiet diplomacy” is over. As AOC put it, what’s needed now is “outside agitation” focused on curing Democrats of their circumspection and prudence. This is deluded.

Democrats attempted the AOC strategy back in March, and it was a spectacular debacle. Amid an urgent crisis and as everyone’s ox was being gored in the effort to put money into the pockets of American individuals and businesses with as few strings as possible, Senate Democrats failed to support a motion to open debate on a massive $2 trillion economic assistance package. They had been sandbagged just hours earlier by Speaker Nancy Pelosi, who introduced a competing bill that was nothing short of obscene.

Her bill included billions of dollars in grants to institutions such as PBS, the Kennedy Center for the Performing Arts, and even Washington D.C.-based charter schools. If they wanted lifesaving bridge funding, the bill would have compelled airlines to meaningfully offset their carbon emissions. It would have required the federal government to “expand the use of minority banks and minority credit unions.” It would strengthen collective bargaining rights for public-sector unions, and it would have established federal guidelines for early voting and same-day voter registration. It was, in sum, a sop to progressive interest groups under the guise of emergency relief.

This utterly tone-deaf display of maladroit political instincts exploded on the tarmac, and it left Pelosi and her caucus on the outside looking in as the Senate crafted and passed a relief package that met the measure of the moment.

If progressives enjoyed the benefit of a hostile media environment, someone would surely tell them that this disaster did them and their cause no good. Instead, the progressives are the perennial protagonists of a tale in which virtually all their colleagues are caricatured antagonists. So long as progressives are allowed to believe that everyone else is the problem, their efficacy will be handicapped. 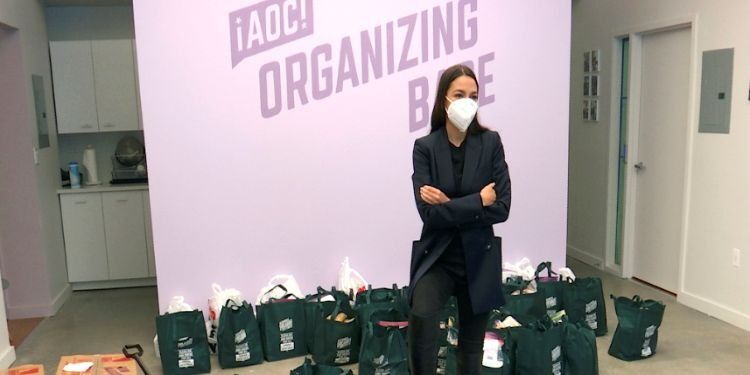