The scourge of socialism did not slide beneath history’s waves on Christmas Day 1991, after the fall of the Berlin Wall and the collapse of the Soviet Union. It turns out that the character of the world’s last Marxist regimes is as hostile and oppressive as ever, and it has fallen upon the United States to confront them. And America is doing just that. In the process, it is shaking the dust off the Western world’s atrophied moral conscience.

In Venezuela, the long-anticipated crisis is here. The Bolivarian Revolution ushered in by Hugo Chavez, the founder of the United Socialist Party of Venezuela, has collapsed in on itself. After years of economic hardship, privation, creeping despotism, and occasional outbursts of violence, Chavez’s successor, Nicolas Maduro, has assumed all but dictatorial powers. In the successful pursuit of total income equality, Venezuela sacrificed its role as one of the region’s richest nations. It’s now among the poorest and most tyrannized.

Over 120 have died amid anti-government protests this year. Political opposition figures are shot in the streets or whisked away by intelligence services in the night. Stubbornly independent elected bodies are circumvented by the state. Abroad, political exiles are preparing to return home armed and absent any legitimate alternatives to oppose the government in Caracas. The worst case scenario may be inevitable.

In a stark contrast to his predecessor’s wait-and-see approach to the violence in Venezuela, the Trump administration imposed sanctions on regime officials just days after entering office. Last week, the list of sanctioned officials was broadened to include Maduro himself. Following a fraudulent referendum over the weekend that yielded to Maduro the ability to override the opposition-dominated legislature, the Trump administration responded forcefully. “The United States condemns the actions of the Maduro dictatorship,” Donald Trump said in a statement. The president added he would hold Maduro “personally responsible for the health and safety” of the opposition figures he had arrested.

The Venezuelan junta is not merely a threat to the people of Venezuela; instability in a nation flooded with arms, narcotics, and recently unemployed members of the Communist insurgent organization FARC is a threat to the region. It falls on the United States to address it, but Venezuela isn’t the only socialist state that is bringing the world to the brink.

On Wednesday morning, the United States test fired an inert intercontinental ballistic missile in the Pacific. An ICBM has one purpose: the delivery of a destructive warhead. There can be no mistaking for whom this display was intended.

The Trump administration was bequeathed a crisis in North Korea that has been building for decades. Experts believe that Pyongyang is rapidly developing a reliable ICBM capability and an arsenal of miniaturized nuclear warheads. Their latest missile test is thought by experts to represent a potential threat to North America and could travel as far as Denver or Chicago.

The threat posed by the Democratic People’s Republic of Korea is becoming intolerable, and it will have to be neutralized soon—either via diplomacy or by force. This is a regime that cannot be deterred through traditional methods and has no qualms about executing terrorist attacks using weapons of mass destruction on foreign soil. The DPRK armed with deliverable nuclear weapons is a prospect the United States will not and should not tolerate.

The DPRK is a gulag state that imprisons whole families in the most brutal conditions. Its prison guards are believed to have tortured the American college student Otto Warmbier, resulting in his death after being locked up for the alleged crime of stealing a propaganda poster. North Korea threatens its neighbors, starves its people, cultivates and exports narcotics, and provides the world’s most dangerous regimes with sophisticated weaponry. This regime might not have survived the Cold War if it were not for its Marxist (albeit, in name only) patrons in China.

Frustrated with the slow pace of progress in the effort to compel China to bring their vassals in Pyongyang to heel, the Trump administration is turning from carrots to sticks. In June, the White House imposed sanctions on a Chinese bank involved in trade with the regime. A more obvious sign that the White House has given up on its so-called partners in Beijing is the revelation this week that the White House is going to get serious with China on trade.

They are not focusing on the fanciful notion that cheap Chinese steel imports somehow impede the Great American Project, but the real and costly matter of Chinese disregard for American intellectual property rights. The danger posed by China’s disregard for the integrity of American high-tech firms and the market-distorting subsidies and loans the People’s Republic it provides to its own tech sector amount to a threat to American economic security. That peril is not new, but the United States has begun to treat it with the seriousness it deserves.

With China’s efforts to undermine geopolitical stability by creating an air-and-naval base in the South China Sea, threatening the integrity of international shipping lanes, The PRC is looking more like a revisionist power every day. Given that, Beijing’s efforts to size American property and shield its pariah state ally from censure have finally become unacceptable.

This is not the Cold War, but the socialist threat has not disappeared. Socialist regimes continue to menace their regions, oppress their people, and pose a risk to American national security. With rare bipartisan consensus, the United States is reengaging in the noble fight against an authoritarian ideology. 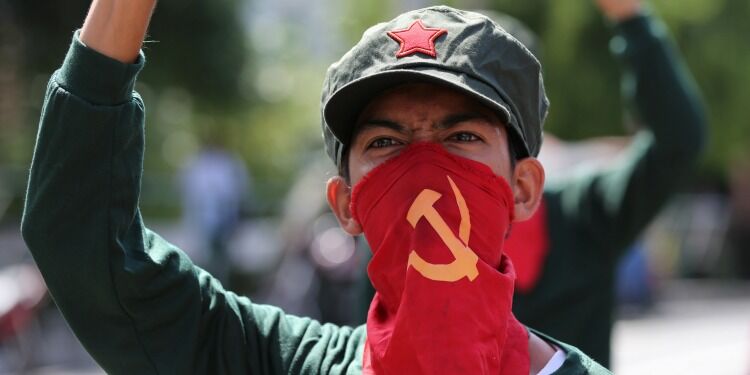