Despite three consecutive months of near-daily episodes of violence, vandalism, and harassment in American streets, the left still has no idea how to talk about this phenomenon. We’re told that the civil disorder in American cities is, by and large, peaceful in nature. We’re told that the very notion that organized mobs are laying waste to American streets is the product of an elaborate right-wing misinformation campaign. When the left deigns to acknowledge its existence, we’re told that the violence is an indictment of our “decrepit democracy.” Ultimately, though, the message the left and their allies in media may end up settling on is the one trotted out by ABC News on Tuesday morning: The perpetrators of violence have betrayed the cause of social justice.

Following an investigation, ABC News concluded that “a string of fatal and non-fatal confrontations” are “not directly linked to peaceful civil disobedience.” It apparently did not occur to ABC’s editorial staff that fatal confrontations tend not to result from “peaceful” anything. But we soon learn that this convoluted sentiment was only a setup to another, somehow more tortured resolution: “Some of the deaths have allegedly been perpetrated by suspects with their own agendas that do not include social justice…” This is the sort of sentence that can only be published by an institution that regards the phrase “social justice” as little more than a synonym for “good.”

ABC’s dispatch focuses on a handful of the most high-profile episodes of murderous violence, and notes that some were “carried out by agitators seeking to use the cover of the protests for their own purposes.” And yet, these anecdotes do little to dispel the quantifiable conclusion that a staggering amount of violence has followed in these protests’ wake.

To be more precise, according to a Princeton University-affiliated study, 220 American locales experienced “riots.” That may constitute “an overwhelmingly peaceful movement,” given that the protests that erupted in the wake of the killing of George Floyd represent the largest protest movement in American history. Still, these violent displays are widespread, and they’re not going away.

The level of disinterest that the academic community, the press, and the Democratic Party have displayed in determining why these demonstrations are so uniquely violent is inadvertently belied by ABC’s framing of the issue. The perpetrators of these contemptible acts of terror and vandalism are not betraying the modern tenets of social justice. They are adhering to them.

Why are Black Lives Matter demonstrators marching in places like Oakland, California and Brooklyn, New York chanting “death to America?” Why have the protests in so many American cities evolved beyond “the race thing” to focus more on “class warfare” and anti-capitalist agitation? Why do mobs seek to deface monuments to towering figures in American history without any regard for the lives they led or the beliefs they held? Because this movement is the consequence of philosophical training dedicated to the proposition that the United States is illegitimate.

Social-justice devotees have long argued against the remedy for racial strife toward which the Civil Rights Movement strove: colorblindness. UCLA Critical Race Studies fellow K-Sue Park argued in the New York Times that “colorblind logic” has “never secured real freedom or even safety for all.” The path toward racial enlightenment is, in fact, racial hyperawareness and benign segregation. It’s a philosophy that contends the freedoms enshrined in the Bill of Rights—free expression, foremost among them—conflict with the pursuit of “racial justice.” At least, that’s according to a 2017 open letter signed by 200 ACLU staffers.

Social justice prescribes a value system that regards American institutions with contempt—particularly those tasked with meting out the kind of impartial, unqualified justice we seek in American courtrooms. That’s why this philosophy’s adherents sought to reinterpret Title IX guidelines to adjudicate on-campus sexual-assault claims outside of such a venue, where standards like the right to confront your accuser or to be represented by an attorney could be abridged. It’s an idea that has contributed to the increasing acceptance of censorship and violence as legitimate forms of political expression. Indeed, they are essential tools for countering speech that this movement’s adherents regarded, quite literally, as physically traumatic.

In this current iteration, the pursuit of social justice has yielded taxpayer-funded struggle sessions in which federal employees are forced to implicate themselves in acts of racism—whether they occurred or not. It seeks to stigmatize concepts like “rugged individualism,” “a can-do attitude,” “politeness,” “the nuclear family structure,” and “delayed gratification” because these are the pillars that buttress American civil society. As Abe Greenwald observed in his diagnosis of this revolutionary moment in American history, the movement’s growing list of things that need “defunding” or outright dissolution isn’t mission creep but the purest expression of its ideals. As law professor Amna Akbar confessed in the New York Times, “The people making these demands want a new society.”

And that’s because social justice, as its theorists and practitioners have long understood it, is incompatible with the existing American social compact. It sees justice as a commodity to be redistributed. It regards people not as individuals but as representatives of the various traits they inherited at birth, burdened with guilt for crimes they did not themselves commit. It regards with contempt the “civility-fetishizing” liberals who “cling to institutions.” And it is all too quick to make excuses for those who appeal to violence in its name.

Social-justice activism too often manifests in a vote of no confidence in the American system. It does not seek incremental reforms. It does not wait for investigations to conclude before rendering its verdicts. It does not work to remove obstacles to the pursuit of just outcomes through the democratic process. It regards all these tools of a functioning society as the materials of the insufficiently committed.

It should be no surprise that thrill-seekers, sociopaths, and common criminals have incubated in this same primordial soup, and some of them are making the most of this opportunity. But the opportunity was not of their making. What we’re witnessing is an environmental circumstance brought about by a concerted campaign to transform the American idea into a lie. We should not be surprised by what we’ve seen in American streets this summer. And until we identify its root causes, we will see a lot more of it. 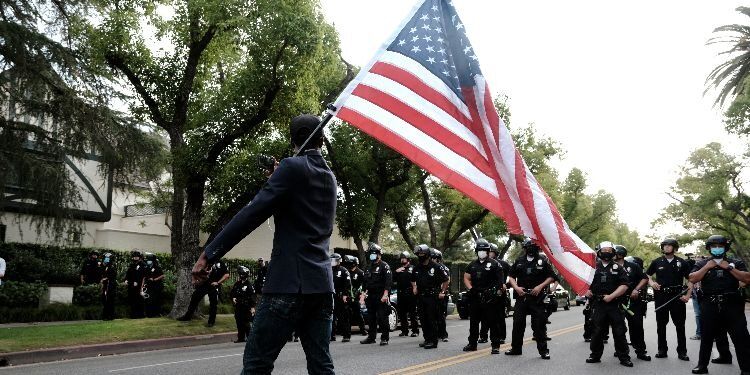 The Mayors Whose Names You Don’t Know