We are in the grip of some magical thinking. The cascade of controversies, unforced errors, and erratic behaviors gumming up the works in Washington D.C. is a feature of the Trump presidency, not a bug. Some observers appear shocked that a candidate who ran on destabilizing the American political equilibrium has delivered instability. Now, with the GOP agenda in Congress stalled amid a suffocating barrage of scandals, some on the right are calling for the president to consider resigning. Or, at the very least, the vice president should consider resigning. Or maybe the Congress should remove the president. After all, something has to give. Or maybe not, say some unduly optimistic Capitol Hill staffers. With Trump tied up in his own web, maybe the real legislative work can begin unobstructed.

This all sounds like trying to bargain with fate. The window in which real legislative achievements could be secured is closing rapidly. Its closure would mark the end of the most promising moment for the GOP in modern history.

Candidate Trump was billed as the quintessential businessman; a no-nonsense type with exceptionally high standards, zero tolerance for excuse-making or buck-passing, and a near manic focus on the details. He alone could tackle the unwieldy congressional beast and make it work for The People. Writing in The Federalist, Kurt Couchman speculated bizarrely that Trump might take an interest in reining in the imperial presidency. His White House might help to curtail executive branch authority, identify unnecessary legislation still on the books, and even oversee the streamlining of Congress’s organizational structure. Clearly, the first step toward realizing this fantastical vision would have been for Donald Trump to take any interest at all in governance.

What the president has done instead is to throw up obstacles before the Congress. After much debate and one aborted attempt at a vote, the House finally passed an ObamaCare repeal bill on May 4. That version of a health care bill arrived at the Senate in bad odor. Having declared that the House version would not pass the upper chamber as written, “working groups” began crafting their own language. The speed with which the work was engaged reveals the urgency of the matter.

There “really is no deadline,” said Sen. John Cornyn. “We are just working toward getting 51 votes.” That would mean that the legislation the Senate considers would have to fall within the parameters and timeline necessary to pass it through the Budget Reconciliation process. By statute, that has to happen by mid-June before the window closes (reopening again in the autumn, when the 2018 campaign season will be in full swing, making tough votes on sweeping reform legislation an undesirable prospect). Tax reform is supposedly dependent upon the savings that would accrue from the repeal of ObamaCare, so that, too, will have to wait. Immigration reform, an infrastructure bill, an IRS reform bill, the border wall, passing a budget; this ambitious legislative agenda is already behind schedule. Now Trump may be derailing it entirely.

When Trump unexpectedly let FBI Director James Comey go, it compelled the U.S. Senate to drop what it was doing—including a health care markup and the reauthorization of a program that funds the FDA—to handle the fallout. The debris from that bombshell hasn’t finished settling over the political landscape. A revelation that Comey took copious notes on his meetings with Trump, including one alleging that he was probed about the investigation into former National Security Advisor Mike Flynn and asked to “let this go,” has sent the Congress into a tizzy. Hearings will convene, Comey will be summoned to testify—as he surely wants—and Congress will be consumed by an investigation into this political scandal (to say nothing of the contentious hearings in the Senate over the confirmation of the next FBI director).

Add to this Donald Trump’s ill-conceived decision to take a meeting with two ranking Russian diplomats in the White House and it’s nothing but trouble. Looming above all of this is the prospect of impeachment (or the invocation of the 25th Amendment), which Republicans will resist until the minute the pressure on them becomes irresistible. They would calculate—accurately, in my view—that support for the GOP will crater if their party’s leader is subject to that kind of censure from his own members. For Republicans, the path of least resistance is to march sheepishly toward November 2018 standing behind their party’s titular head, come what may. By the time the Republican conference comes around to the notion that extraordinary remedies are necessary to get their agenda back on track, it will be too late.

The GOP is in the best political position it has seen in nearly 100 years, and the party enjoys a mandate to pursue serious conservative reforms. The election of a game show host to the presidency may have spoiled it all. If the last two weeks are any indication, Trump will continue to invite controversy and sow chaos, making the GOP’s life in Congress that much harder. In all likelihood, the Republican Moment is already lost. Pundits of the Right can bray about media bias, fake news, squishy moderate RINOs, and “deep state” subterfuge all they want, but posterity will record precisely who it was that lost it. 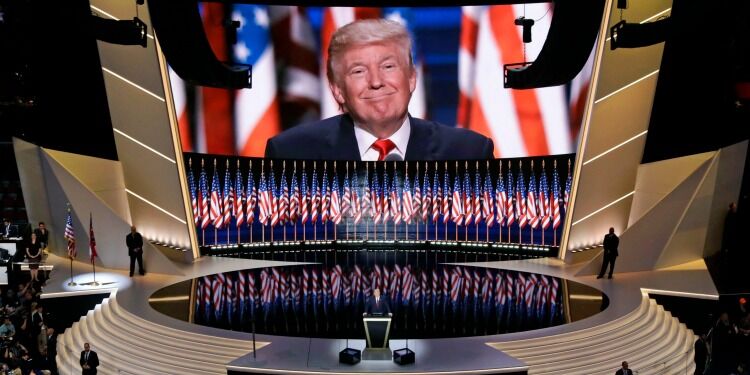